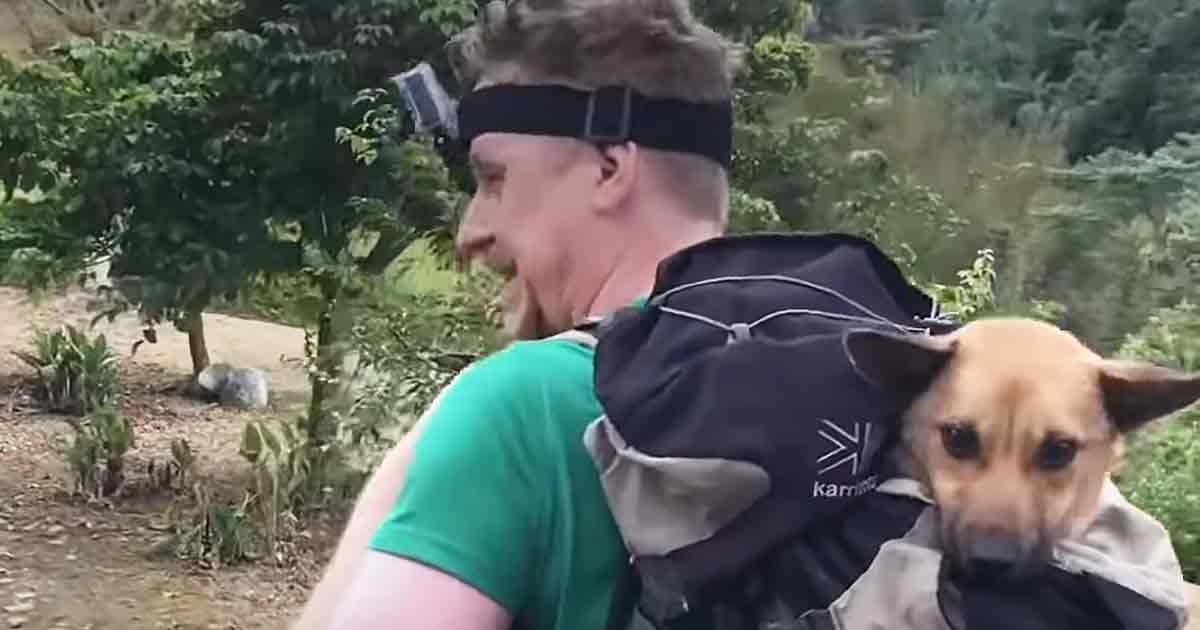 When Sean McCormack, the founder of Animal Care Trust saw a post online about a sick puppy in a remote Taiwan village, he decided he would help the little one.

It was 2:45 a.m. when Sean and Ross Tweedie, the owner of Taiwan Adventures, set out on their journey. Ross warned at the beginning of their journey that this was not a trip one decided to do in one day.

While Ross was prepared for the journey, Sean had no way to prepare or train for this hike. “For [Ross] it was like a walk in the park,” said Sean. “For me, like, it was the most difficult thing I’ve done in my life.”

After a grueling morning trek, Sean and Ross finally arrived at the village, but when they arrived at the doghouse where the dog should have been. For a moment, they panicked, but then they found the puppy hiding under some stacks of chairs.

The puppy immediately bonded with Sean, letting him clean and bandage his wounds. “We both felt like he kind of knew,” said Sean. “He knew we were there to help him.”

While they were worried about how the injured puppy would do in the backpack on the way down, Sandy was patient and calm. “This dog has to get adopted,” said Sean. “He’s a perfect dog! Look at him!”

Fortunately, it did not take long after his treatments for Sandy to find a forever home. The man who was supposed to foster him fell in love within days and decided to give Sandy a permanent home. 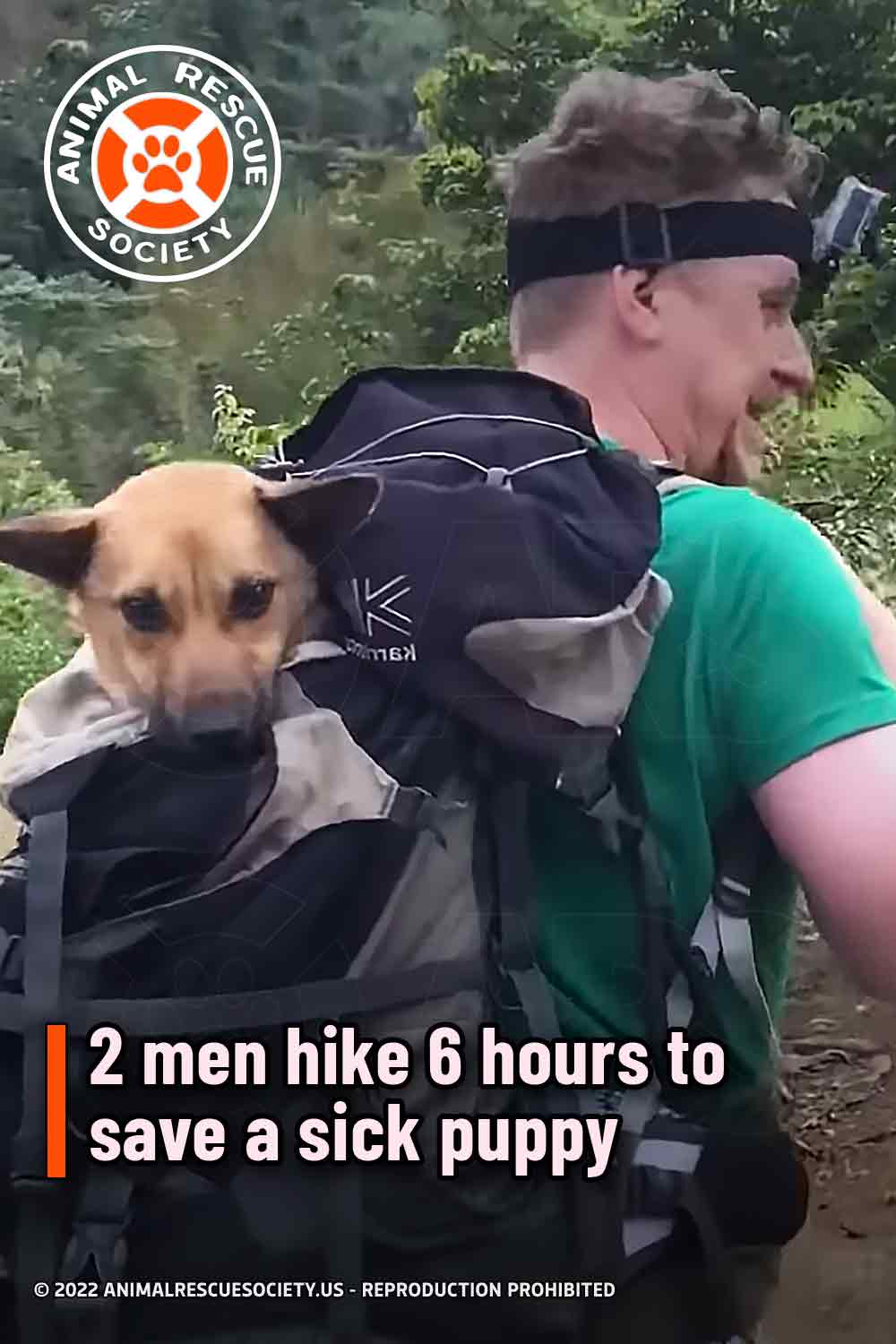