The idea of a four-year-old child making friends with a baby deer might sound like a story straight out of a fairytale, but that was what happened to Stephanie Brown’s son, Dominic.

Dominic and Stephanie were at the end of their holiday at Massanutten Resort in Virginia when Stephanie started to pack up to leave. While she loaded up the suitcases, she had her son play outside.

While Dominic was outside, he encountered his new friend. It was not clear how Dominic endeared his new friend to him, but when the deer decided to follow him, he knew he wanted to show his mom.

When Stephanie opened the door, she was dumbstruck. Fortunately, she had enough sense to capture a few photos of the duo on the porch, and when she shared the images on social media, they immediately went viral.

In an interview with ABC, Stephanie reflected that the entire experience was so surreal. “I was in shock. I was like, ‘No way. My mind is playing games with me’,” Stephanie said.

For Dominic and the baby deer, however, this entire situation seemed as normal as could be. “It wasn’t like anything strange for him, it was so weird,” said Stephanie. “They were just in sync.”

Dominic named the deer Flash after the comic book superhero. While he could not take his new friend with him, this was sure to be a memory that would stay with Dominic and his mom for life. 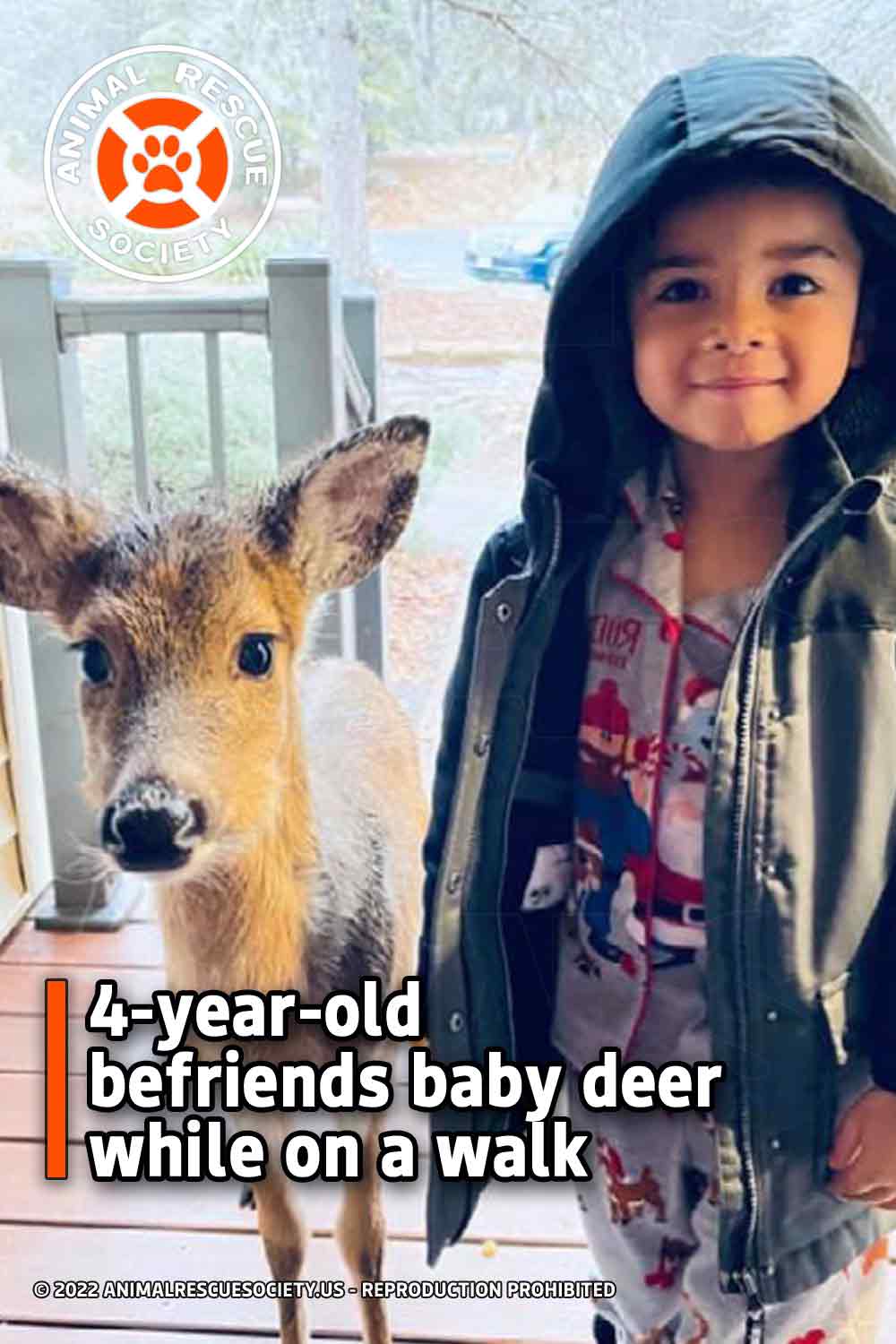