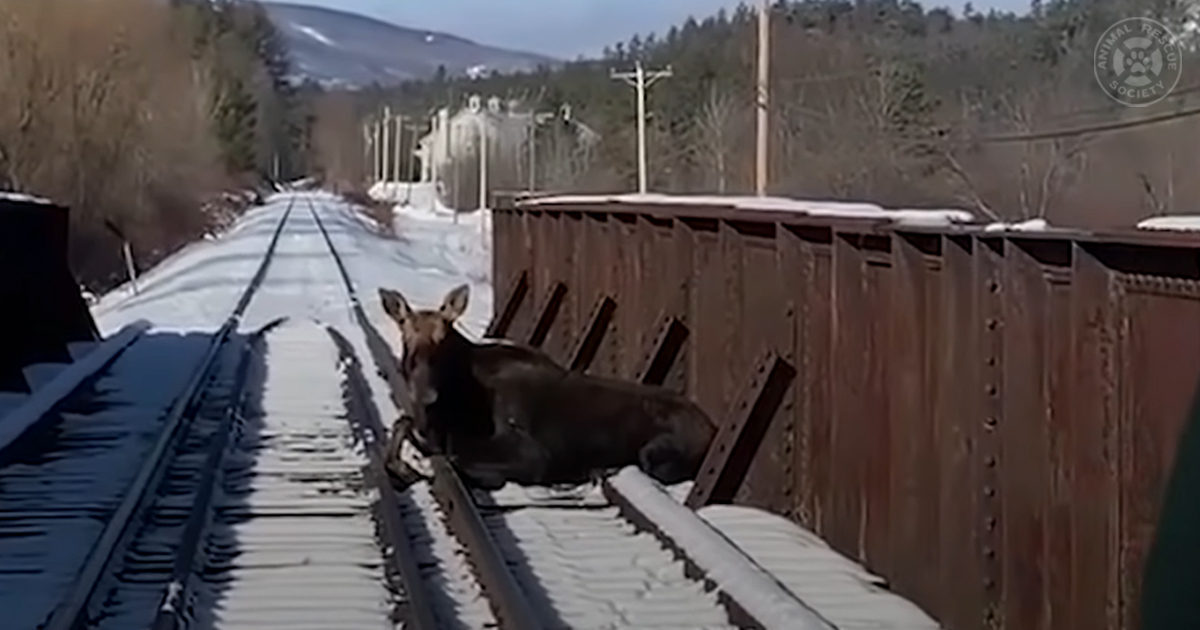 A video of a moose that got stuck in a precarious situation is inspiring viewers worldwide. The poor animal got stuck with its hoof in between railroad tracks, and its survival depended on immediate intervention.

The moose was spotted in Springfield, Vermont, as it was frantically trying to free itself from the railroad track. It is not easy to help such an animal in distress. They are inherently scared of people and might hurt someone or themselves if the proper rescue measures are not implemented.

The animal had to be tranquilized by a biologist first. Only after it was subdued could people approach it to assess the situation. They managed to free the sedated animal, but they couldn’t just leave it there.

To remove the sleeping animal from the tracks, they used a lift and a truck that the railroad company sponsored. It was a tiring and challenging process as moose are hefty animals.

The largest moose ever recorded in the world weighed 1,808 pounds. That was in Alaska in 1897, and luckily this moose was much smaller. At 700 pounds, this moose was still not easy to manage.

After the sleeping beast was lifted onto the truck, it was taken not far away from where it was trapped in the railroad track. Event the Springfield fire department came to help the poor animal.

One viewer commented: ‘Interactions like this between people and animals just make my heart sing. This is precisely what we should be doing.’ This feel-good video brings out hope in people, and that is why it is becoming so popular. 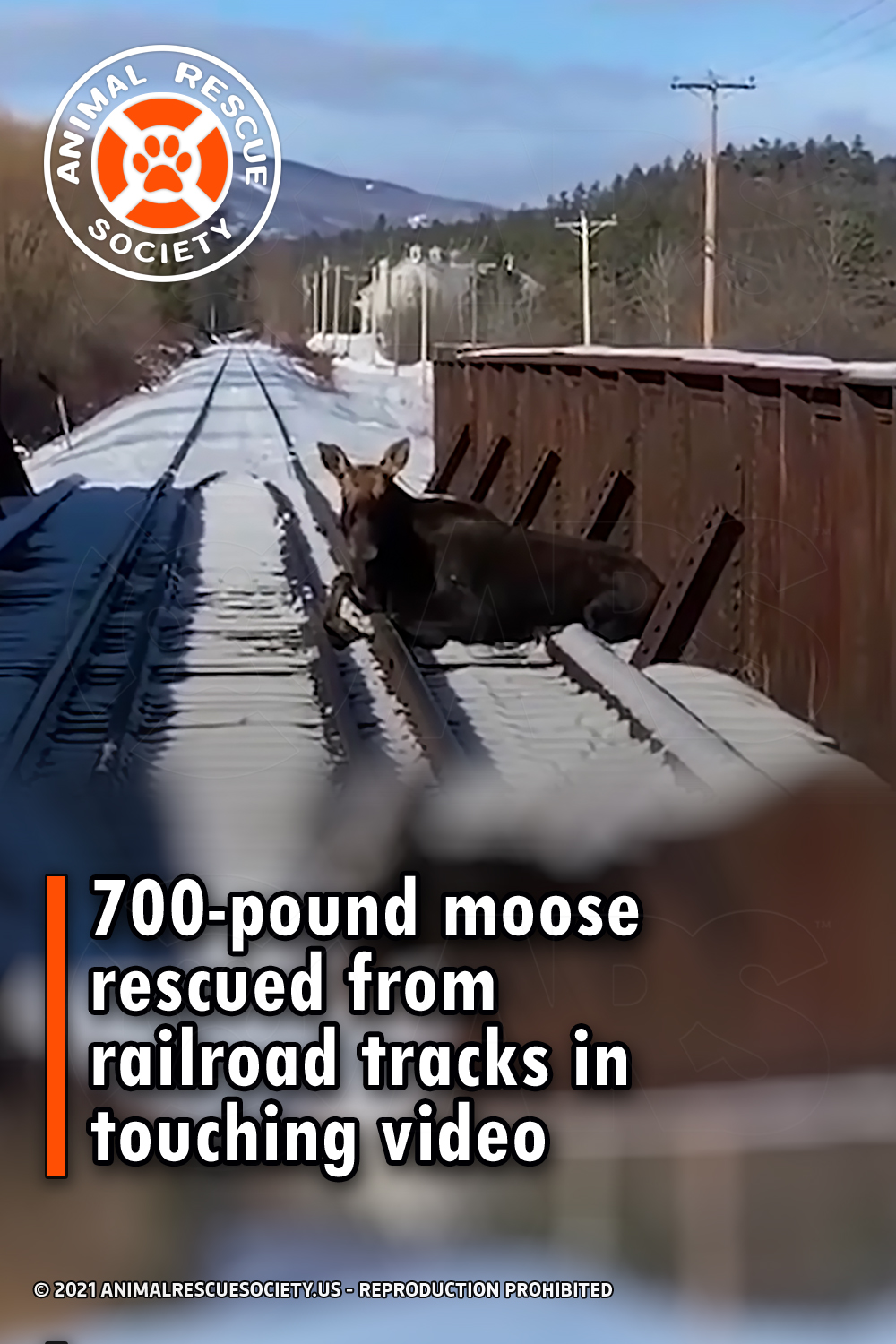