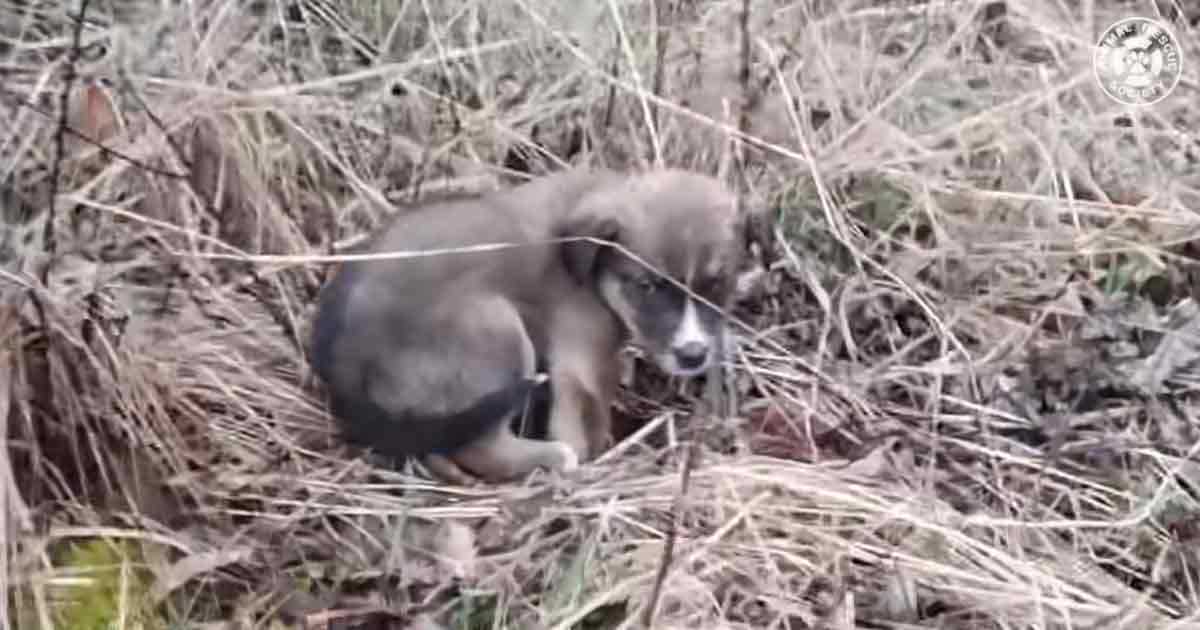 It was a cold, wet day when Paw Squadron received a call about a puppy whose family had dumped him in a village after deciding they did not want him anymore.

When rescuers arrived on the scene, they searched the immediate area, but they had little luck finding the puppy. Fortunately, right before the team had to leave, they saw the puppy and approached him.

At first, the scared puppy tried to run away, so the rescuers approached him slowly to keep him from escaping. But even as they drew closer, the puppy was terrified.

Finally, the puppy came to his rescuer, and the team carried the little one back to the car. After giving the nervous pup some food, they took him to his temporary home, where he received his first bath.

For the first time since his previous family had abandoned him, the puppy was clean and flea-free. In celebration, the rescuers treated him to a “royal dinner” of wet food. Finally, the puppy seemed to settle into his surroundings.

After his tasty meal, the puppy had a big day in store for him. First, he visited the vet, and then he made friends with the rescuer’s Jack Russell Terrier. After that, the pup settled in the rescuer’s lap for a much-needed nap.

Thanks to his rescuers, this adorable puppy was able to get his second chance at life. His rescuers were hopeful that this little fur baby will find his forever home soon. 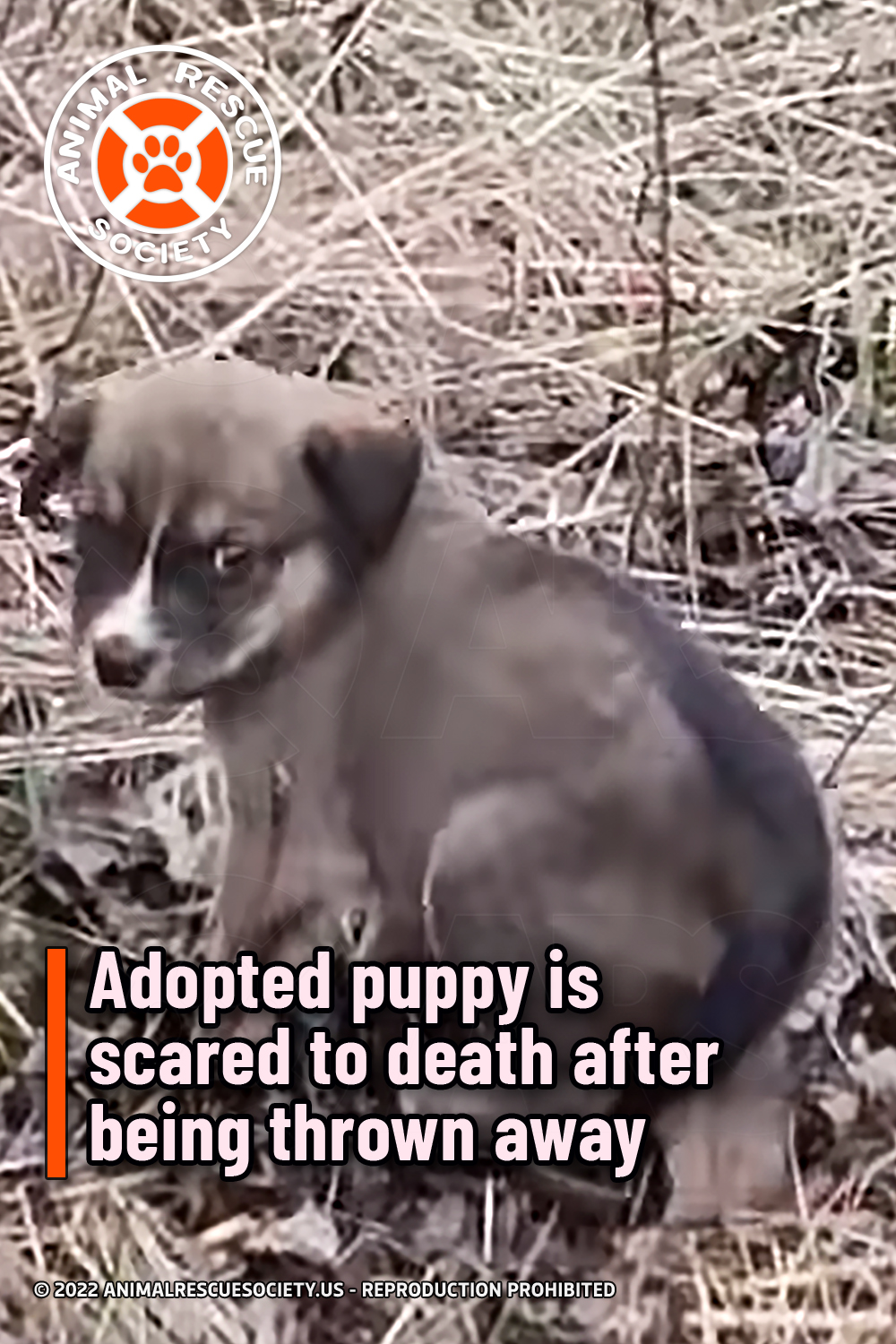