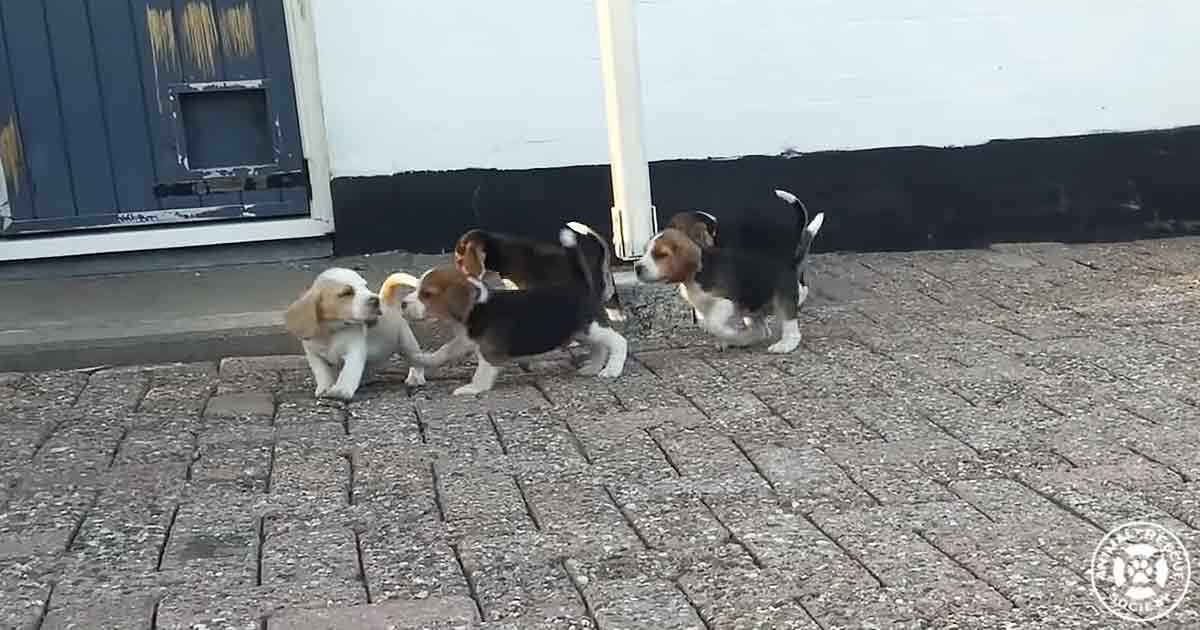 The best part about being a puppy parent is being by your fluffy pup’s side as they experience their first times. And thanks to this video, we get to be alongside these Beagles for one of their firsts.

At just five weeks old, these puppies got to have their first playdate outside, and the resulting video was adorable. All five of the little ones were having the time of their lives.

With their watchful mom keeping an eye on them, the babies wrestled, raced about and hopped across the cement, and every tail outside was wagging as hard as it could.

But the puppies did not reserve their play with one another. One playful pup tried to rope the person behind the camera into the fun by grabbing onto their shoelace and tugging as hard as possible.

Another puppy got creative with finding a toy and used a piece of plastic they found. As it turned out, the plastic was a hit with the rest of the puppies, and an adorable wrestling match ensued to decide who would keep the toy.

But that was not the only toy the puppies had. The person behind the camera made sure to bring a real dog toy, too. They handed it to one little one, and she loved it.

All in all, the puppies’ first outdoor adventure was a smashing hit with all the cute pups. Whether they were playing with the filmer, one another or their toys, they succeeded in being completely adorable. 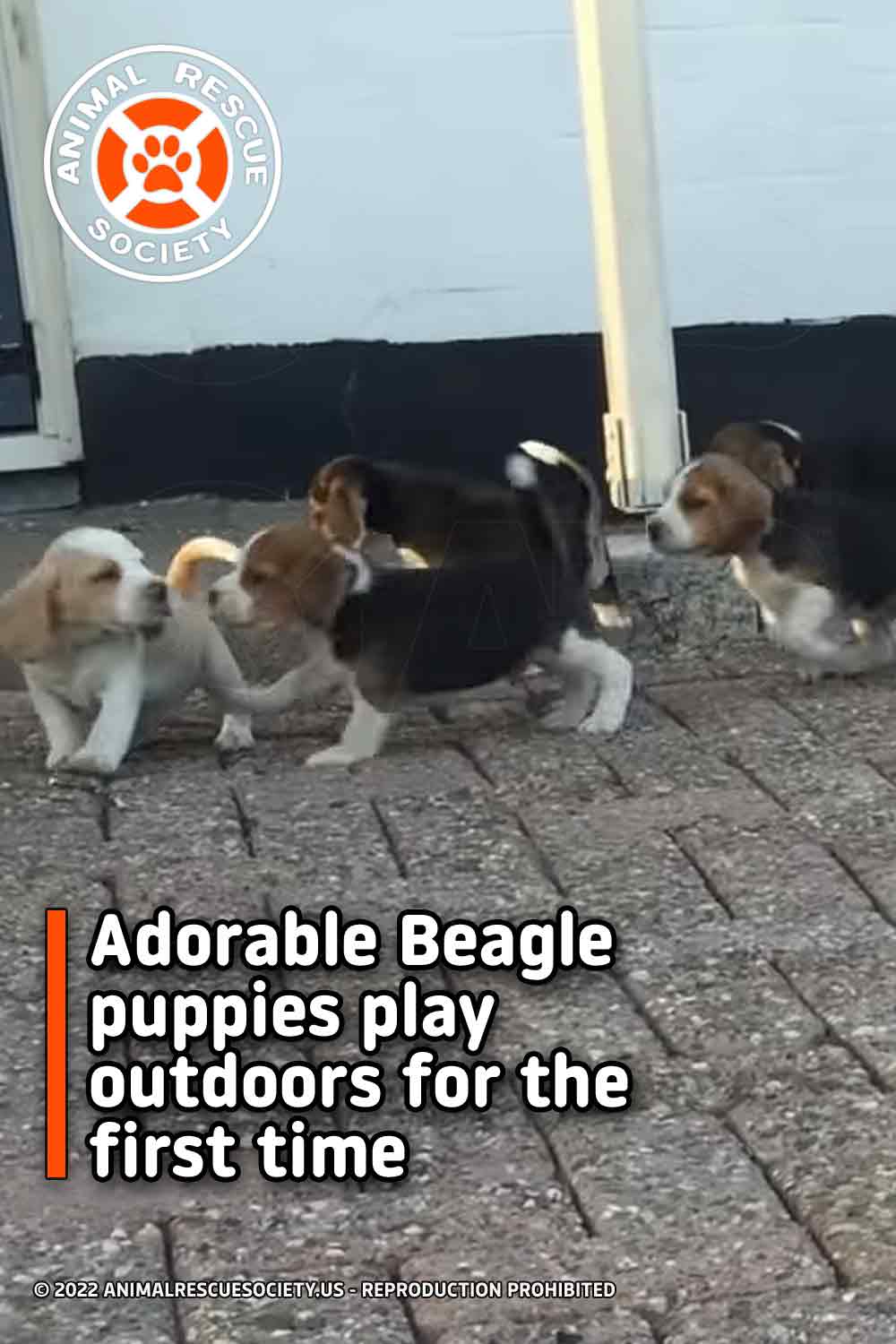