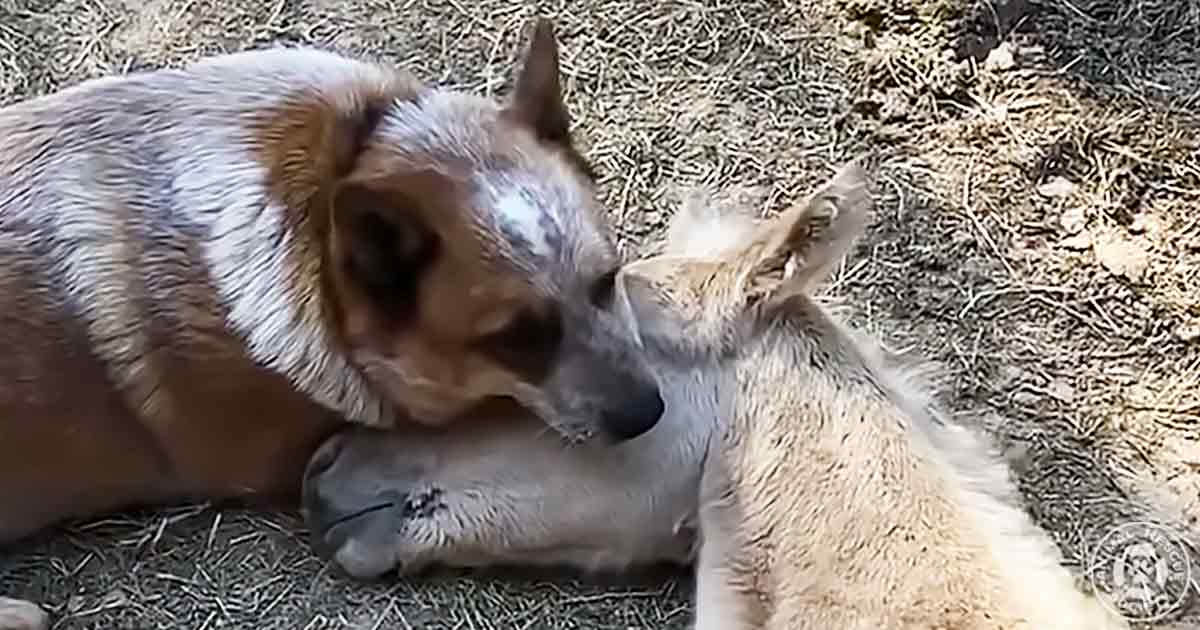 Tye is a foal whose mother died a few days after his birth and a five-year-old dog named Zip stepped in to help take care of Tye. 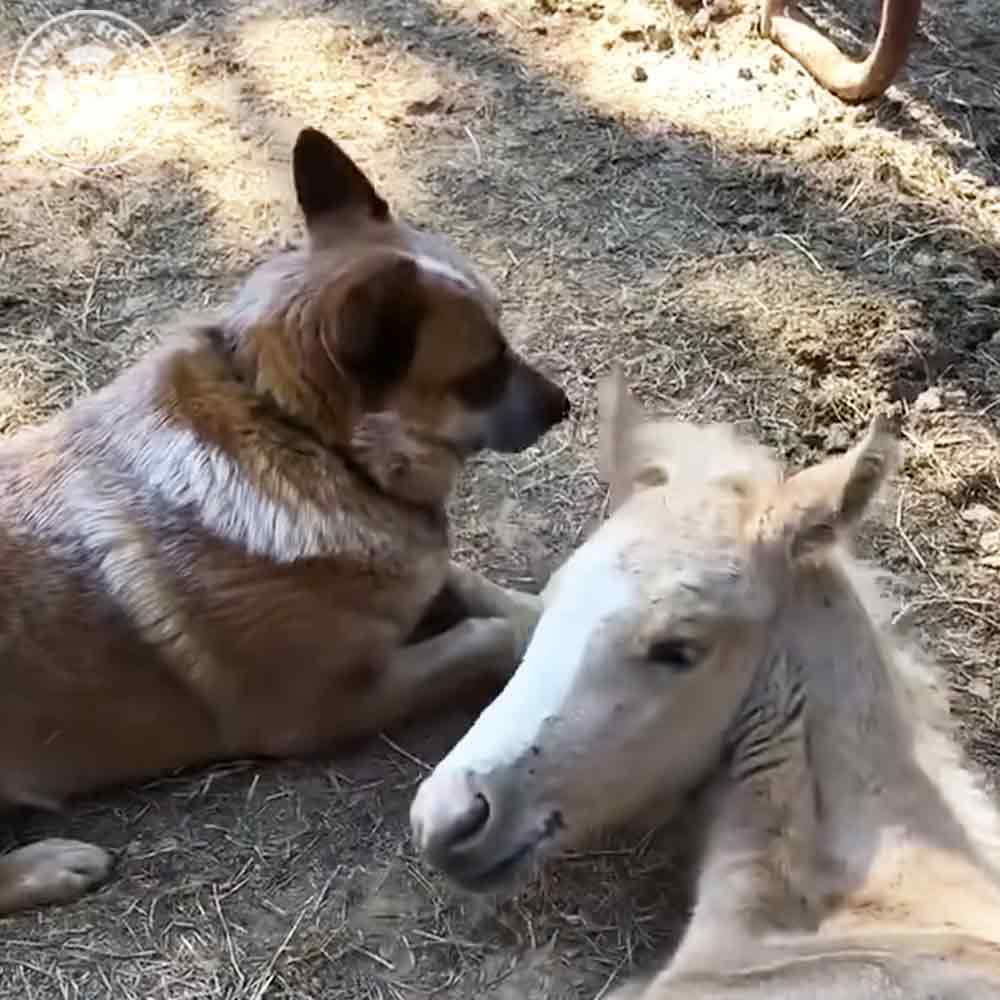 Zip is an Australian Cattle Dog who ended up being the adoptive father of Tye. Ever since Tye’s mother passed away, Zip has been keeping an eye on the young foal.

Tye was only nine days old when he lost his mom, and Zip knew right away that the child needed love and care. Without even being told to do anything, Zip when to Tye’s side right away. 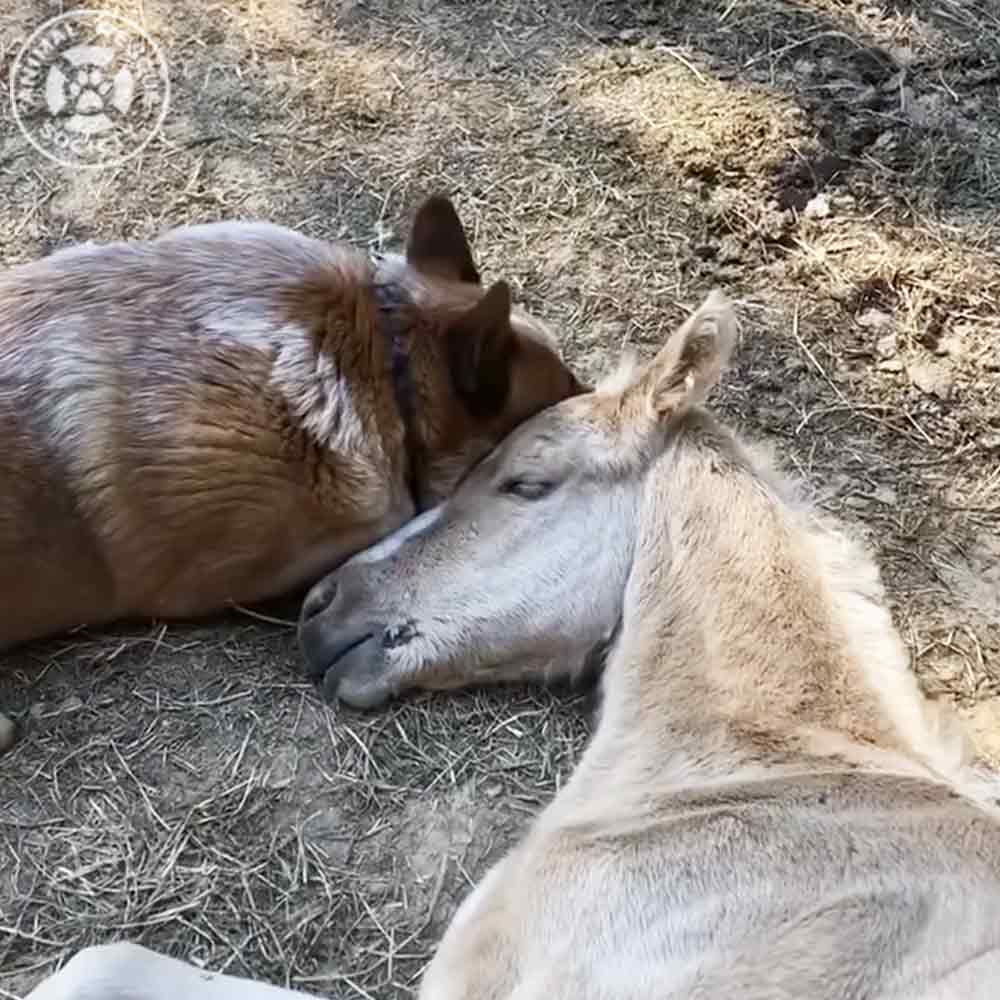 When they aren’t playing together, Zip can be seen resting by the head of Tye as the petite horse sleeps. Zip never used to be interested in horses before.

It was the baby Tye that changed Zip’s mind. Zip could somehow tell that Tye was lonely and needed him when it mattered most. He is an incredibly intelligent and attentive dog. 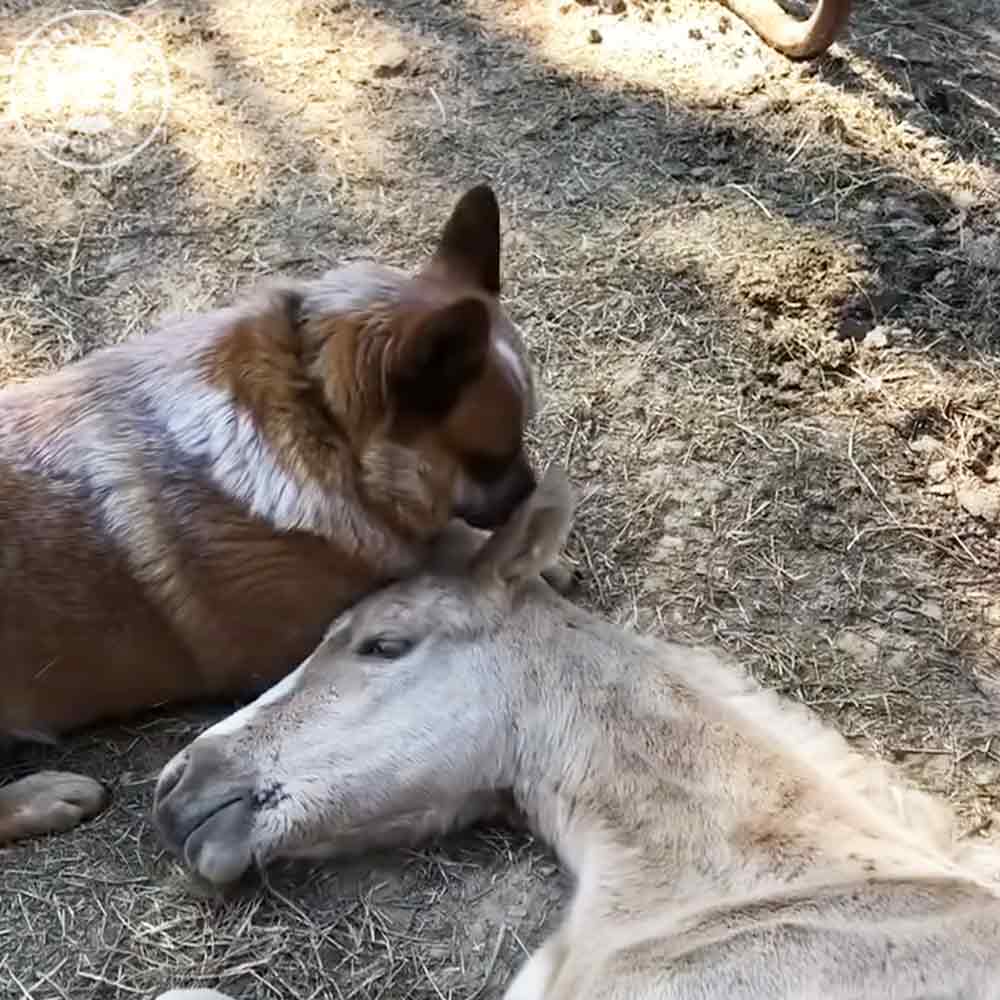 Tye also has an older sister that is also teaching him how to be a horse. When he isn’t with Zip, Tye is with his older sister.

Zip is probably also teaching Tye how to be a dog and showing him that it doesn’t matter what animal they are. They now have an unbreakable and unshakable bond. 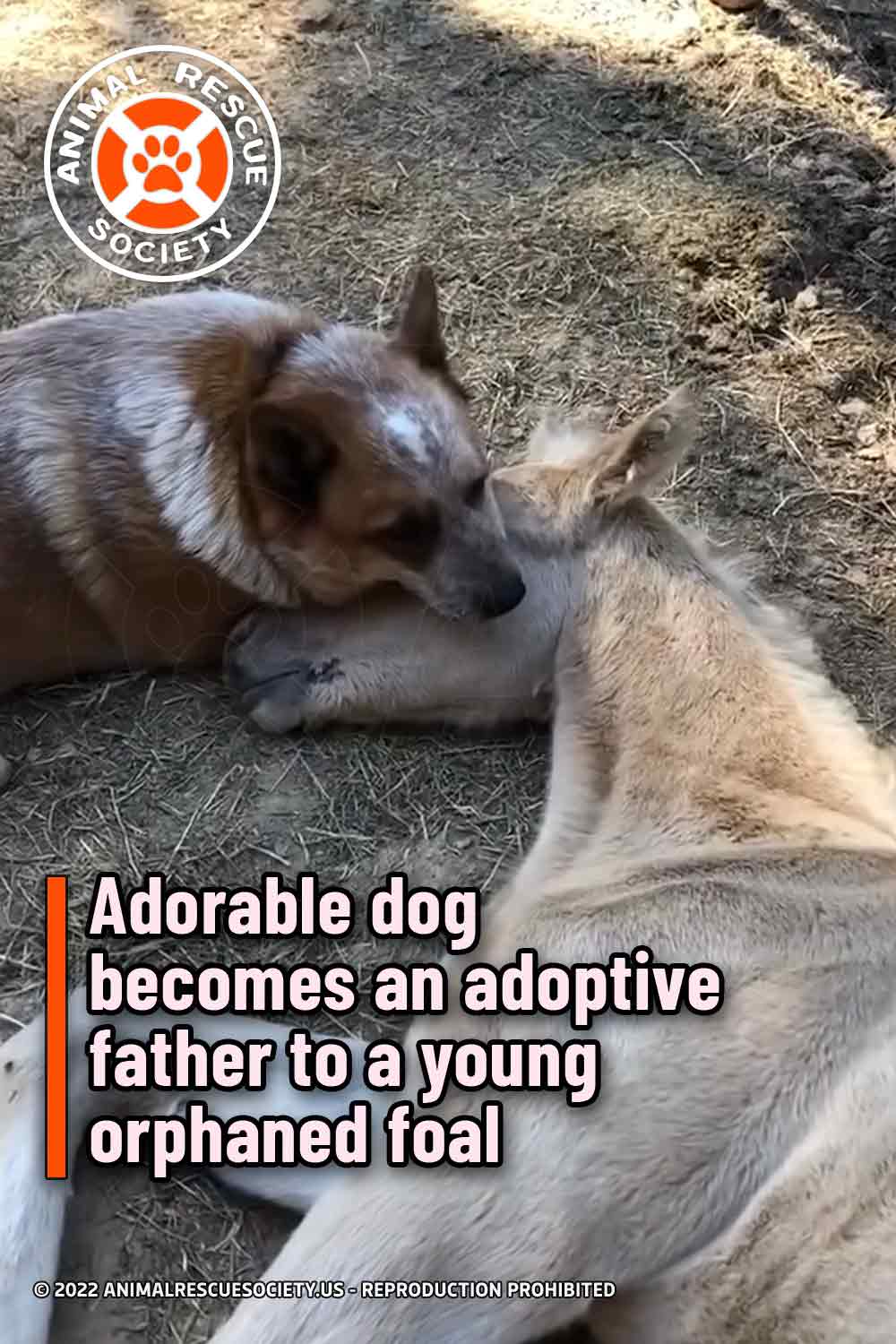