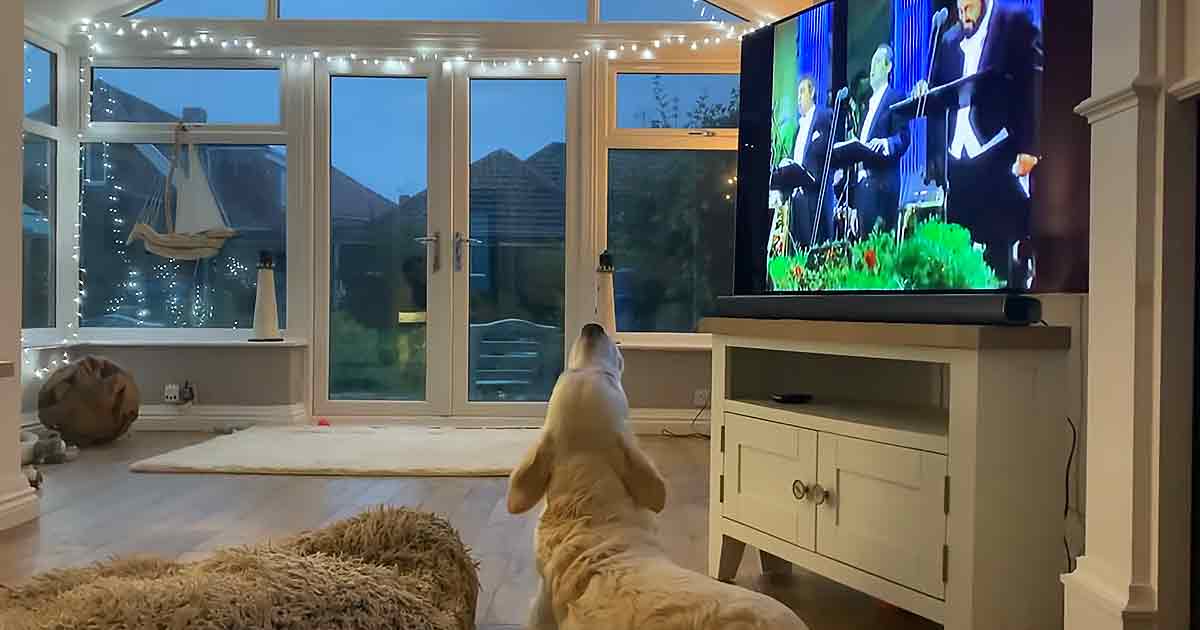 You might have heard before that one way to help your dog relax while you are away is to have them listen to music while you are gone. This dog, Hugo, took listening to music to a whole new level.

Hugo was a dog of sophisticated taste. He loved listening to opera, and if Hugo heard it playing, he would stop whatever he was doing to make sure he could appreciate the music properly.

But Hugo’s enjoyment of opera did not stop at listening. He also enjoyed performing alongside the musicians, especially when his favorite singer, Pavarotti, was singing. That was exactly what he did when “O Sole Mio” played on TV.

The moment the orchestra played the first few notes, Hugo perked up from his nap, but he was patient and knew to wait for his “cue.” Just as the music rose to a crescendo and the tenors began to sing, Hugo joined in.

His keening howl joined the other masterful performers, and this adorable pup held his own as the “fourth tenor” in what was supposed to be a three tenor performance of “O Sole Mio.”

While the back and forth play between the three professional opera singers was entertaining, it was impossible to keep our eyes off of Hugo’s reactions to his fellow opera performers.

In the last rising crescendo, Hugo steals the show with a howl louder than all the rest as thunderous applause erupts from the TV. Hats off to this canine contender for the most talented opera singer we have seen. 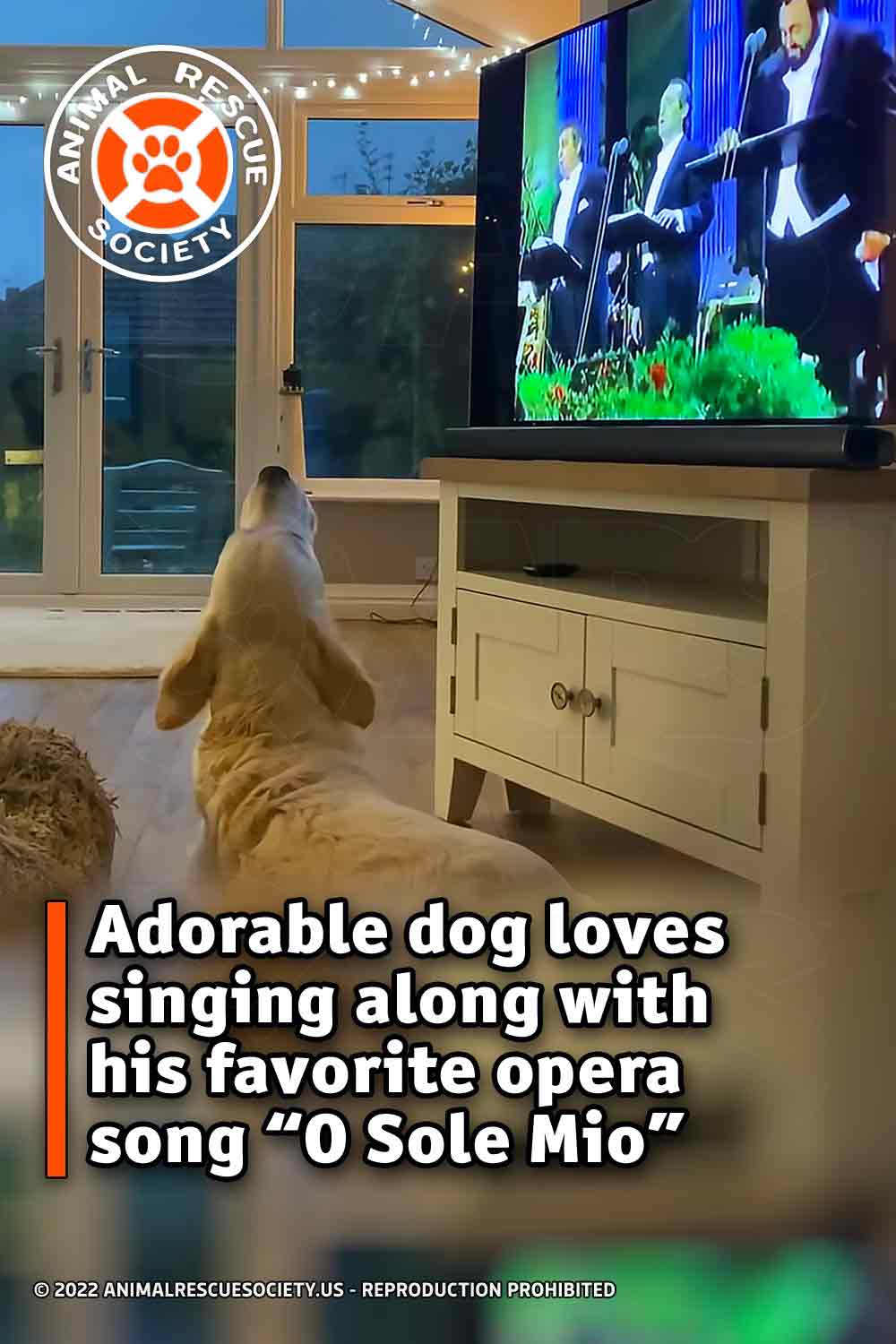