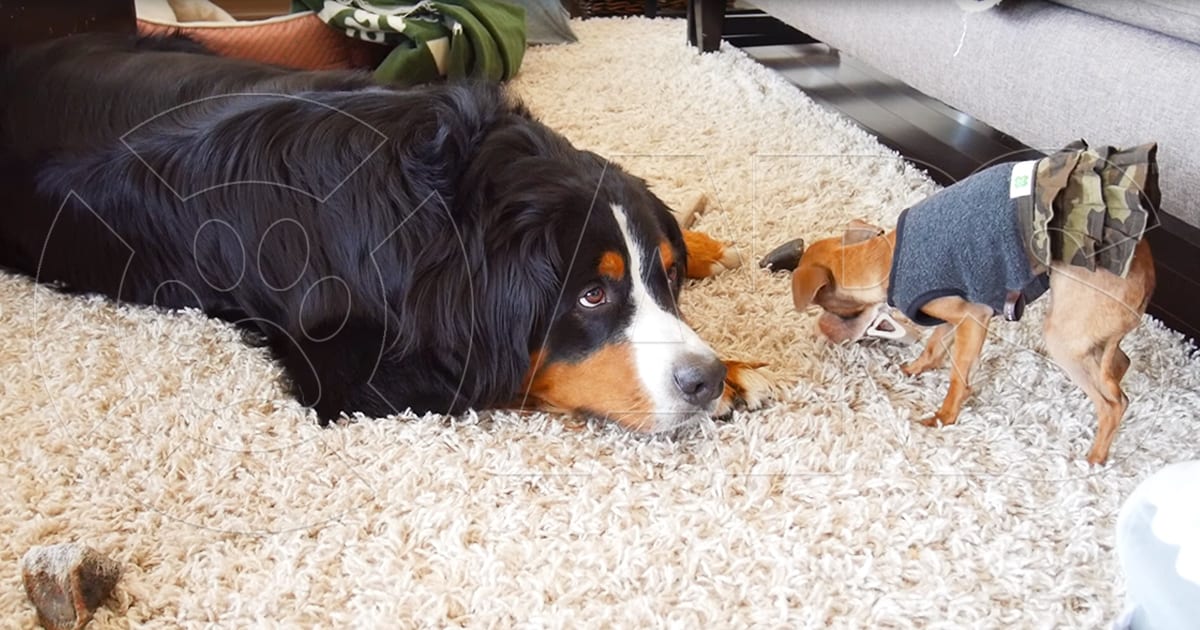 Taiyo is a Bernese mountain dog that knows when the battle is lost. As his two younger siblings steal his snacks, he lazily looks on with disbelief.

When you’re the older sibling, there is an expectation that you’ll be the mature one. That means looking the other way when your younger siblings decide to misbehave. Big brother Taiyo understands this dynamic but was still shocked to see what his sisters were capable of.

Without any fear, two young chihuahua’s stole from his prized bone collection. What followed was a look of shock, then actual disbelief as they munched away right in his face.

The brazen pups had no fear of their big brother as they walked away with the last of the bones. Poor Taiyo laid in the same spot, almost as if this was a daily occurrence. By his body language alone, you could tell this was a battle that wasn’t worth his time.

It looks like the two pups have been doing a lot of raiding lately, and all from the same spot. Taiyo’s humans are aware of the situation and have made sure to add extra food to his bowl as a reward.

Bringing new pets into the home isn’t always a smooth process. Just like real people, some pets just don’t get along with one another. But Taiyo is a smart boy and is old enough to know that his little sisters will get the scraps while he gets the real rewards. 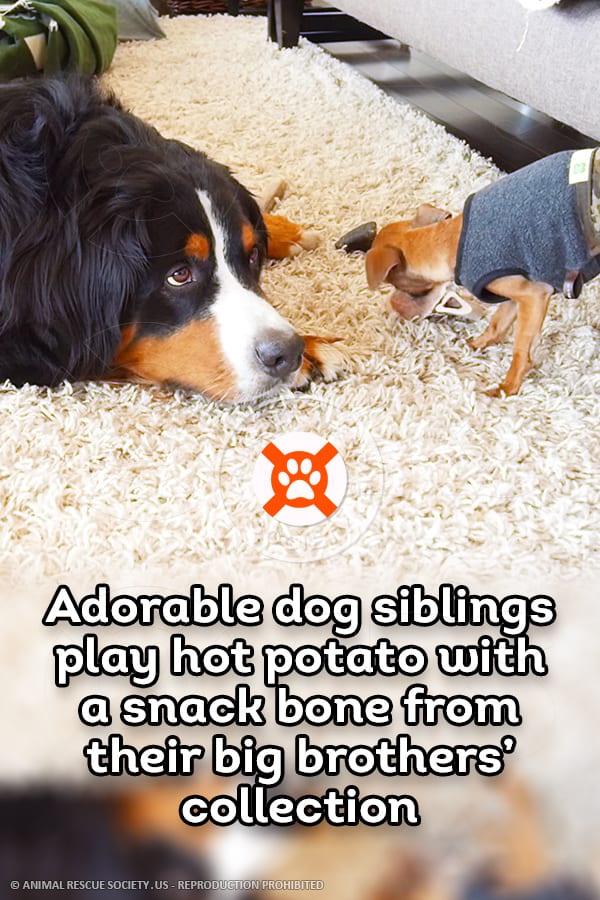