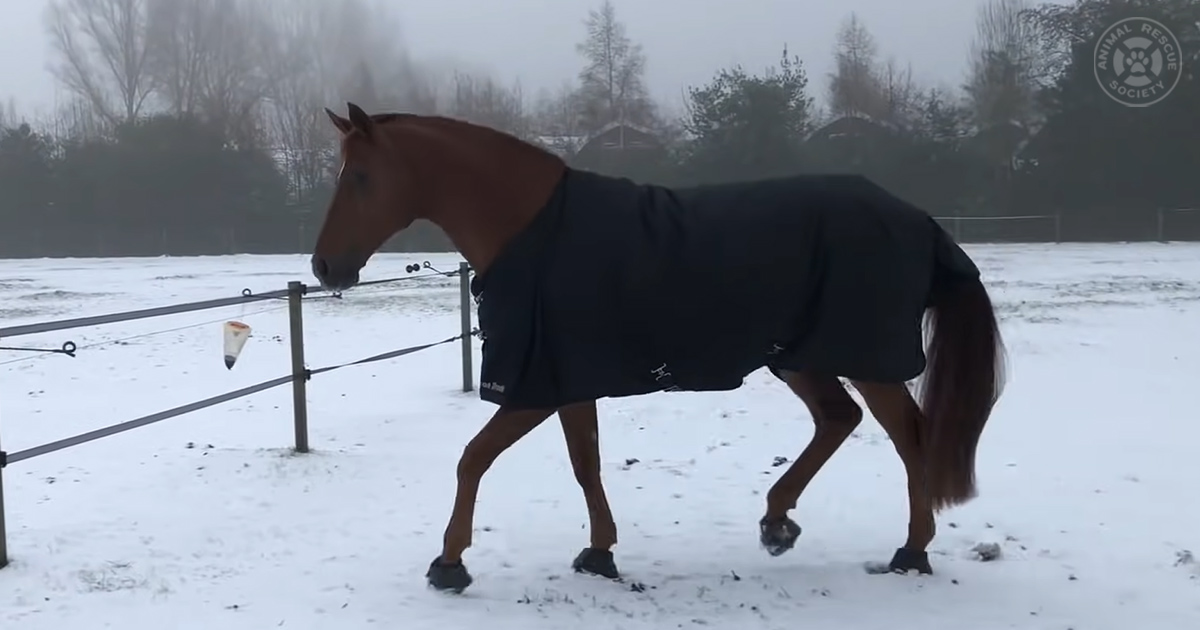 Jesse Drent’s horse Chase is an Australian horse who has never seen snow ever in his life. This would be his first snow in Holland. In the middle of the night, Jesse takes his horse out for the first time, and the horse totally loves the cold weather.

In the morning, Jesse is back at the stable where his other horses Danny, Ronnie, and Macho, are staying with Chase. The first snow covered the whole area where Jess lived, and it looked beautiful.

Even the open paddock had turned white because of the snow. Jesse grabs a camera as he wants to take snaps of his horses roaming around in the snow. He decides to take all his horses out in the open to enjoy the snow.

Jesse now unleashes Chase in the open paddock, and he bravely goes to meet his friends. Chase enjoys the first snow of his life in the paddock with his new horse friends in Holland.

Chase has no idea what to do with the snow that is all around him. But he is pretty happy and content as he has made new friends. However, pretty soon, he rolls around in the snowy paddock.

The Australian horse even tried to get rid of the snow to get through to the grass. Chase gallops around the entire paddock and scrapes the ground in search of grass.

Chase and all the other horses enjoyed playing around and had little fights in between. However, Chase’s reaction when he saw the snow for the first time was super cute. Also, Jesse’s interaction with all his horses showed how pleasant and positive he must be in his life. 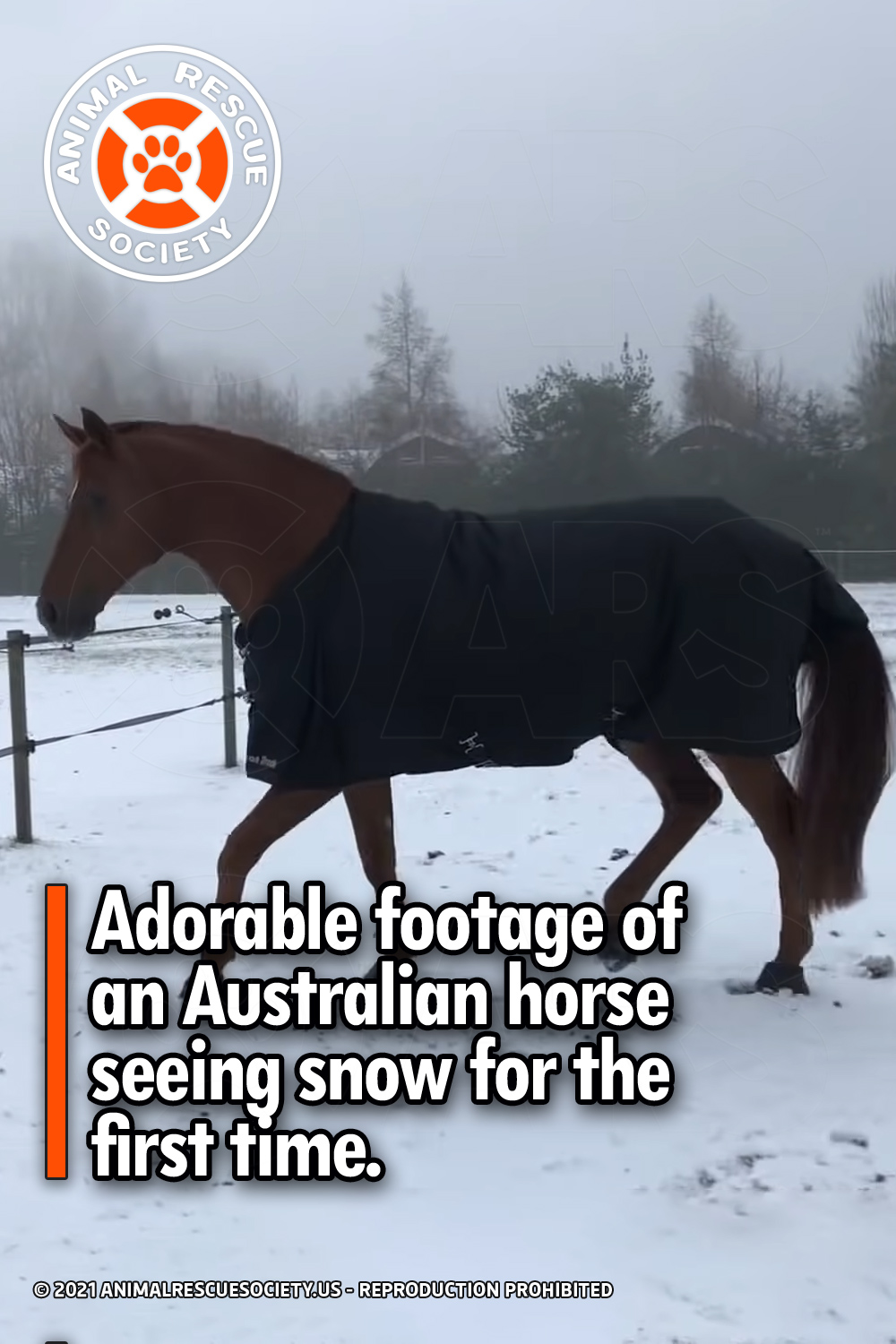