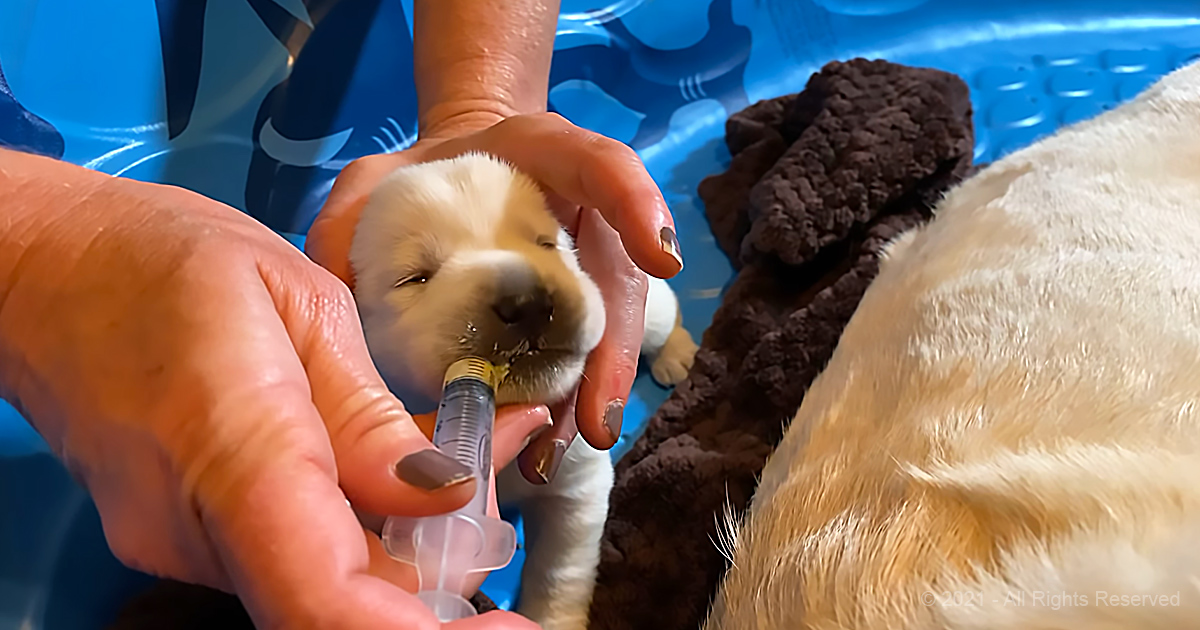 To keep their newborn puppies growing healthy and strong, two breeders developed a delicious way to get the pups to take their medication.

On their two-week birthdays, four adorable Labrador retriever puppies received their first round of medication. Their owners created a sweet experience for the puppies by disguising it with banana milkshakes.

Although they seemed reluctant at first, once these cute puppies tasted their banana milkshake for the first time, they savored every last drop of their birthday treat.

The growing young puppies were then weighed and given a brief checkup before returning to their mother, who was resting on a blanket set inside a small plastic swimming pool.

The owners and breeders from High Desert Labradors posted the video as part of their ongoing series following the growth and development of their delightful litter.

The four puppies are named Apollo, Luna, Buzz, and Atlas – names that were chosen after a fan vote by followers of the popular Labrador breeders.