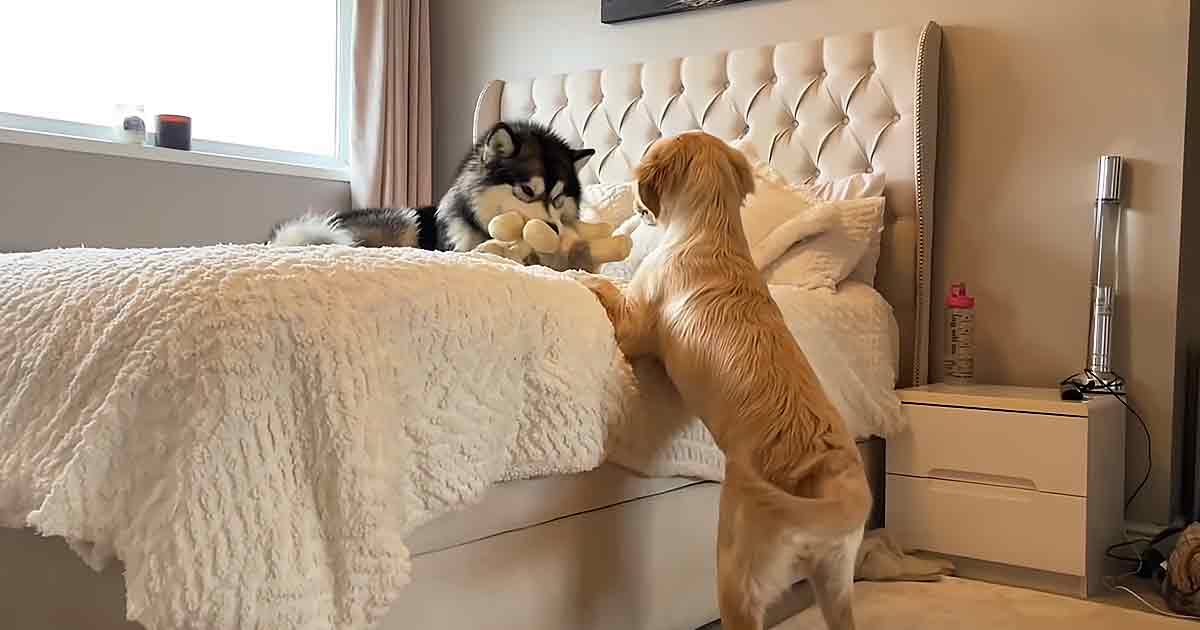 There is no moment quite as special as when two loved ones get to see one another again after a long time apart. That moment becomes infinitely more adorable when it involves two lovable dogs.

At the house of Living with Malemutes, Buddy the Golden Retriever and Teddy the Alaskan Malamute had a special connection. They loved to play together and spend every moment around one another.

But for four days, Buddy and Teddy did not see each other. That might not seem like a long time, but for a dog, that can feel like a lifetime. After all, pups get excited when we come back from a few hours of work.

Teddy and Buddy’s family was looking forward to seeing how the puppy and the puppy-at-heart would react to seeing each other once again. So when Teddy came home, they surprised their Golden Retriever pup by letting Teddy run into the bedroom and greet his canine sibling.

The moment the two dogs saw one another, they started playing. Predictably, Buddy was jumping around and roughhousing with his older brother, but Teddy got into it, too.

He played tug of war with his stuffed Husky and jumped around with his little brother. Even when he told Buddy it was time to stop playing with his stuffed animal with a quick growl, his tail was wagging.

After the two of them got onto the bed, Teddy gave his playful little brother some kisses and jumped back into rolling around with Buddy, careful not to hurt the smaller dog. What a great older brother! 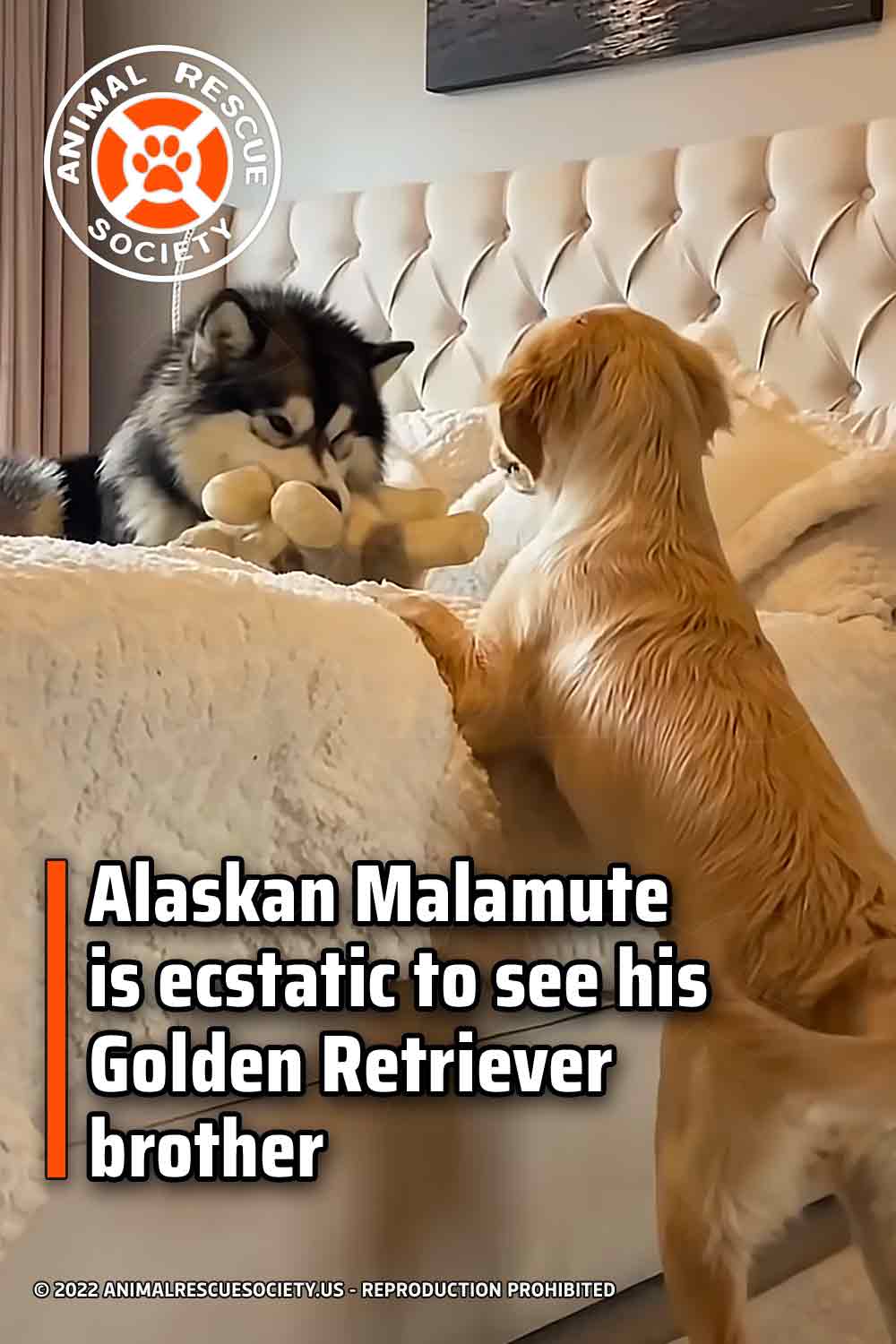