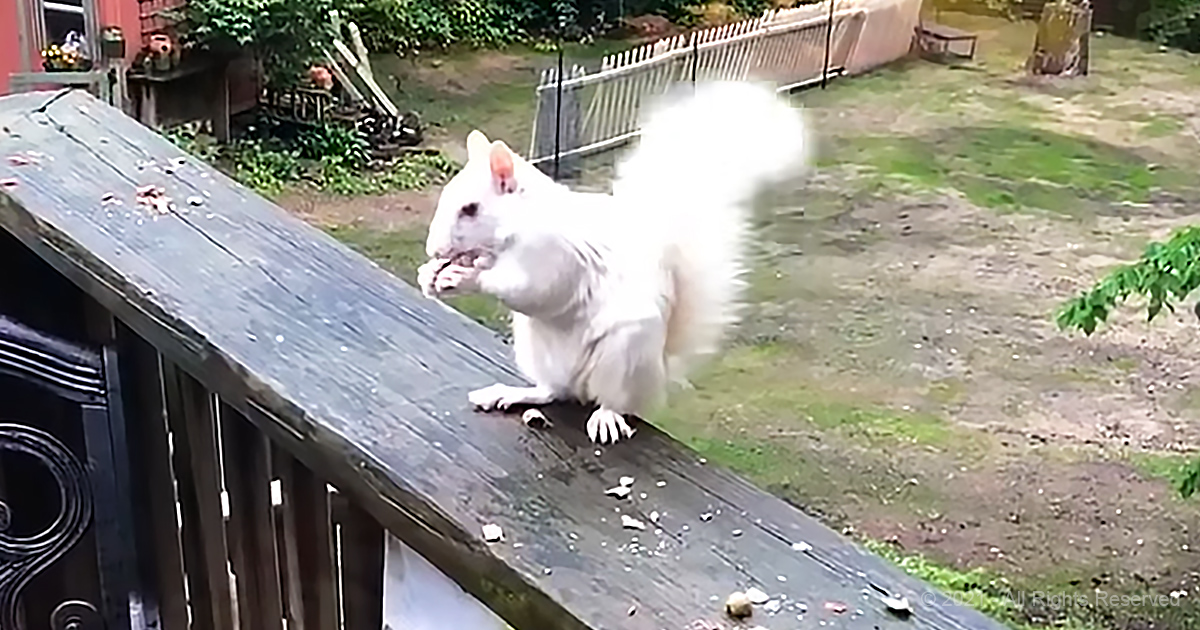 An albino squirrel was willing to put his own safety on the line to protect his precious tree nuts in this amusing exchange.

When a rare albino tree squirrel was sitting on a wooden porch railing, enjoying a brief snack of nuts, he did not expect another squirrel to sneak upon him.

But down below on the porch, a regular squirrel was plotting his next move. The albino squirrel spotted him and immediately launched into action.

He protected his precious bounty by running back and forth on the porch railing, chattering and threatening the squirrel below him.

The methods paid off, as eventually the squirrel gave up and ran away. Satisfied, the albino squirrel returned to his cache of nuts to enjoy a victory bite.

It was a brief but hilarious exchange between two determined animals in a moment that fortunately was captured on video. 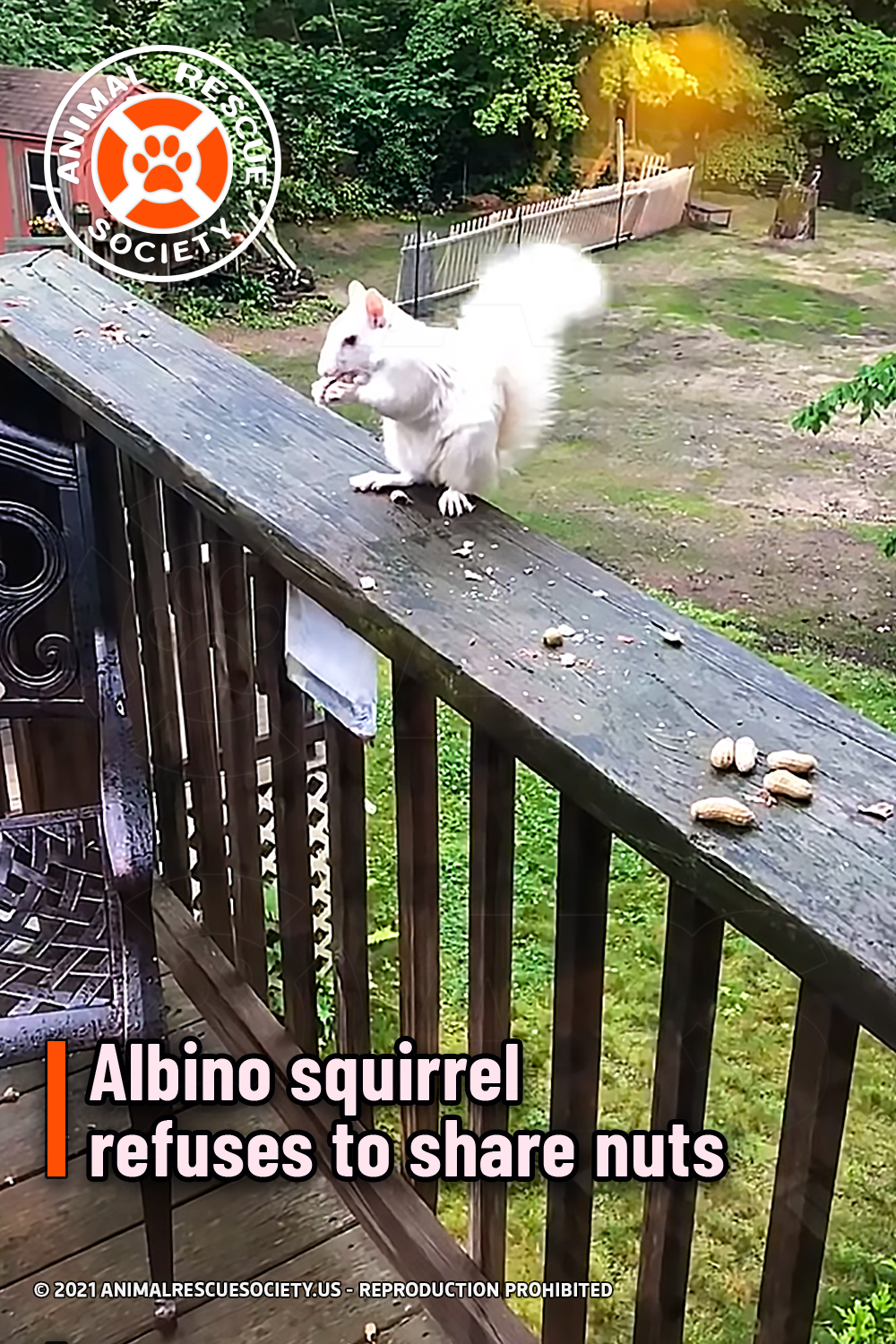