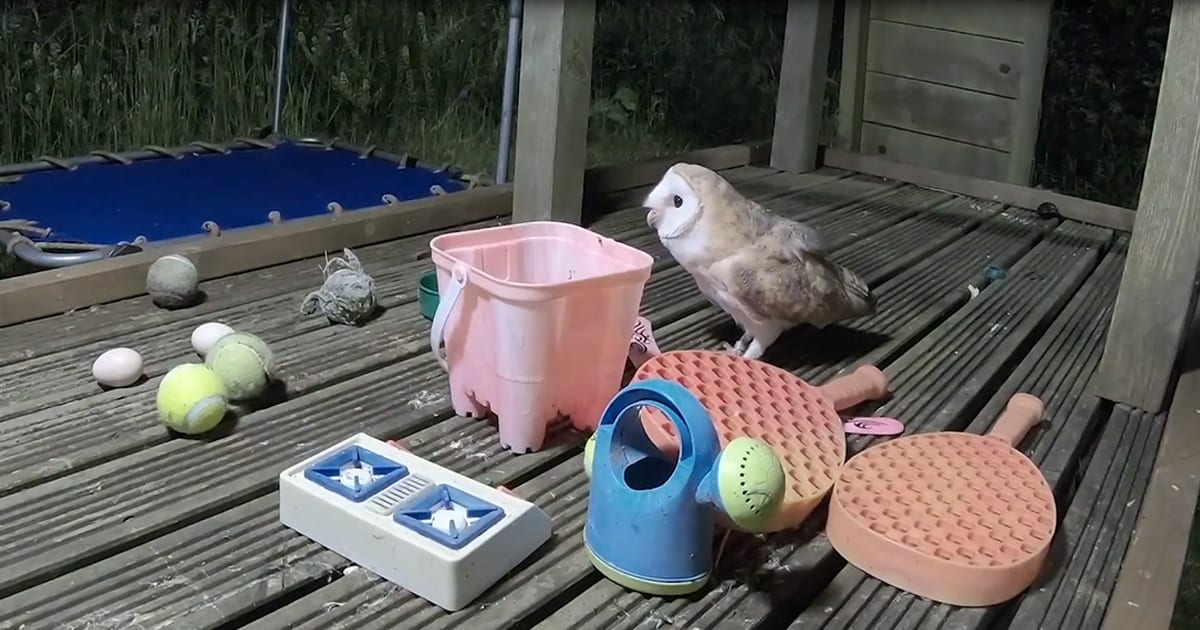 Robert Fuller bought his daughters a secondhand playground for the backyard. The English wildlife photographer thought his daughters would get lots of use from the old climbing frame. As the years have gone by, though, Fuller noticed that his daughters used the equipment less. However, lots of woodland creatures had discovered the jungle gym, and came to play! Fuller set up many cameras at various angles and captured this adorable footage of the animals at play.

Fuller’s cameras caught weasels, hedgehogs, and a family of stoats red-handedly taking treats from the toys. There is an old shoe-shaped dollhouse, watering cans, and a sandcastle bucket inside the structure that the animals use frequently. Owls stop by at night, along with badgers, who were caught trying to climb the wall. Deer and a few songbirds also make use of the equipment.

It has been six years since Fuller set the cameras up, hoping to get some footage of guests frequenting the playhouse. He has seen animals playing on the trampoline, but said that “I’ve yet to see any animal find a use for its bright yellow bumpy slide, but you never know!” That would be an amusing sight, for sure.

The plethora of footage has given him and his children hours of entertainment, especially while they were on lockdown in their house. He imagines the animals will continue with their antics for years to come. 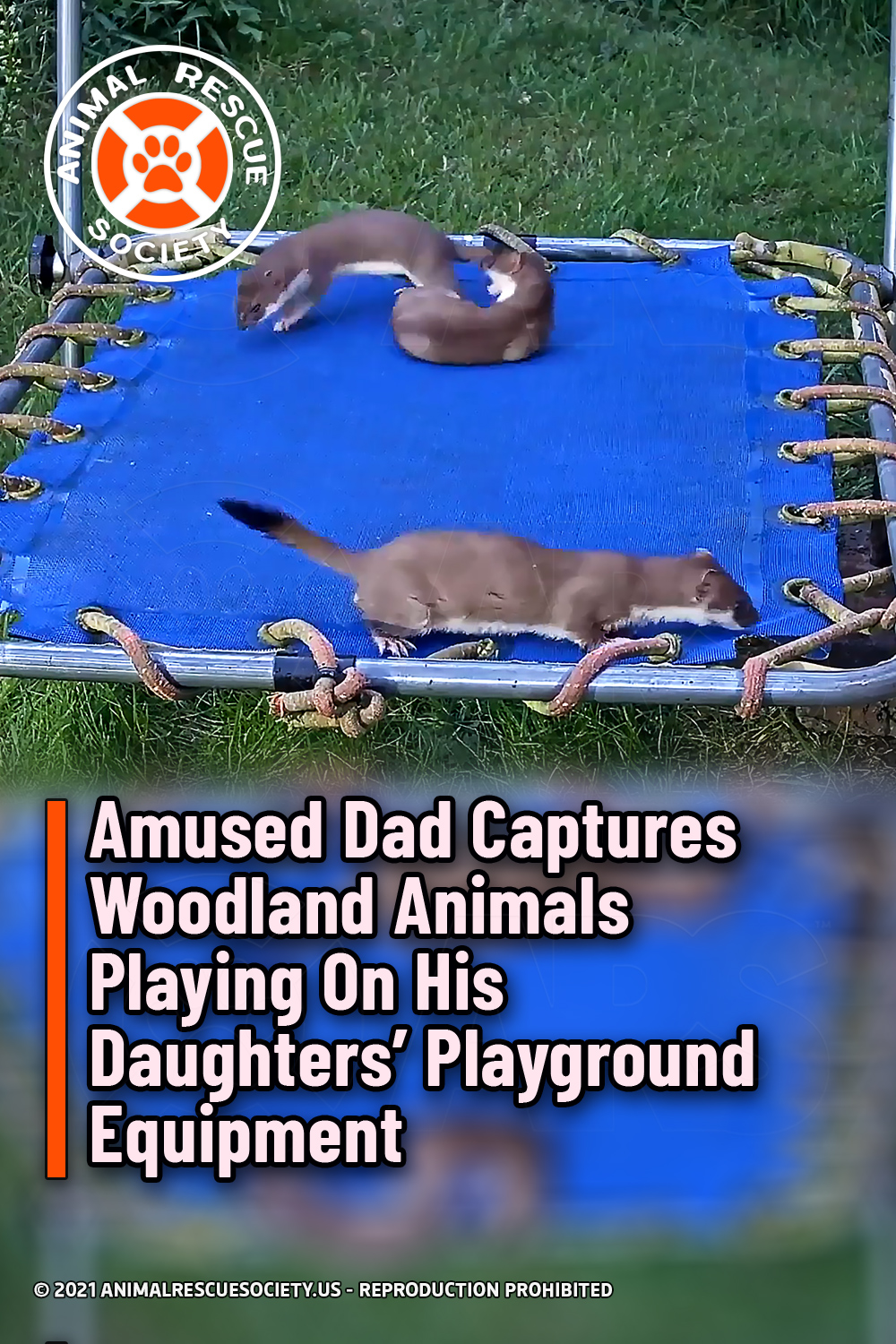