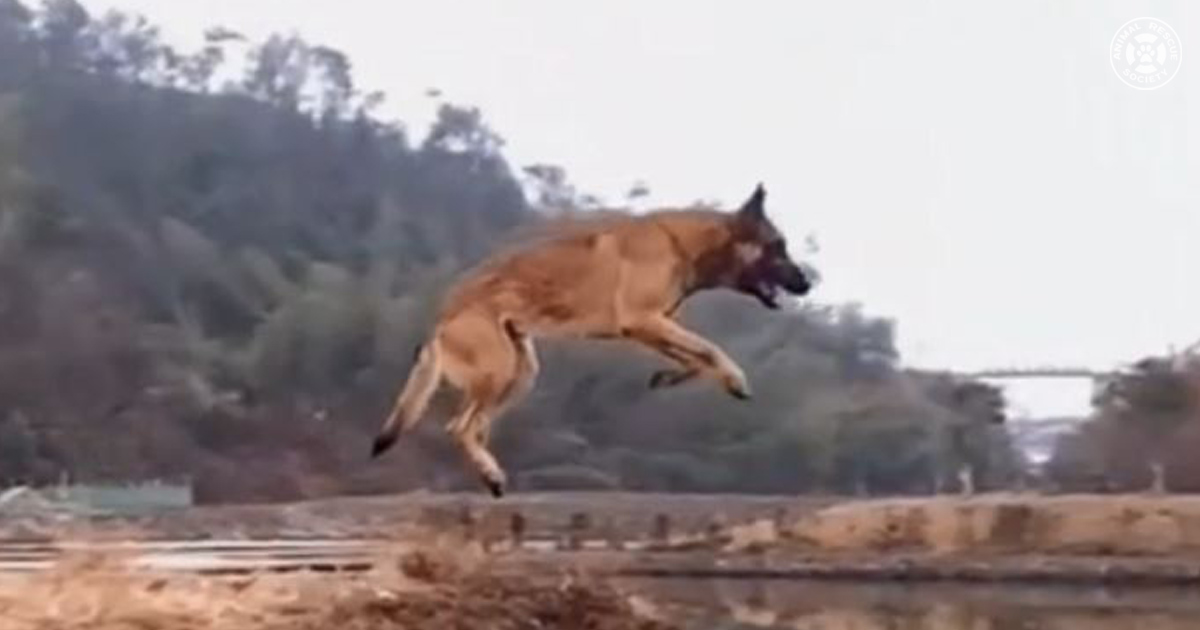 A dog shows off its peak athleticism by jumping over a canal in a single bound. Landing on the other side with room to spare.

A dog runs on the grass near a canal, obviously planning to jump across it. Rasputin by Boney M. is his theme song it seems, as it plays over the footage.

He is a Belgian Malinois, known for their size and their athleticism. As he gets to the edge of the water he makes his jump.

The jump is powerful, the dog is obviously practiced, knowing the exact moment to jump. And aware of how much strength he needs to use.

In the air, it almost seems as if he isn’t falling, but is instead flying. The dog defies gravity for a few brief moments.

On the other side, he lands with space to spare. It seemed no trouble to him at all. Apparently, there is lots of footage of him clearing canals. 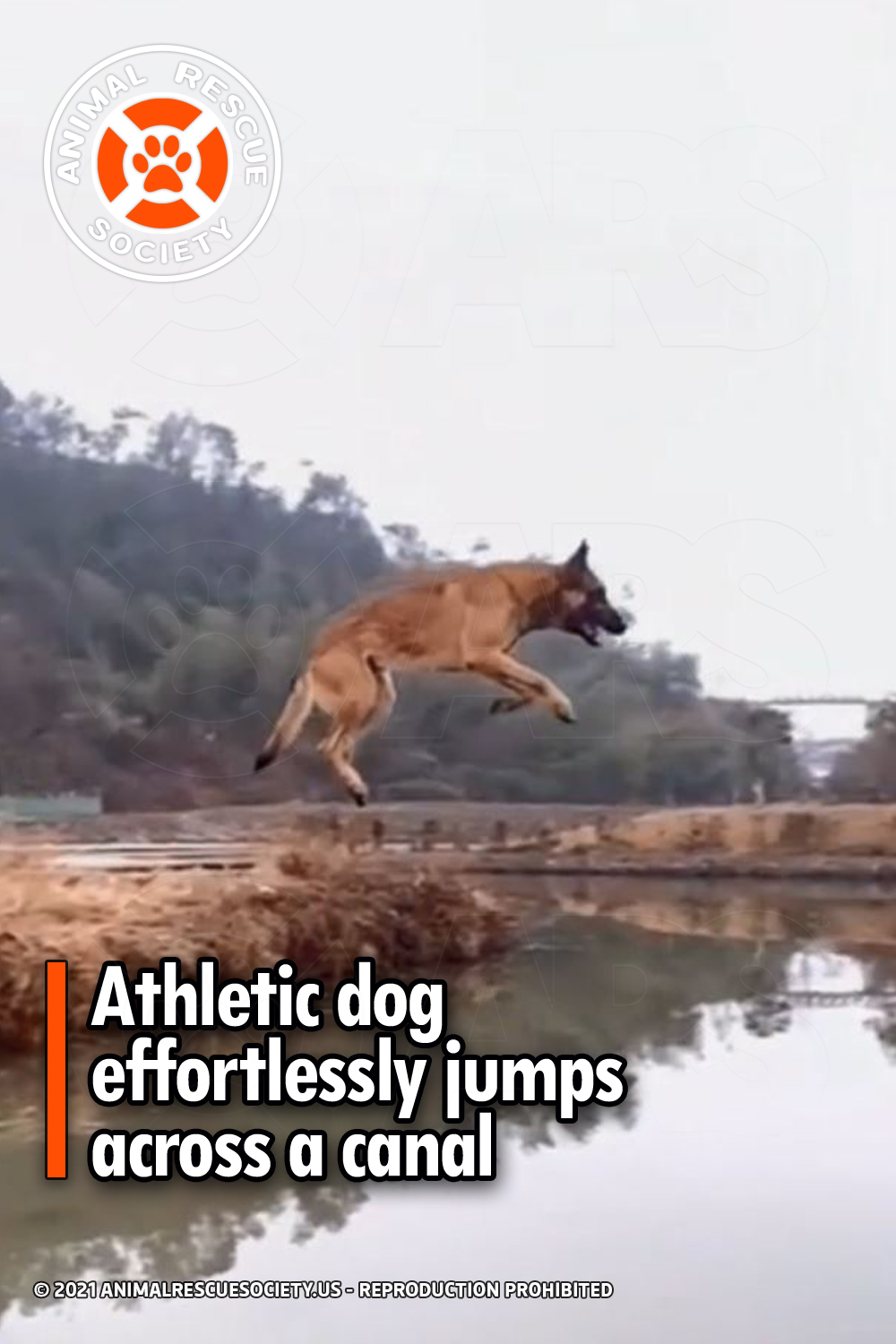