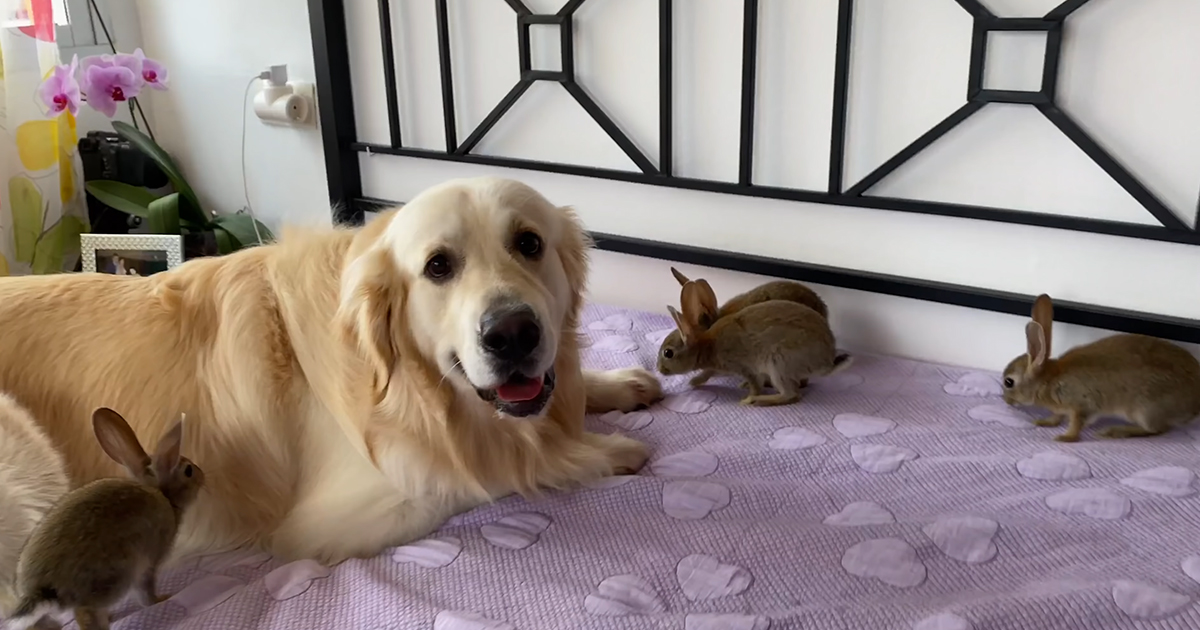 Bailey, the lovable Golden Retriever, is sad today. He is lying on his humans’ bed, contemplating his life. But his new friends won’t let him linger in sadness for long.

The baby bunnies, who are just a month old, are ready to play. They won’t leave Bailey’s side while his energy and morale are low. They’ll do whatever they can to get Bailey to smile.

They crawl all over the bed, sniffing the labrador from head to toe. With their adorable ears erect, noses twitching, and whiskers moving up and down, the bunnies investigate Bailey to find a way to get his attention.

At one point, some of the bunnies do get a little tired of cheering Bailey up, so they take a break. One bunny even stretches out his long legs behind him, lounging by the headboard.

Some bunnies stop for a snack break, too. They begin nibbling at their humans’ houseplant until the man moves it away, just out of their little munching mouths’ reach.

Only one bunny remains in the frame at the end of the eight-minute video. The baby bunny and Golden Retriever hang out peacefully until the bunny finally comes closer, and the two share a couple of nose kisses.

With all these baby bunnies around, it’s clear that Bailey won’t have many sad days, nor boring ones either! All the animals have a lot of love to give to each other.