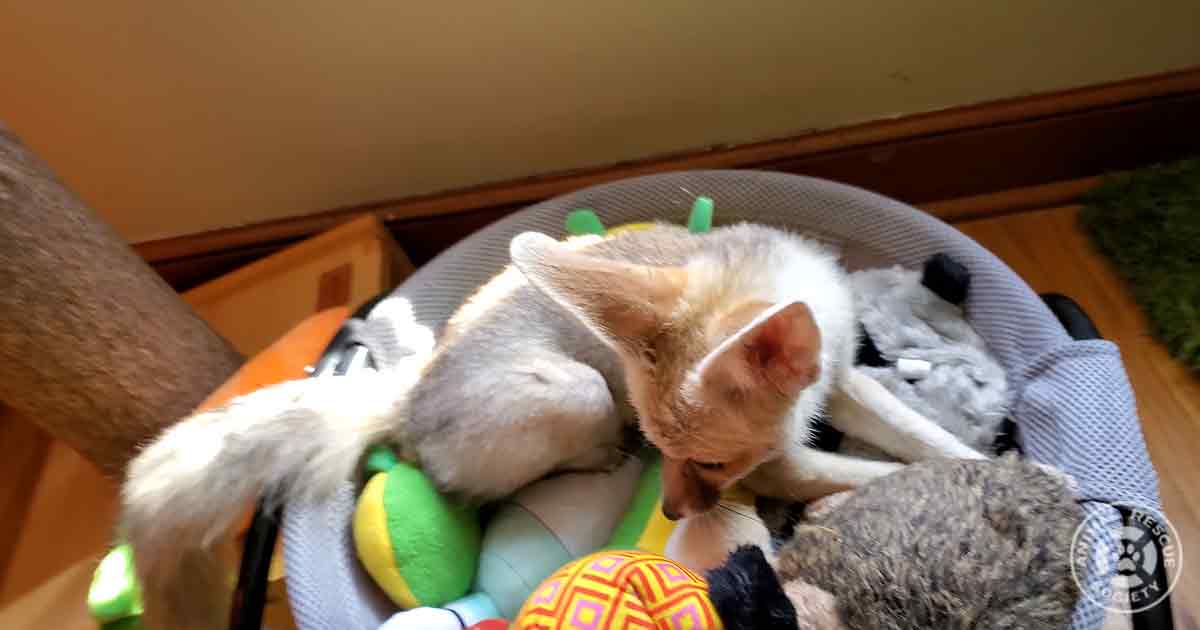 At first glance, this tiny, hanging basket of fluffy animals might appear to be just dog toys, but it was hiding an adorable surprise inside, the playful fox kit, Fawzi.

Fawzi was one of the rescue foxes at Save A Fox Rescue. This nonprofit organization rescued adult and baby foxes from fur farms and gave them a home free from pain and suffering.

One of the best parts about working at this organization was that sometimes, the founder, Mikayla Raines, had the opportunity to hand raise baby foxes until they were ready to live outside of the home.

Fawzi, the fox kit, was one such little one, and from the look of things, he could not be happier in his home. As his mom approached, Fawzi stirred and opened his beady eyes.

Like any baby animal, Fawzi loved his mom immensely, and his adoration was apparent from the moment she started giving him kisses. He wriggled about and gave his mom love nips on her nose, whining the whole time.

When it was time for Mikayla to go back to work, Fawzi sat up, looking up at her with his pleading fox eyes. While she could not stay, she did give him a new squishy ball to play with.

But as always, words do not do Fawzi’s sheer adorableness justice. Take a look at this cute kit’s video yourself, and you will see just how adorable this animal ambassador is. 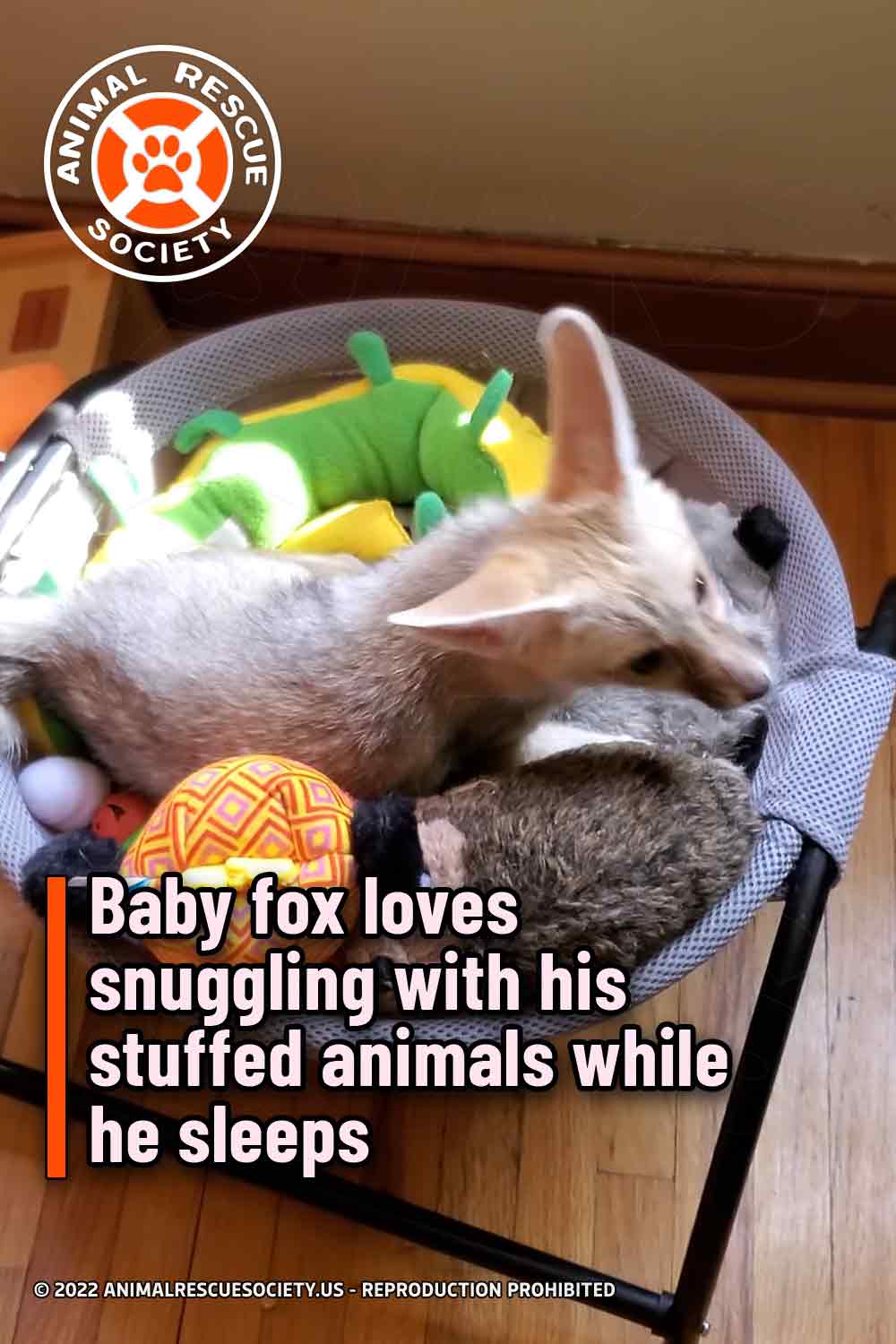