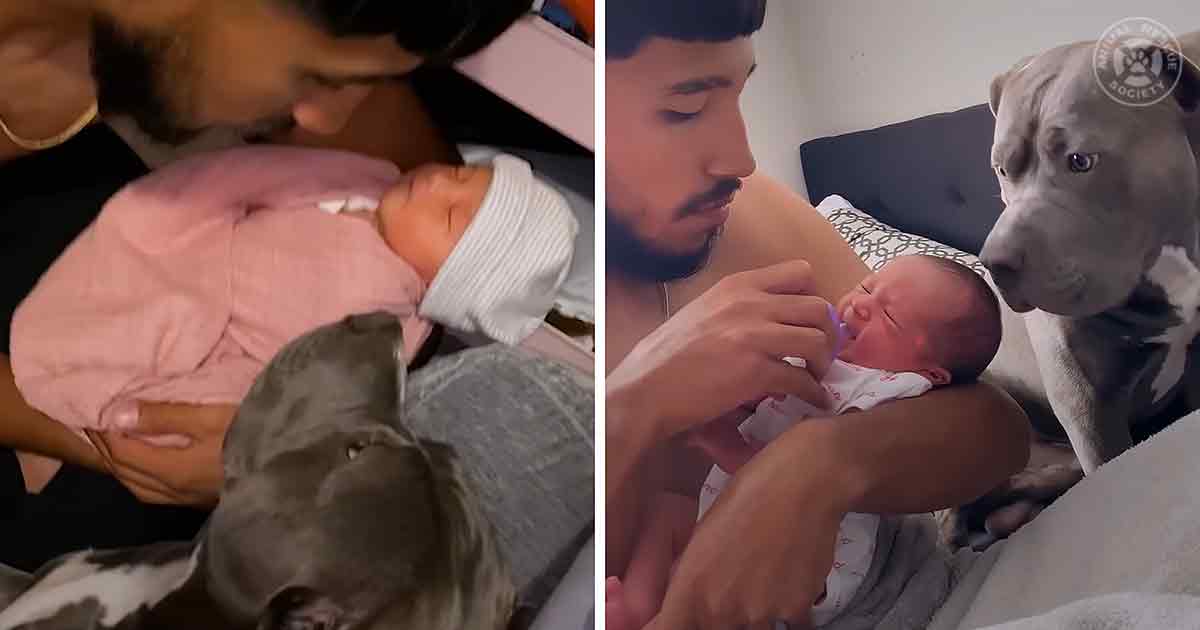 From the moment Kayla first adopted her Nova the Pitbull, she knew her puppy would make a perfect older brother if she and her partner decided to have a human child of their own.

“When he first came into our lives as a puppy,” said Kayla, “he [was] the most loving, silly, playful, curious, protective and loyal dog ever.” Nova also treated Kayla’s smaller, older dog, Teddy, with gentleness.

Even though Teddy seemed more content to be by himself, Nova never gave up on playing with his older canine brother. “Nova’s relationship with Teddy showed me just how much love he had to give,” said Kayla.

Nova also insisted that he share the bed with Kayla and her partner. “It’s like he could sense my daughter in there,” said Kayla. “I think he was just so excited to meet his new sibling.”

When Kayla birthed little Liliana, Kayla was curious how her fur baby would react to his baby sister. “He did not disappoint!” said Kayla. “His eyes got so big, and he was immediately sniffing her.”

From that moment on, Nova watched over his baby sister, and whenever she cried, he would come running to check on little Liliana to make sure everything was okay. Nova would be the best older brother a little sister could ask for. 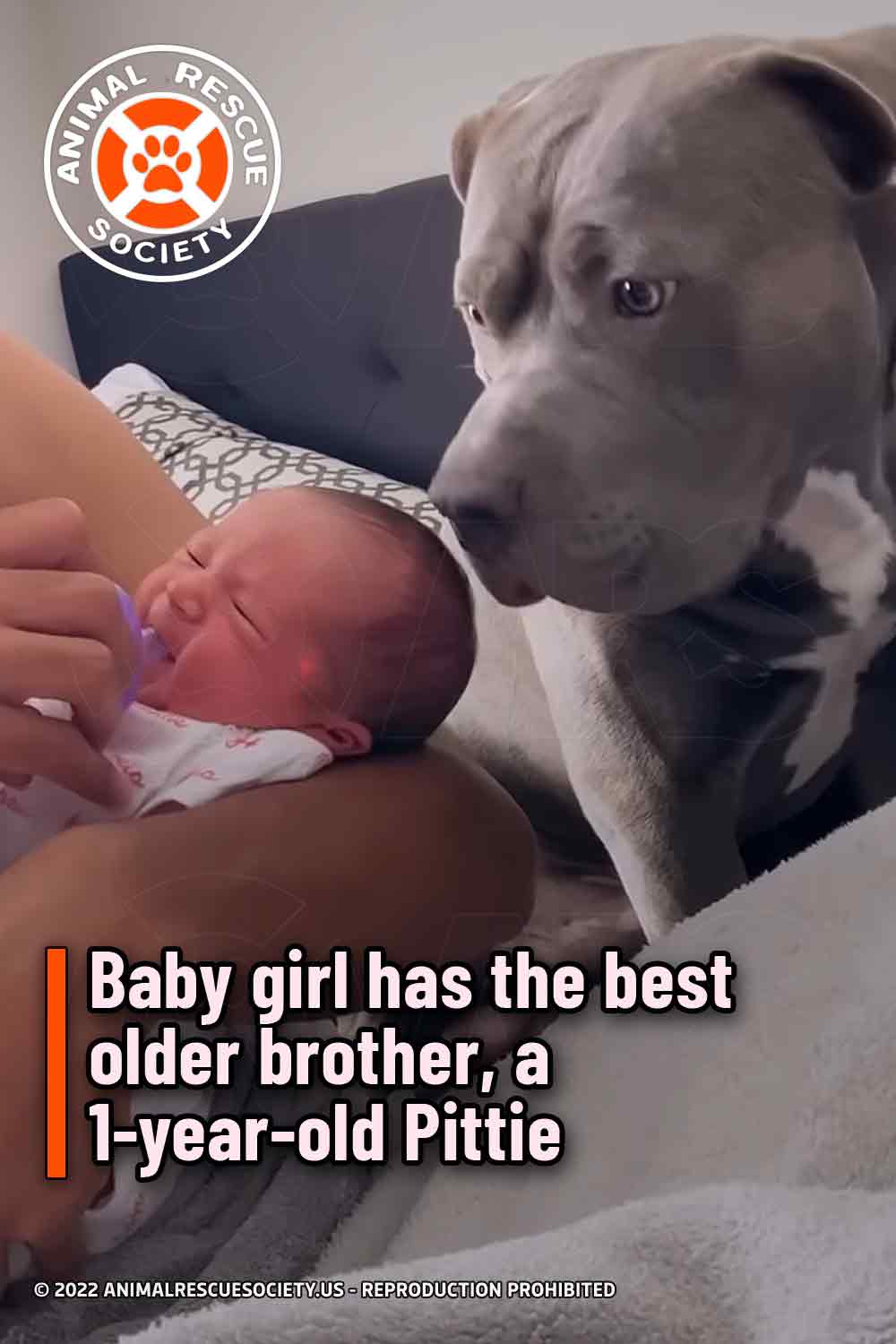