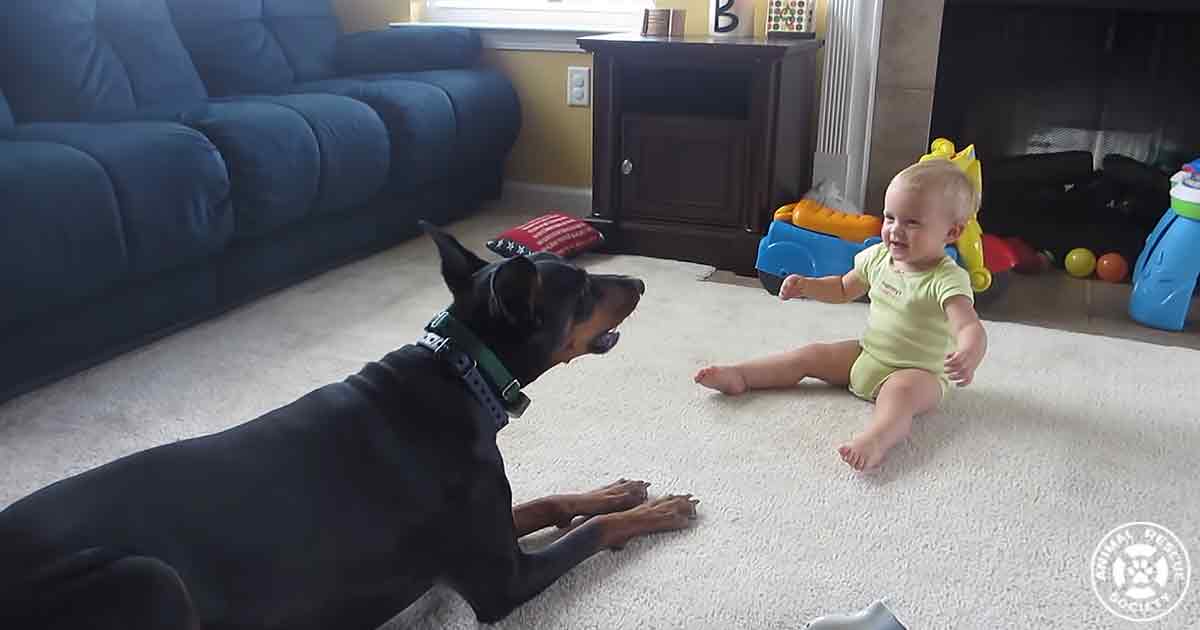 As a parent, finding a trusted babysitter to watch your baby can feel like an unachievable task. Fortunately for this family, they have the perfect caretaker and playmate in the form of their Doberman, Lily.

Some people might be afraid of how their dog might interact with a baby, but most of the time, dogs make for a perfect companion to a little one. Because they are naturally loyal and compassionate, dogs tend to be some of the best older siblings a baby could ask for.

While Dobermans are often stereotypically depicted as aggressive guard dogs and police dogs, that was not the case for Lily. Lily showed that these athletic dogs could be lovable gentle giants, too.

As it turned out, Lily was also a bit of a ham, too. She would stop at nothing to make her baby sister, Addison, laugh. And baby Addison seemed to be having the time of her life, too, giggling as loud as she could.

Even as Lily and Addison got more excited, Lily remained gentle and safe with her baby sister. She would rush in and then tap Addison with her nose before jumping away again.

When her sister toppled backward when she could not support herself any more, Lily even checked on his baby sister to make sure she was alright. What a lucky little girl!

Over the years, Addison and Lily remained close friends, even after Addison’s parents introduced the Golden Retriever, Obi, to the family. As of this writing, Addison and her sister Lily still play and have fun to this day. 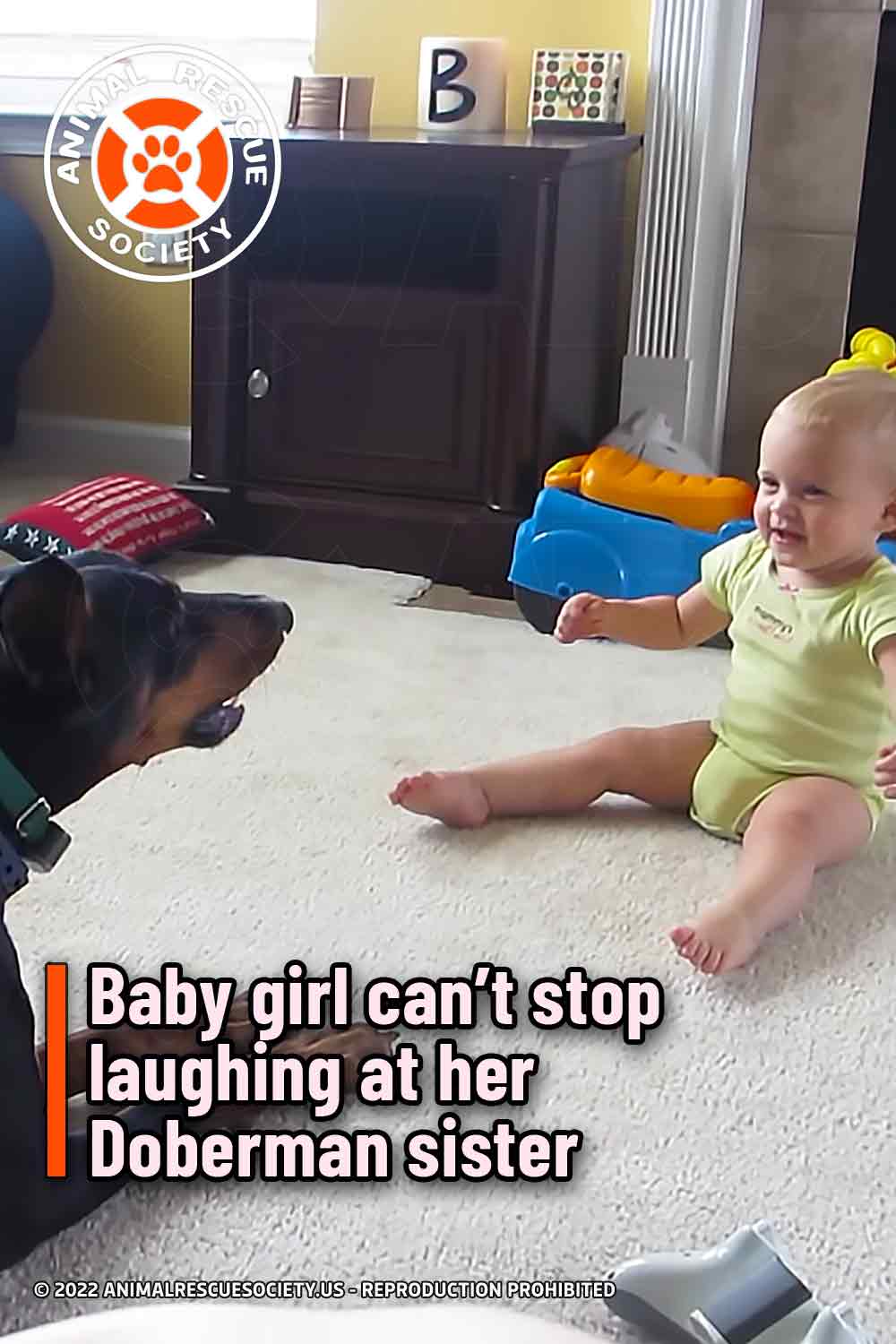