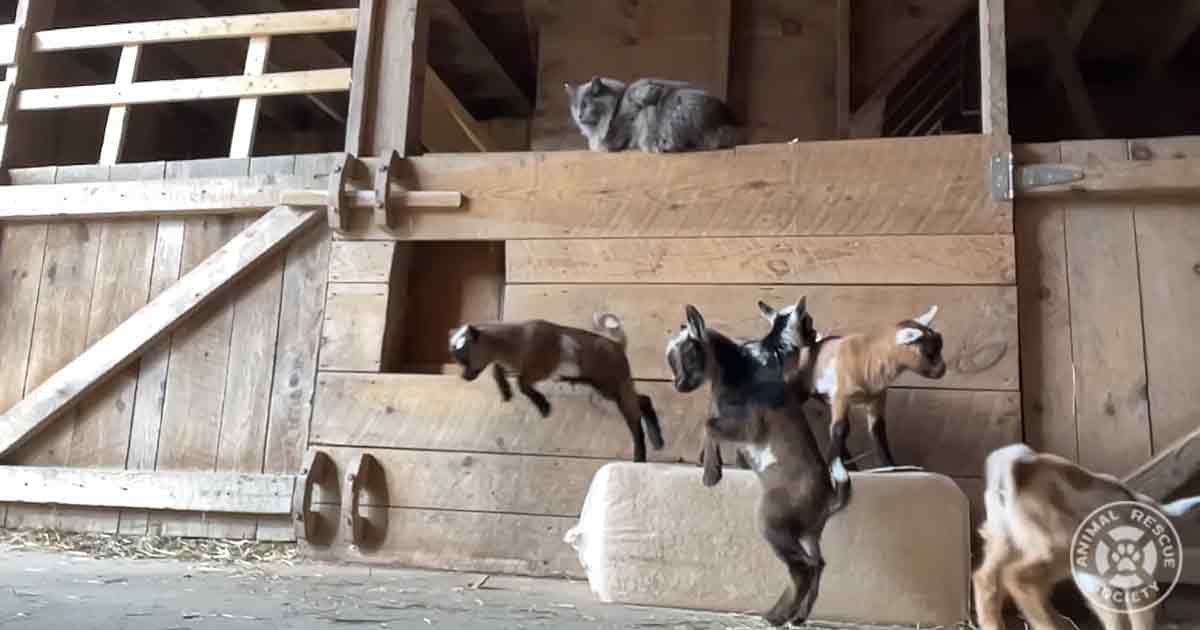 If you have ever attended a dance recital for a young child, you will seldom see anything approaching perfection. What you will see is a whole lot of personality on stage, and these baby goat dancers were the same.

From the moment they stepped onto their stage, the baby goats were determined to infuse as much character as possible into their leaps and jumps, and they certainly succeeded in that pursuit.

Like many other baby mammals, including humans, goat babies leap, zoom and scamper when they are happy. All the goats were having a great day at their farm in Maine.

They leaped and jumped and bleated. Using a squat hay bale as a pedestal on the stage, the baby goats performed their “ballet” for each other, while a disinterested cat watched them out of the corner of her eye.

But unlike their more mature parents, these tiny baby goats did not have a lot of grace. Like a children’s dance recital, the best parts of the performances were the flailing legs and the surprise when one of the goats landed their daring jumps.

Eventually, the baby goats decided it was time to take their show on the road. Some of them ventured out of the barn to continue performing their ballet on the grass.

Like all shows, however, this one had to come to an end, but for us, this show was an undeniable success. Take a look at these adorable goats, and you will have a smile on your face by the end, too. 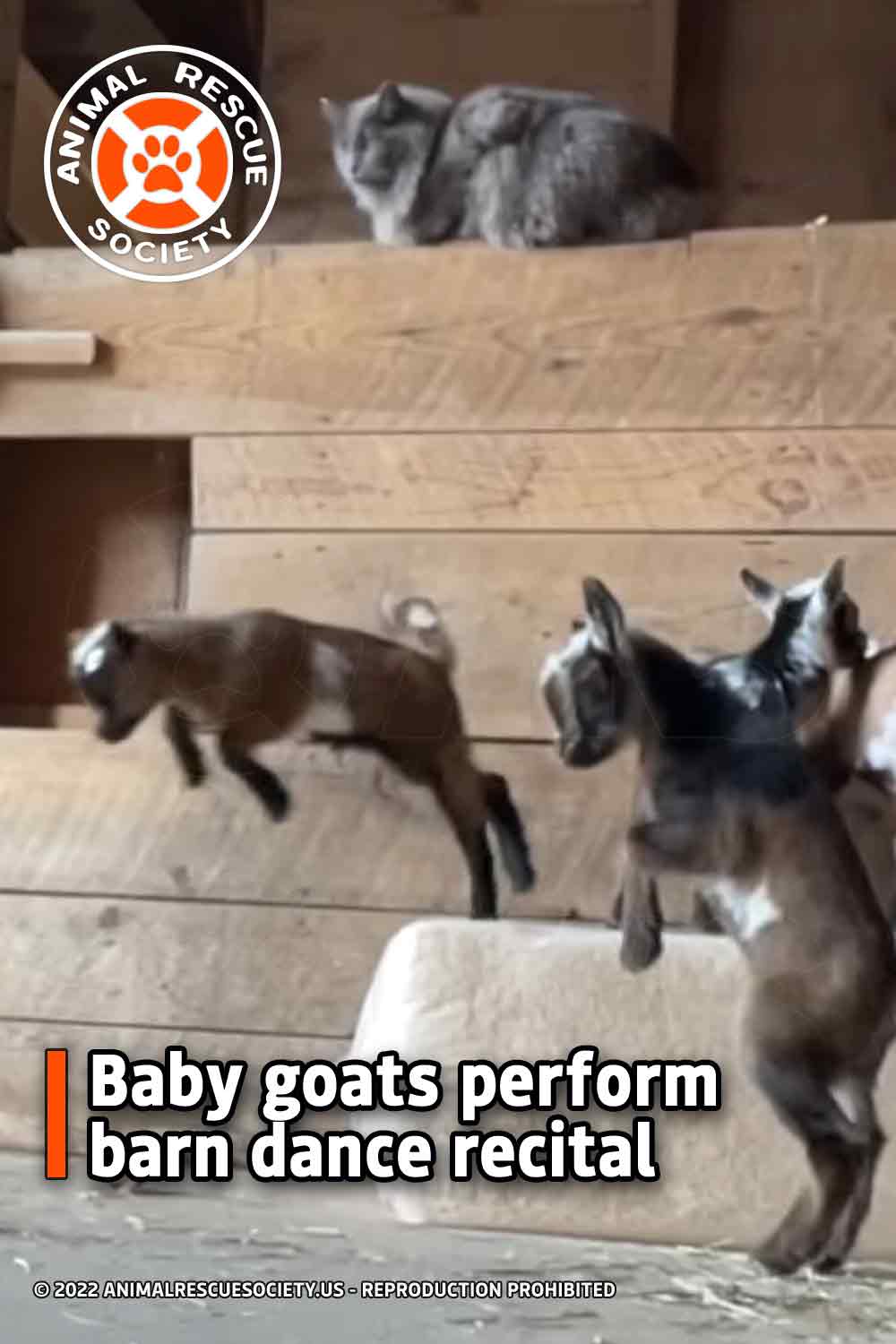