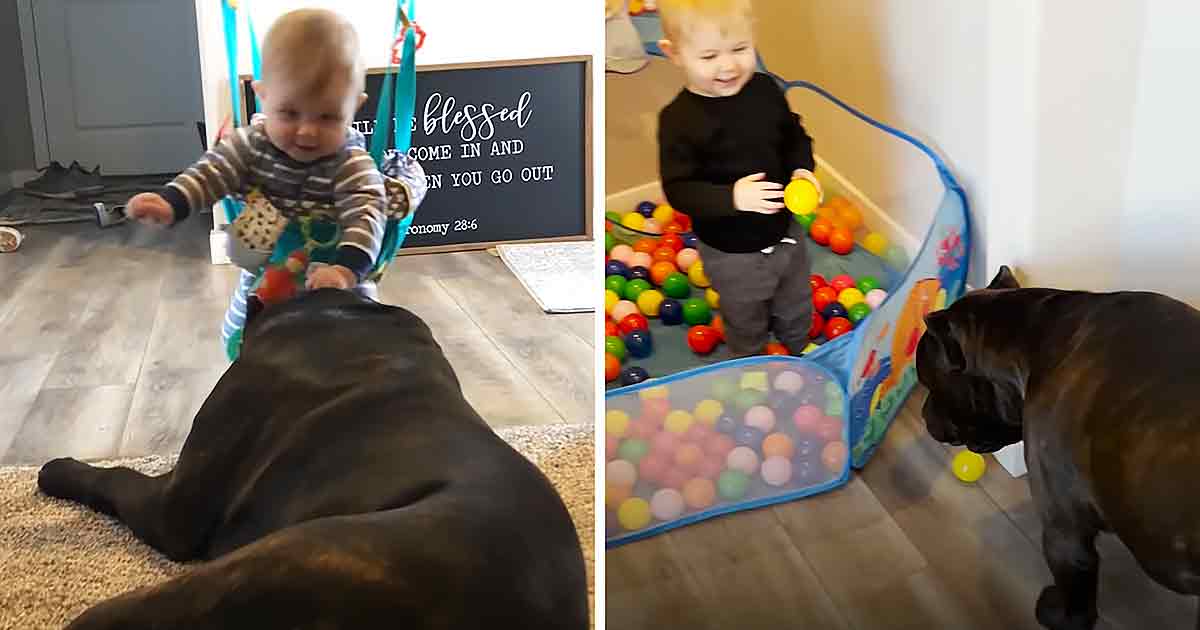 When Drax the Cane Corso first came into his forever home, he was eight weeks old and full of love for his new family. Just a few weeks after he arrived, his new parents found out they were expecting a human sibling for Drax.

When Drax’s new baby brother entered the picture, his parents let him observe the little one from afar. “We always really focused on early socialization and desensitization,” said Drax’s mom.

It became clear early on that this family had nothing to worry about. Drax loved being near his baby brother. Whether his brother was in the playpen or learning how to roll over, Drax was by his side.

Drax’s favorite time was when his little brother played in his jumper. The whole time the baby was there, Drax would lay by his feet. “They were instantly like little magnets to each other,” said Drax’s mom.

Drax reached his full size when his little brother turned one year old. At about 125 pounds, Drax looked more like a mixture between a gorilla and a dog, but he continued to be a gentle giant to the little one.

When Drax’s baby brother was a little older, a special visitor from the North Pole dropped by to visit. Drax seemed to be more of a fan of Santa than his baby brother. “[Our son] reached for his puppy to make sure his puppy was there, like ‘Are you seeing this too?!’”

Drax’s mom was confident that her baby boy was in good hands with his canine sibling. “There’s so many beautiful aspects that a child can have with a dog,” said Drax’s mom. “It’s just so fun to see them grow up together.” 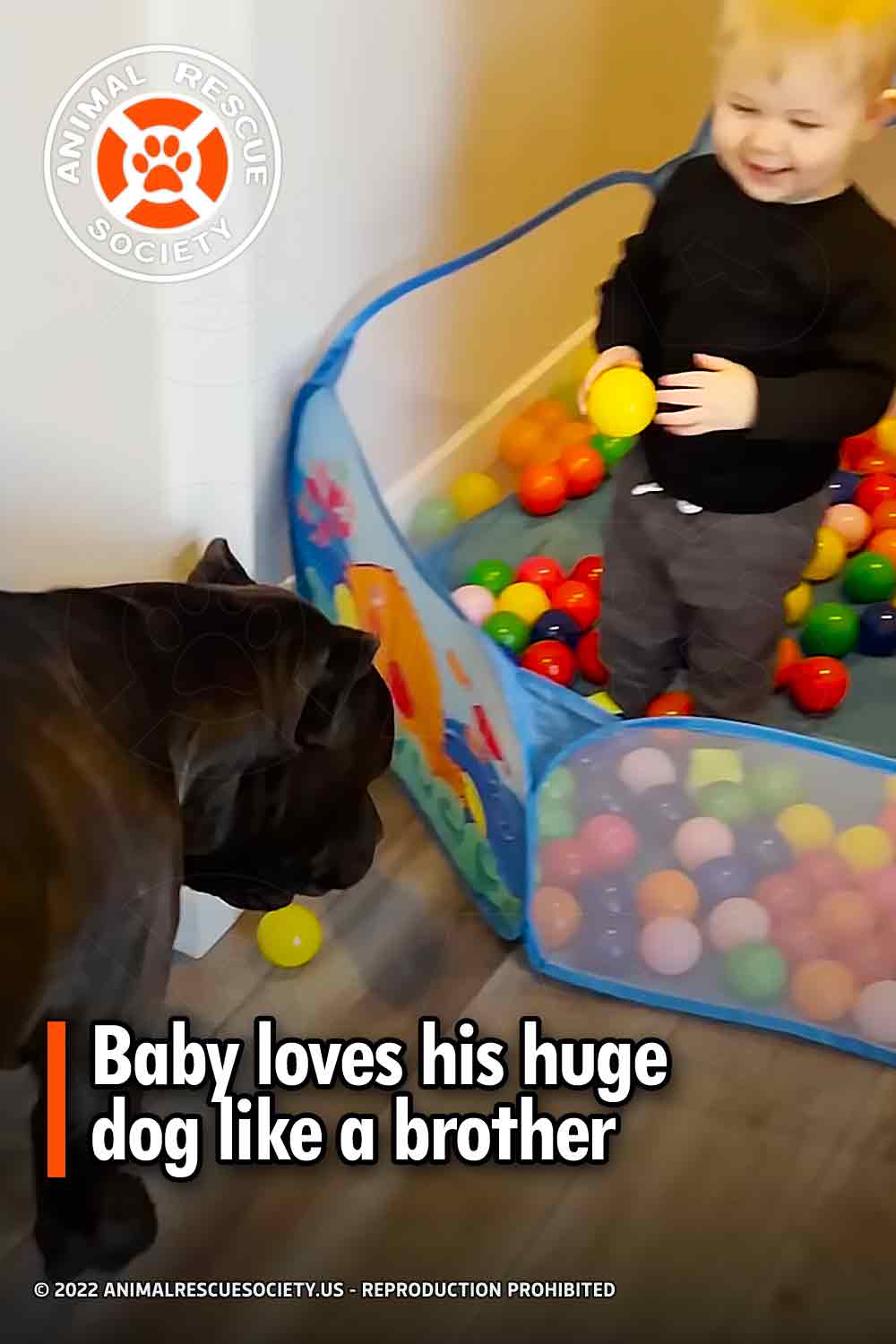