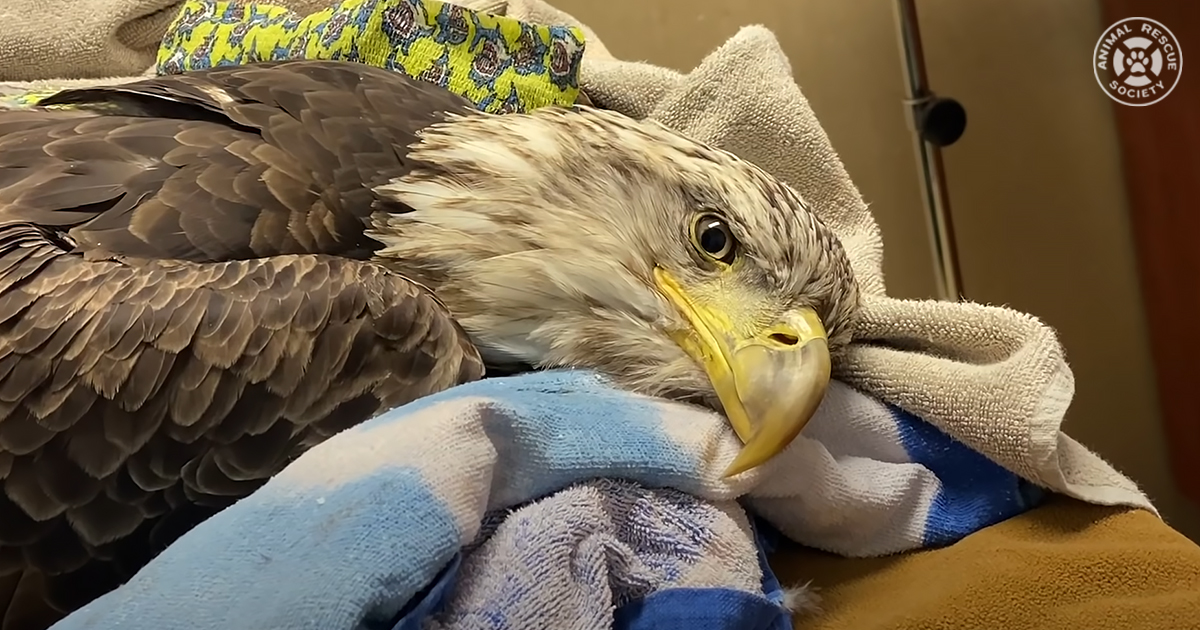 Dr. Cliff had to treat a Bald Eagle after coming into his clinic at Wellington Vet Hospital. When he first saw her, he was in awe of the majesty of America’s National Bird. 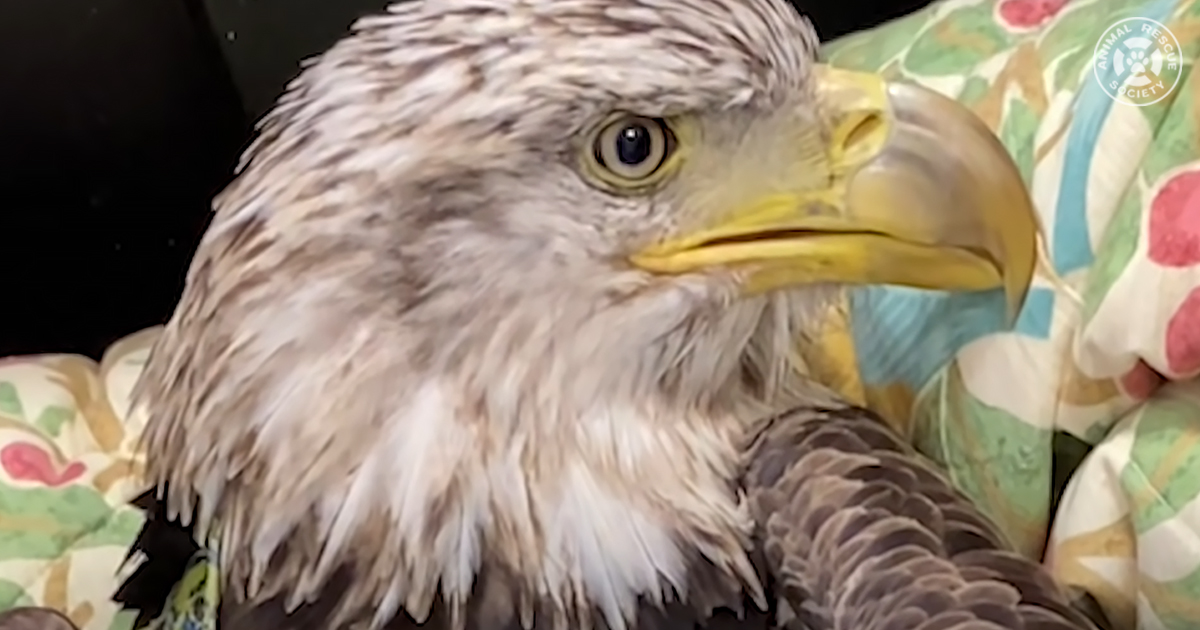 Some duck hunters accidentally shot the eagle, and she had a bad crash. Her bone was pushed through the skin, and her wing needed to be fixed immediately, or she would never fly again.

Cliff felt honored, and he had never treated a bird of that size before. They sedated her and started surgery as soon as possible. The Bald Eagle did well with the anesthesia. 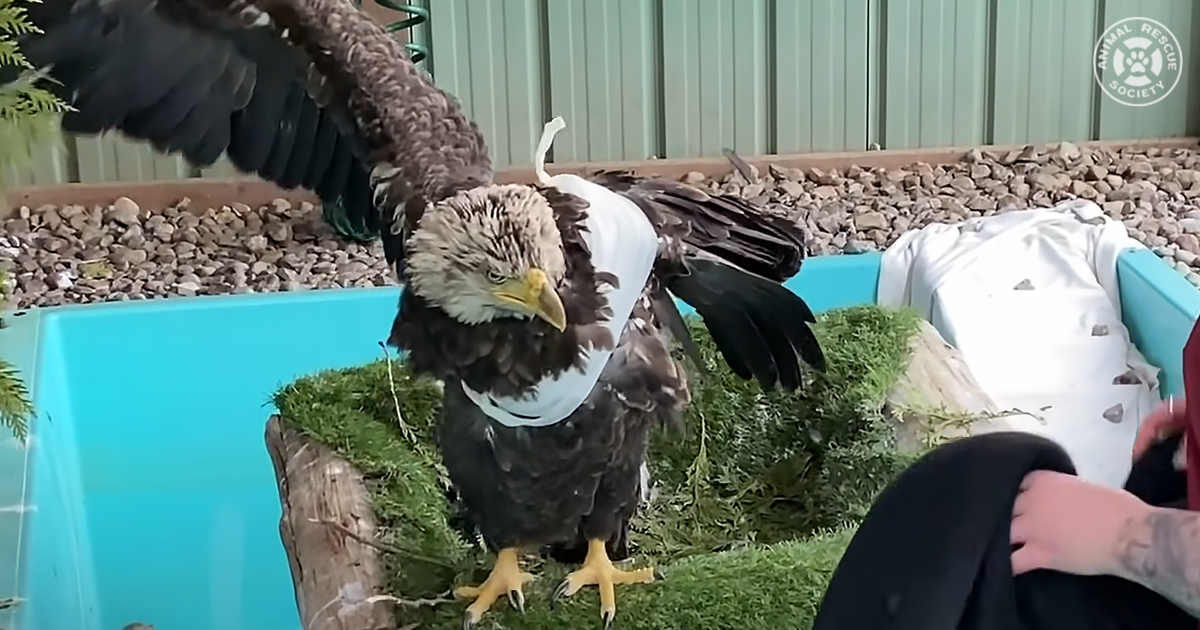 She was then taken to a rehab facility in Ontario, Canada, called Shade of Hope Wildlife Refuge. The eagle was there for six weeks, and they called her Wolf because of her aggressive nature.

Wolf was an apex predator, and she did not enjoy being in a cage. All she wanted to do was be back in the wild, but they had to make sure she was ready. 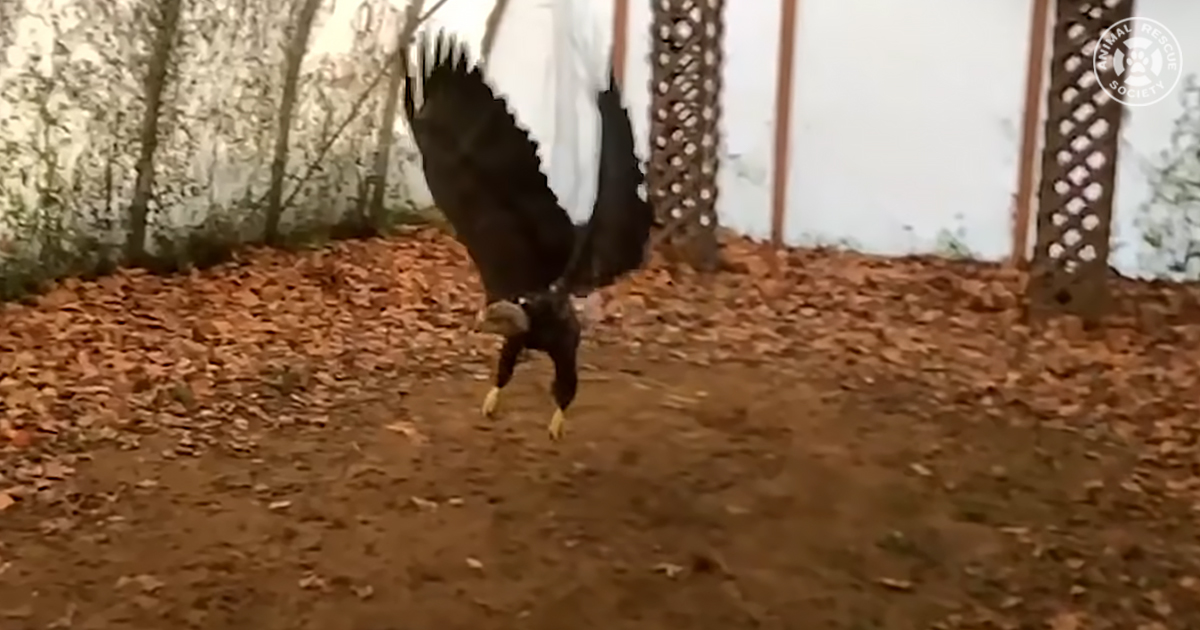 They did a few test flights, and her wing was definitely getting better. Dr. Cliff was called in when Wolf was ready to be released. It was a cold, wintery day when they took her out.

The frozen Niagara river was covered with snow, and Cliff did one last exam on Wolf before they let her go. When they let her free, she flapped her wings and flew away. 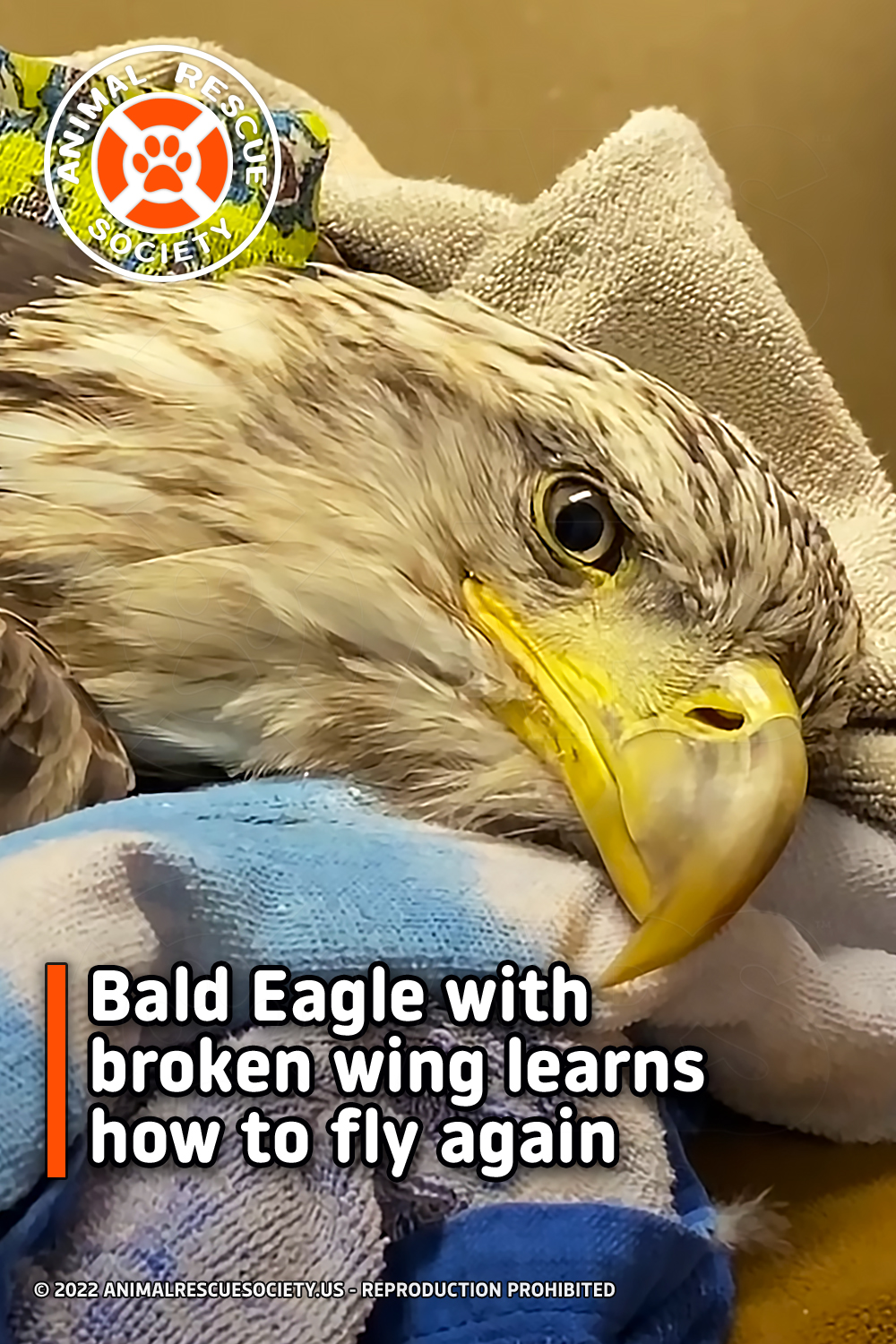