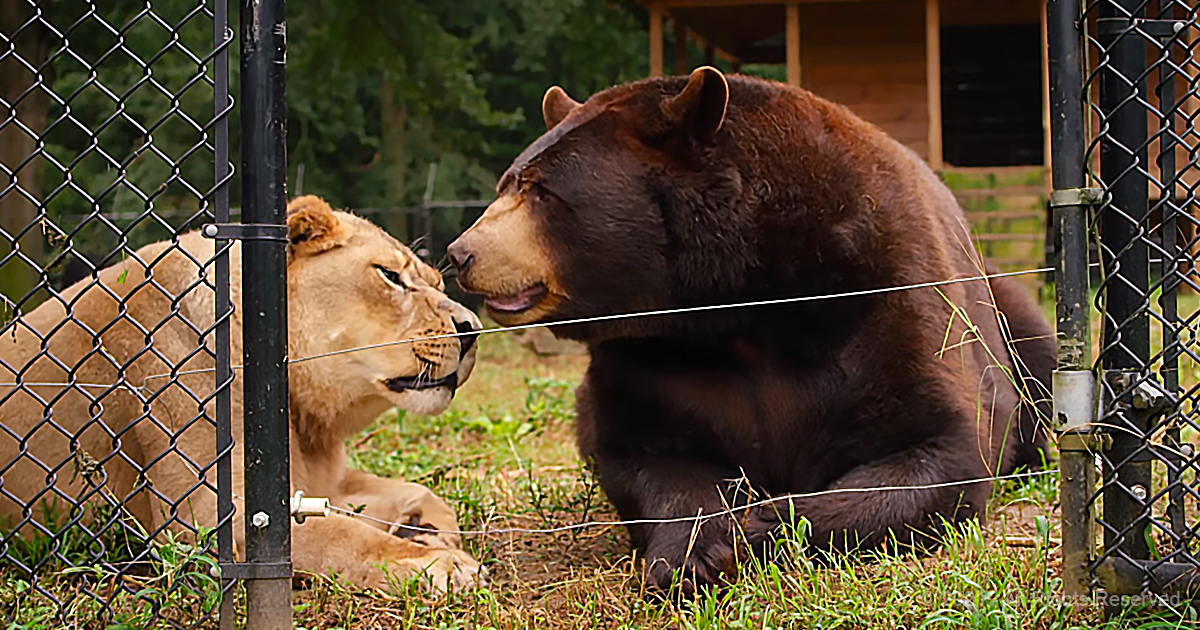 Leo, the lion, Baloo the bear, and Shere Khan, the tiger, share a rare relationship with each other that’s leaving people baffled. It all started when they were kept together as babies, and instantly became best friends.

In the wild, lions, bears, and tigers don’t generally get along. Usually, one will leave with a few scars, but that’s not the case with these three. They were illegally kept in someone’s basement until they were rescued and brought to Noah’s Ark animal sanctuary.

Once they arrived, the sanctuary employees tried separating them, but the unlikely trio wasn’t having it. Now, at 12 years old, they love to relax together in the yard, snuggle up for naps in the clubhouse, and of course, enjoy a tasty snack.

Baloo, Leo, and Shere Khan continued to steal the hearts of anyone who met them. They have a friendship that leaves people in awe, but they’re lifelong brothers that show us how incredible bonding can be. 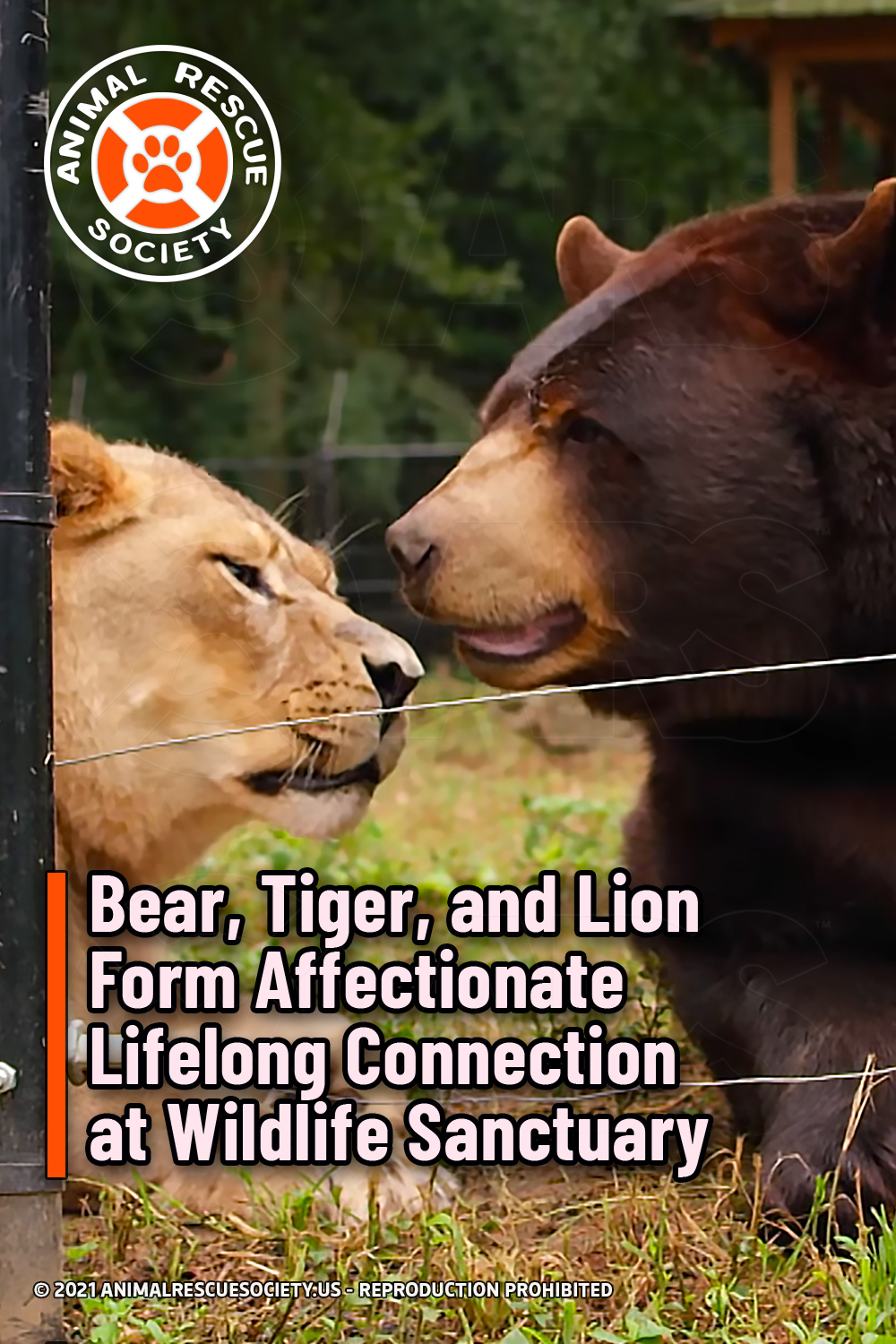