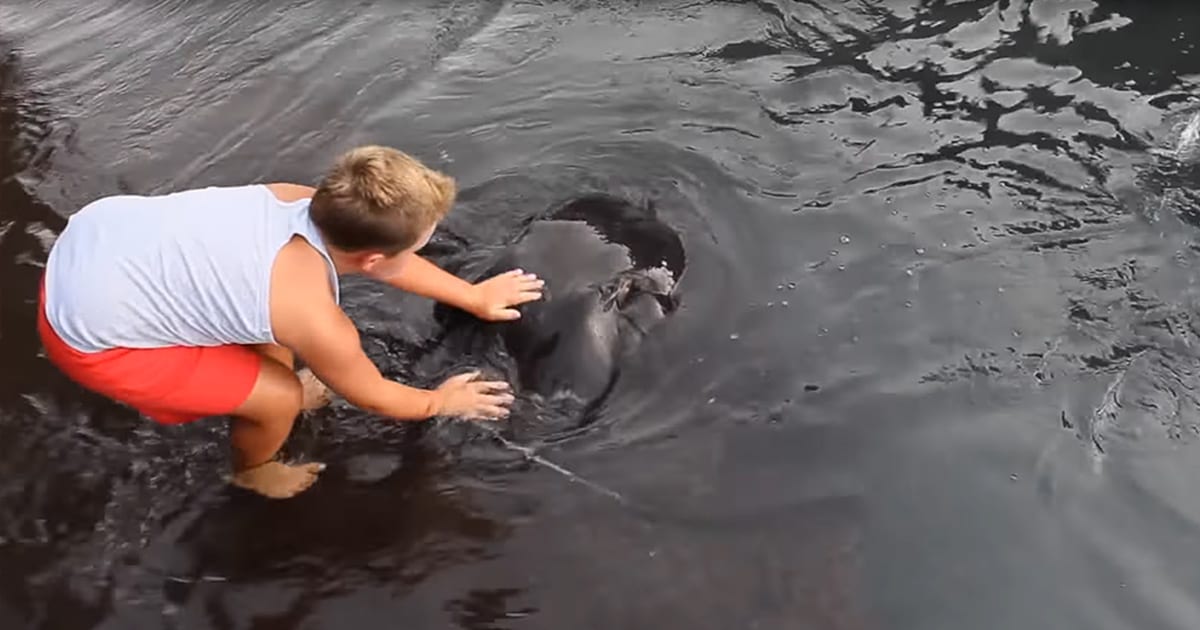 Young children often make strange choices for friends. Some even have imaginary friends. But not the boy in this video. His special friend turns out to be a gentle, giant manta ray.

His unusual friendship with the huge sea-creature has been captured on video at the wharf on one of the Canary Islands. This lovely subtropical archipelago is located to the North-West of Africa and sightseers can be sure to view large numbers of rays and fish in the coastal waters.

The rays regularly gather around this set of stone steps at the harbor, where the local fishermen throw their rejects and scraps every day. Many local marine animals have learned to rely on the tasty scraps for a free meal.

The boy was recorded this day, at the steps feeding his buddy, a friendly manta ray, who he often calls in for a hand-held treat. The ray shows no fear of coming right up to the steps to take the food from his friend’s hand and even calmly accepts the boy’s stroking.

You could almost be forgiven for saying that the pair were greeting each other affectionately and seeming to enjoy each other’s company. While the child fed the ray, the trusting creature flapped its huge wings, trying to move even closer to him.

It is not so odd, though, because manta rays are known for their gentle, unmenacing nature. They are thought to possess higher intelligence than most marine animals and they are often quite curious around humans.

Manta rays are the largest species of stingrays. They can grow to more than 20 feet wide and can weigh up to three-thousand pounds! They are not normally aggressive but, like most animals, will defend themselves if they are attacked or are frightened. There are extremely few recorded deaths by stingrays. You are at much greater risk of coming to harm from a common domestic cow. 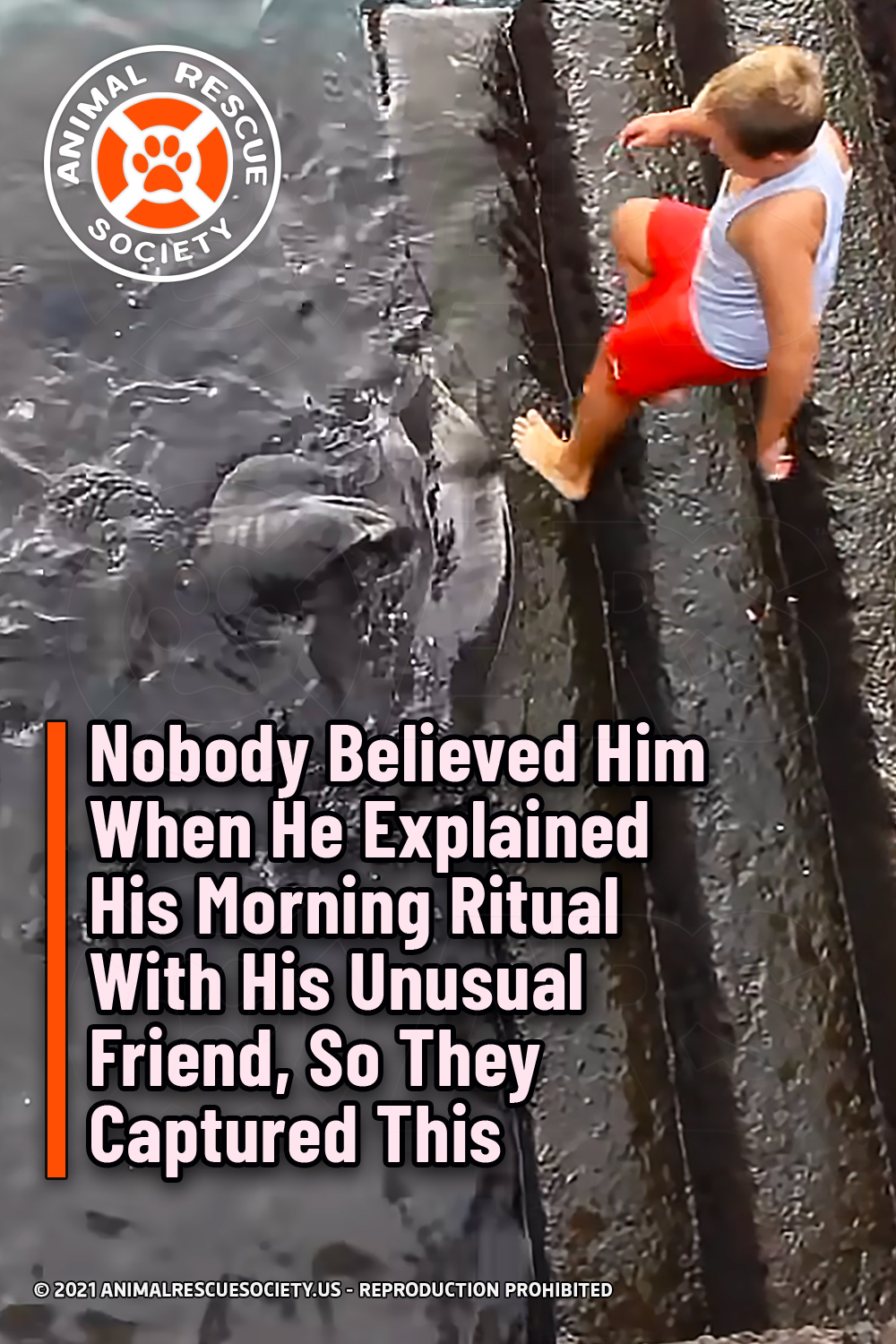