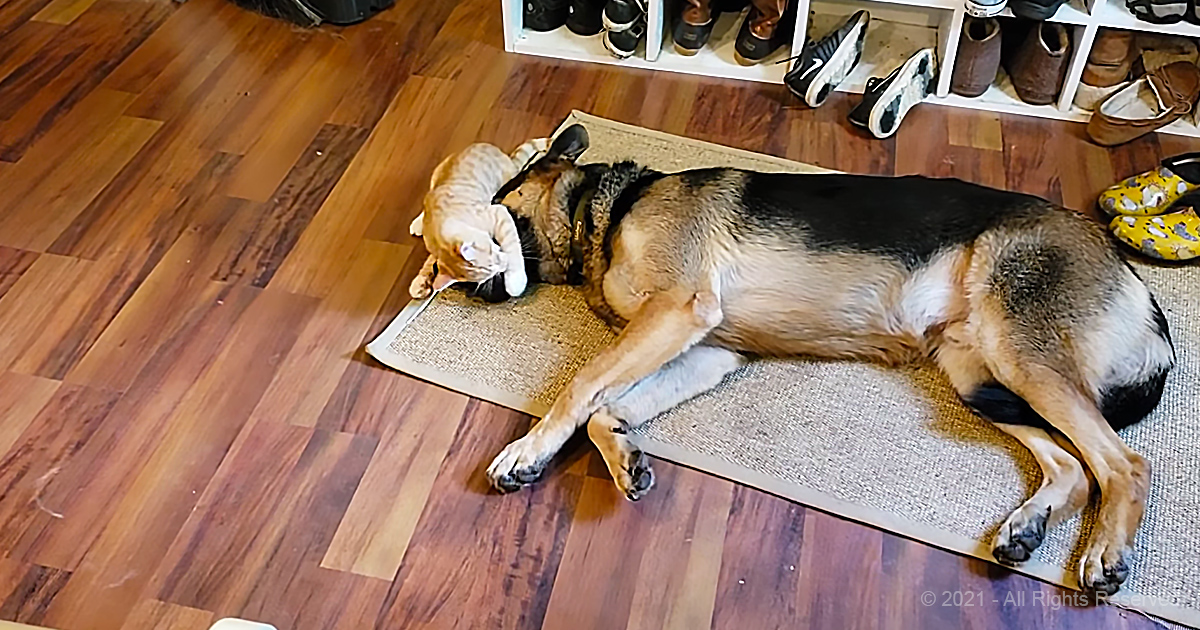 Beck has no problem protecting his house, so the kitten was unneeded. After a short while, the kitten became part of his protection duties.

Dogs and cats don’t always play nice with one another. They are natural enemies, or at least that’s how Hollywood frames it. But the truth is a little more complicated than a species rivalry.

Beck is a 1-year old German shepherd that is used to having his run of the house. He is spoiled rotten and has never had to share his territory.

One day his humans bring home a small ginger kitten named Bleu – it did not go well. You can almost see Beck roll his eyes at the kitten, uninterested in sharing his home. Like a grumpy old man, he resisted playing with the annoyingly hyper kitten.

That annoyance turned into a bond, and soon the siblings were playing together on a daily basis. As Bleu grew into an adult, Beck remained protective of his new cat brother.

Cat and dog bonds don’t always work out like this. This is proof that it is all about their individual personalities and the environment they’re raised in. These pet siblings now have each other for life and an open-door policy for new pets. 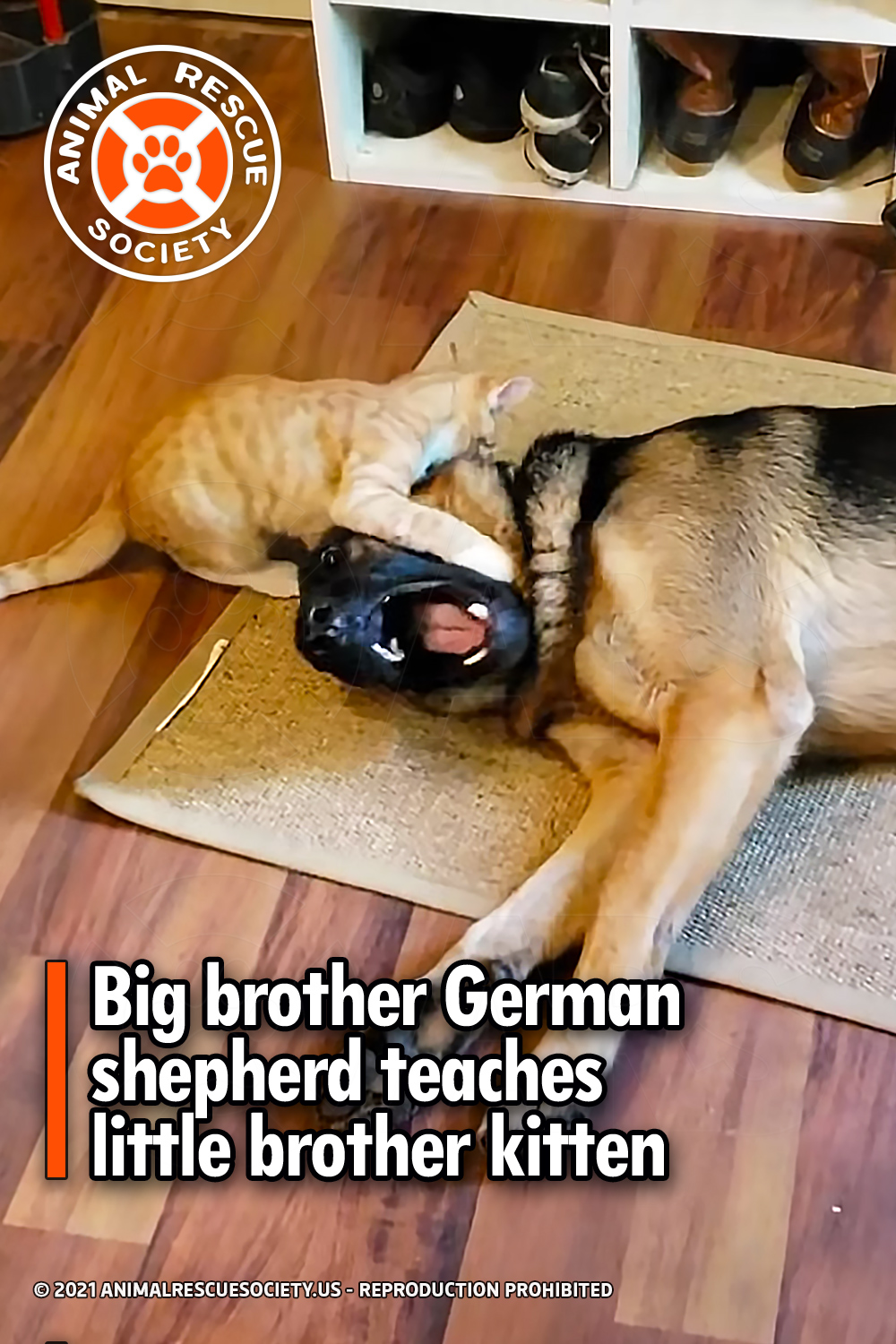