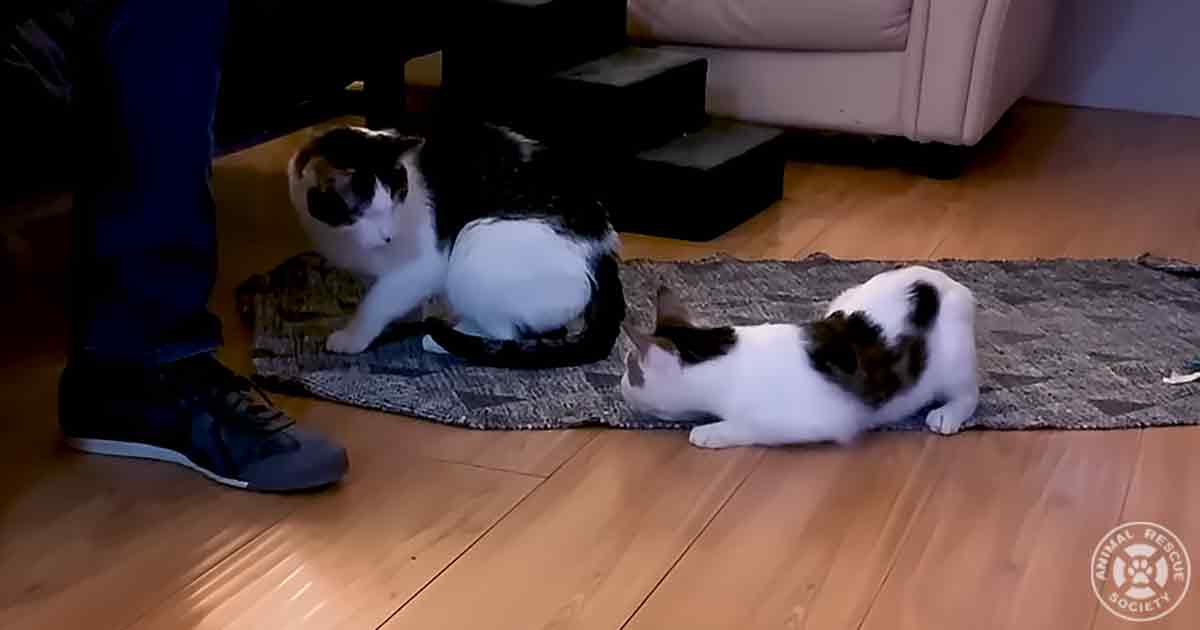 Going from being an only child to an older sibling is hard on anyone, but it is especially hard for cats. That was especially true for the blind cat, Melvin.

Because he could not see, Melvin was particularly sensitive to changes. For two years, he lived as an only child to his parents, Jackie and Ellison. For those two years, Melvin could not have been happier.

Despite his inability to see, Melvin navigated his home without a problem. When he was not walking around his house, he would snuggle up on the chests of his two favorite humans.

But one day, Jackie and Ellison received a call from Melvin’s former foster mom. She asked if they wanted to foster a cat that looked just like Melvin. “She looked like Melvin’s long-lost sister,” said Ellison.

On the other hand, Melvin felt no sibling attachment to this feline stranger. “Melvin was not pleased about it,” said Jackie. “He was making all sorts of crazy sounds, just puffed up in a ball of angry rage.”

The transition was even more difficult because both cats could not see each other. On several occasions, Scout would lie on her side to show submission, but Melvin could not tell she meant no harm.

Jackie and Ellison wanted to adopt Scout, but they needed to see that they would both be happy living together. Then, one day, everything changed. Watch these two adorable special needs cats learn to love each other. 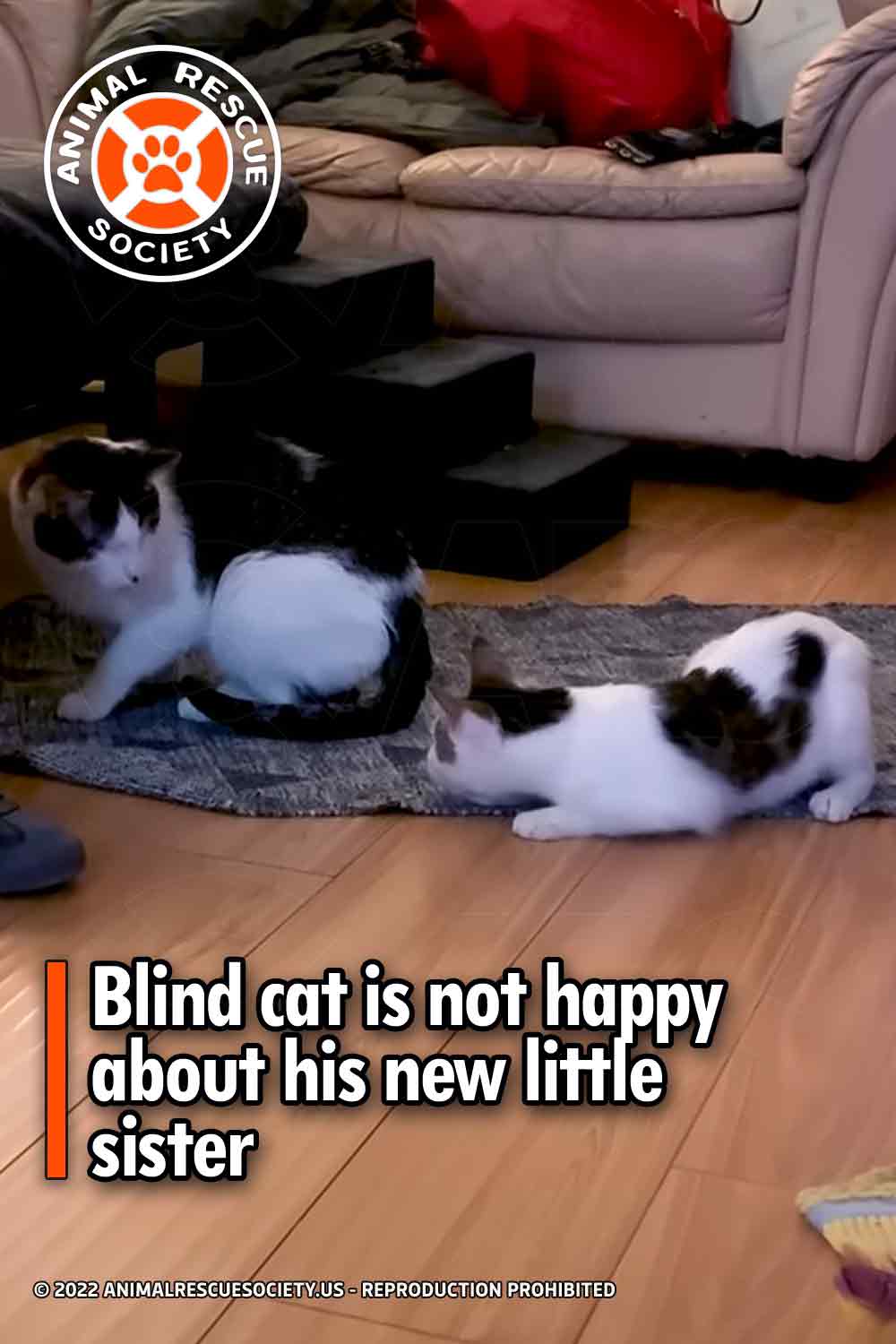