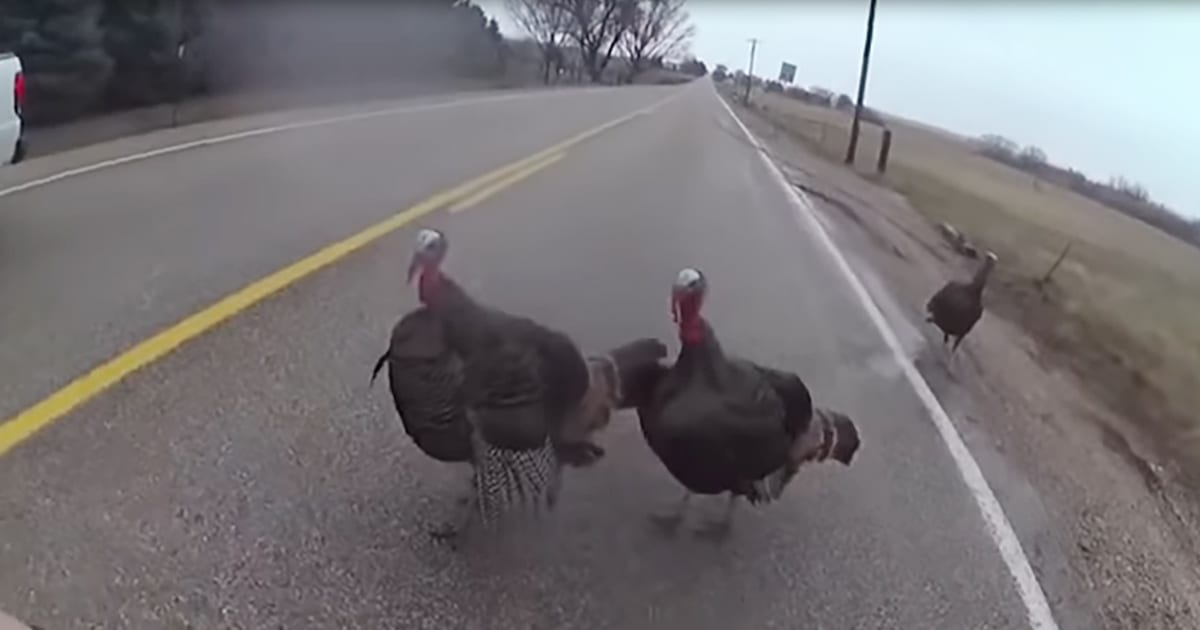 The majority of people have no idea what a cop sees during his or her shift. There are a variety of circumstances that they may run into on the job. When a sheriff in Idaho crosses paths with an unlikely suspect, things get hysterical.

Thankfully, the sheriff had his bodycam turned on as he approached a country road. We don’t see anyone else around, making us confused as to why the officer is pulled over in the first place. That’s until we see a group of wild turkeys come into frame.

You can hear the wild turkeys cluck about as they roam around the street. The officer realizes that they could be trouble, especially if a car were to drive by and accidentally hit one of them. It’s his job to get these gobbling birds out of harm’s way.

He tries using his wand to wave them out of the way, but instead of getting scared off, these three turkeys got defensive. Trying to get louder to scare away the birds, the officer is unsuccessful at clearing the street. Eventually, he gets back in his car and allows the turkeys to roam around as they please.