Nathan Wagstaffe from Critter Care Wildlife Society in British Columbia, Canada, found an abandoned baby skunk. The poor animal was crying and looking for his mom. He brought him to the shelter and took care of the little one.

Nathan observed that the baby skunk was making screeching sounds until he saw that they would feed him milk. Thus, as soon as Nathan provided him with milk, he would become the most lovable and friendly baby skunk.

After the baby’s first week at Critter Care, the little baby’s personality started to shine through. Nathan decided to name him Stomping Tom as he was very expressive when he would begin to stomp his feet.

He would always stomp his feet whenever someone tried to touch him or wanted milk. He was the grumpiest baby skunk the shelter had ever found. However, Stomping Tom was soon introduced to a playpen with several other orphaned skunks.

Nathan did this so that Stomping Tom could learn his social behaviors. However, when the little skunk was introduced, it was clear that he wanted to be the top dog from the get-go. He would go around stomping at everyone and wanted to dominate all of them.

However, by the end of the day, all the orphaned skunks would cuddle up together despite the differences they had. Stomping Tom had become close to one of the orphaned skunks called Pepe Le Pew, and they would follow each other. Especially when they were moved to the outdoor enclosure.

It was soon time for the little ones to be released. Both Stomping Tom and his best friend Pepe Le Pew were together on the release day. Nathan was happy to help the little ones get back into the wild. 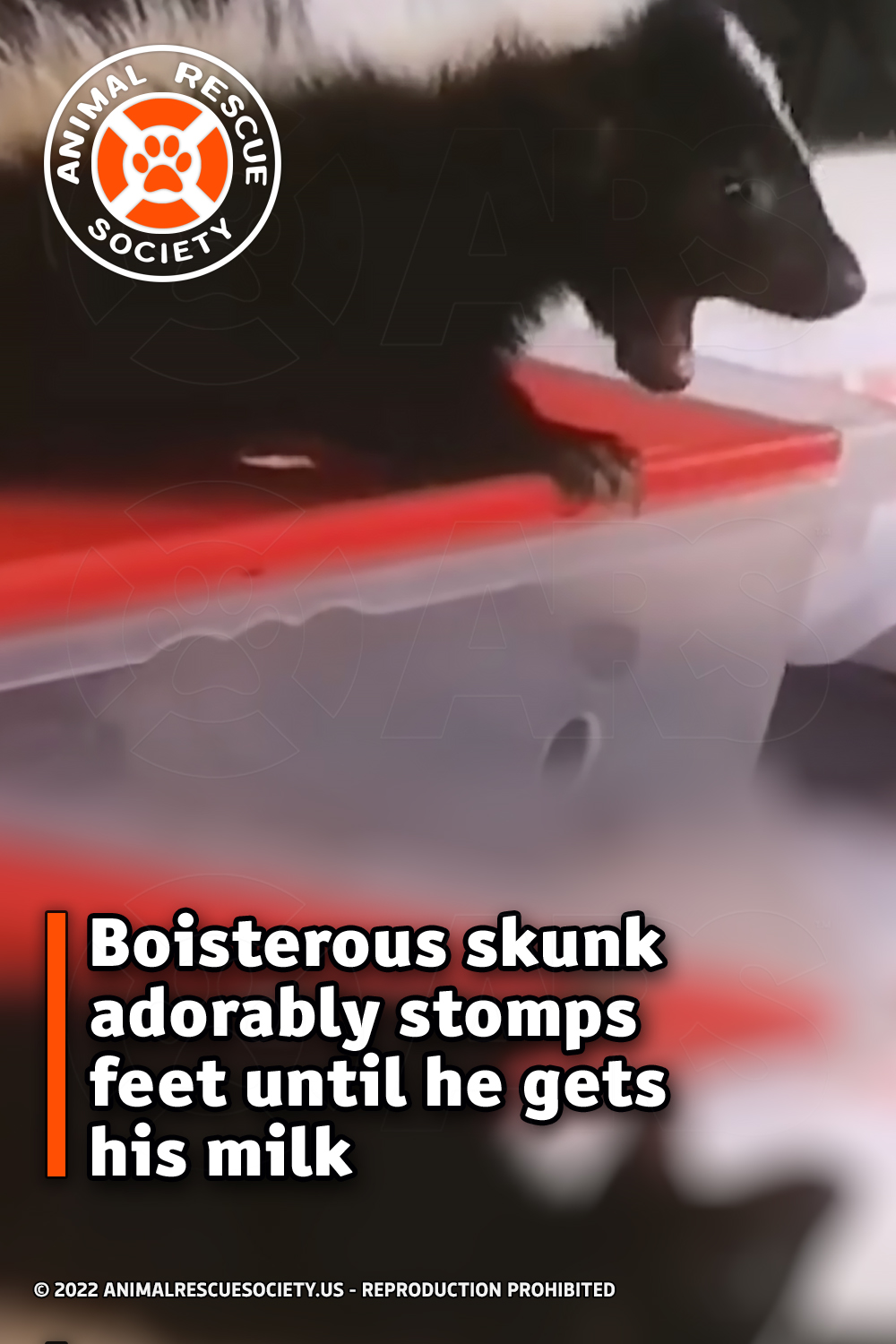