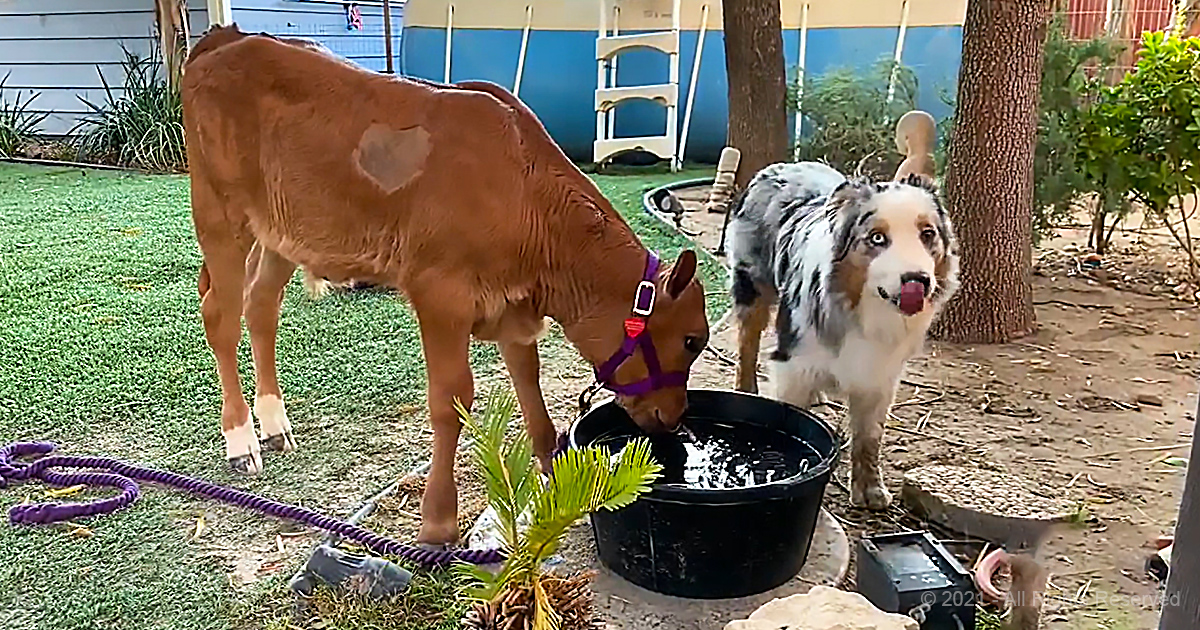 Sky the Australian Shepard takes his job as this calf’s older brother very seriously. From laying with him when he was ill to playing in the backyard, this unlikely pair have an inspiring bond.

When the owners of the rescue non-profit “The Gentle Barn” rescued this calf from the slaughterhouse, they had no idea what they were in for. At 50 pounds and a week old, this calf was sickly and in dire need of help.

Instead of leaving him in the barn, Ellie Laks and Jay Weiner brought him into their home. They set up an oxygen tent in the living room and worked to nurse the poor calf back to health. Their family Australian Shepard, Sky, laid beside the calf as he recovered.

Now, John Lewis Thunderheart (named by internet donors and fans) is 350 pounds and still growing. He still lives in the house, mostly because the family finds it difficult to separate Lewis and Sky, his best friend.

It’s not every day that you see such a unique animal pair. They have a strong, unbreakable bond, and soon Laks and Weiner are going to have to decide if they can live with a cow in the house. 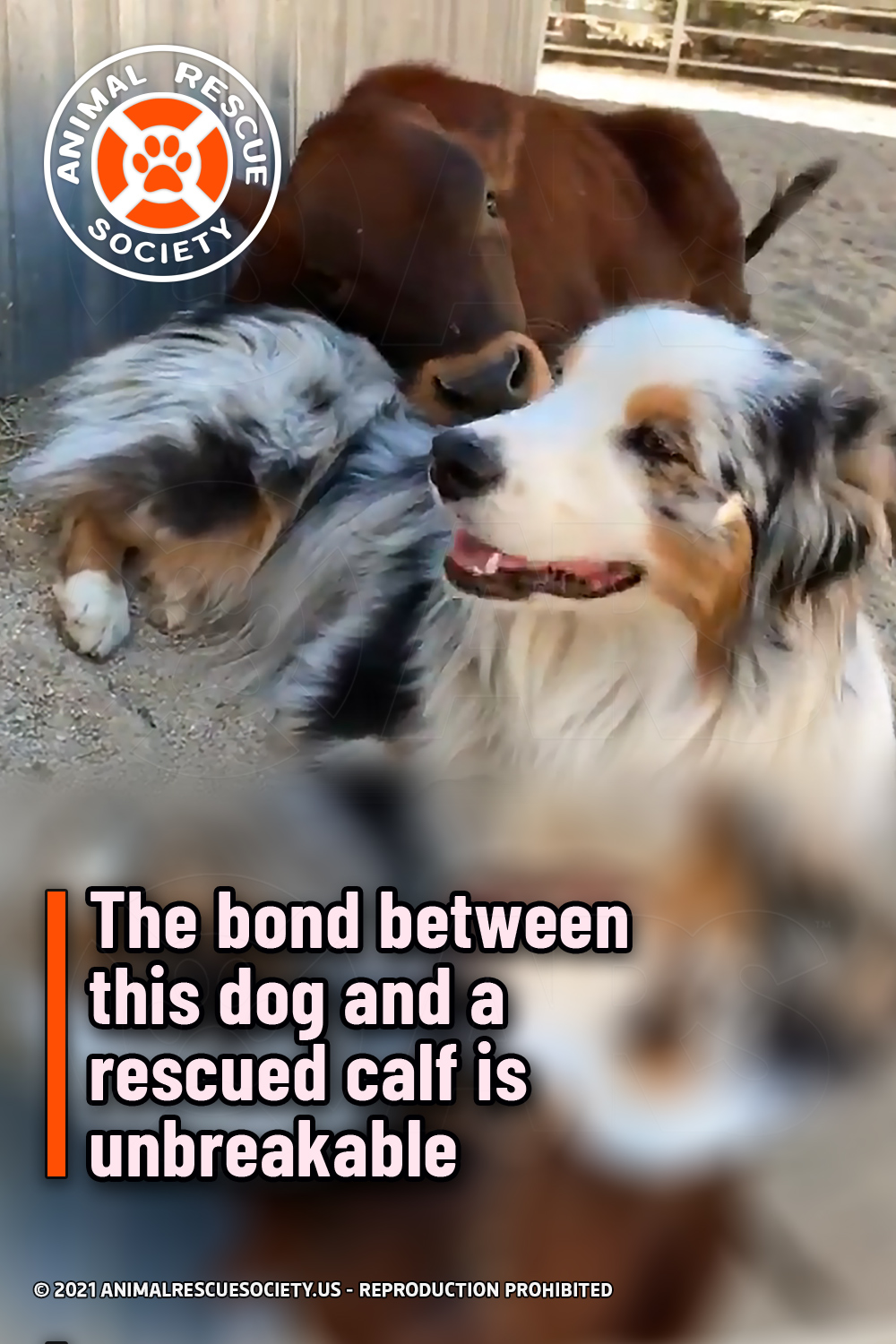