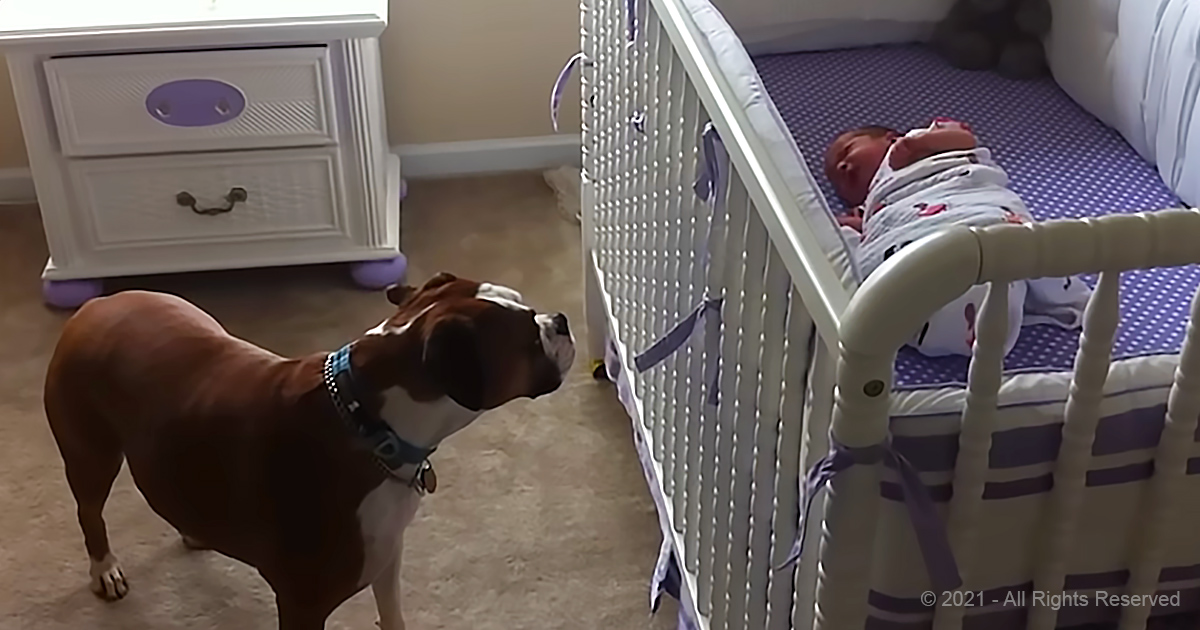 When baby girl Malina was brought home from the hospital, her family hoped she would get along with their dog, Bella, or that the two would at least tolerate each other. The bonding happened even quicker than they expected when Bella first heard the baby crying.

The first time Bella heard Malina’s voice, the boxer was hiding behind the bed skirt under the girl’s crib. Directly above Bella was the tiny infant, still sporting her hospital armband and swaddled in a baby blanket. She softly cooed from inside the crib.

As Malina began crying, the girl’s mother lifted up the bed skirt to reveal Bella, hiding and apparently wondering what was making that strange noise above her head. The dog crept out slowly, then began searching for the baby, who was hidden behind bedding.

Bella began to whimper and pace around the room, trying to figure out what was in there and why it was in distress. It had only been a couple of days, but Bella had already adopted a new role as a big sister and protector of her new best friend. 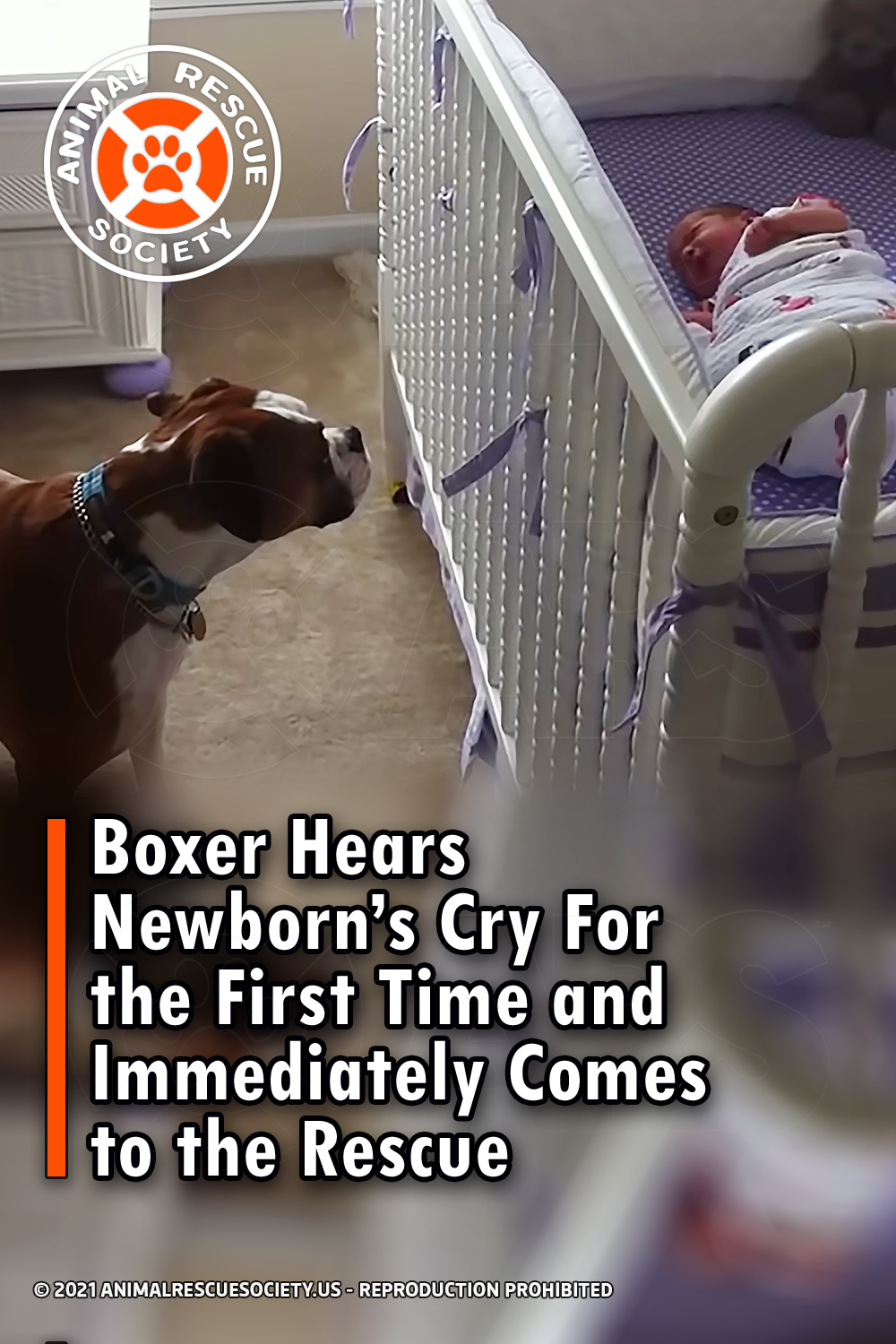