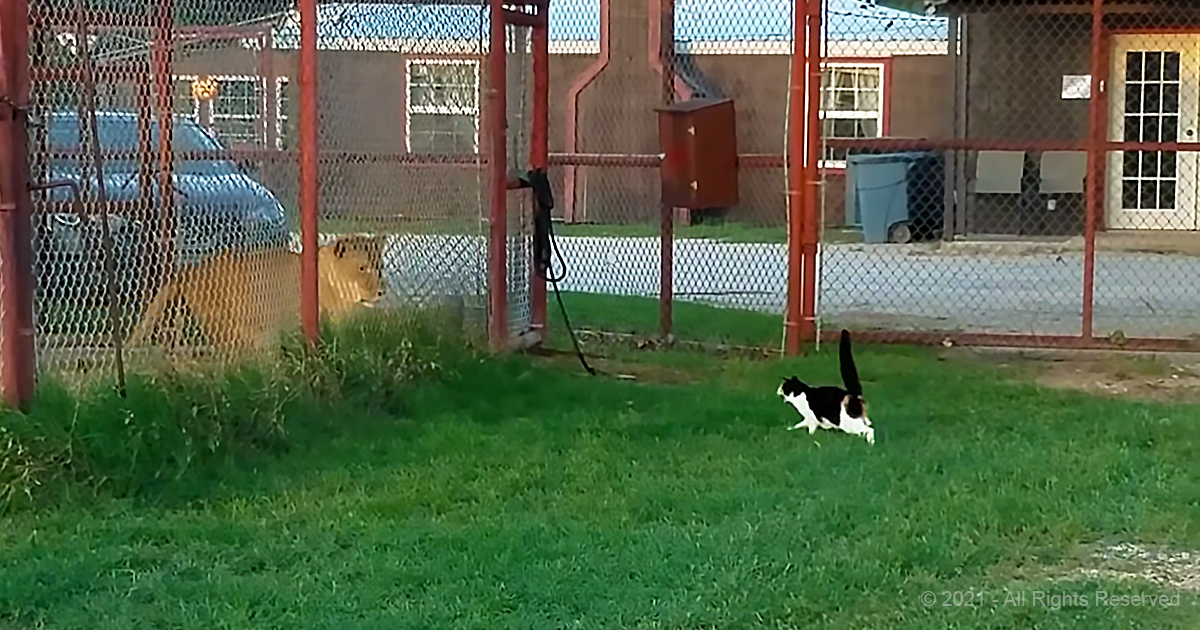 Baggy the housecat thinks that she can take on a giant lioness. When she challenges Noey the lion, she proves that she can play with the big cats.

At the Center for Animal Research and Education (or CARE) in Texas lives a housecat named Baggy. She’s a brave little thing, although she’s shy of cameras. No Baggy’s bravery manifests in other ways. You see, since Baggy lives at a rescue center for big cats, she thinks she’s a big cat too, and when she challenges the giant lioness Noey to a play duel, her daddy caught it all on camera.

Baggy steps up big time, taking up an “I will pounce you” stance, which the lion mimics. Baggy’s daddy, Derek Krahn, watches in awe as Baggy attempts to put the lion in her place — from a safe distance away from Neoy’s enclosure, of course. Then Baggy struts off as if she’s won, to the wonder of her owner. That is one brave feline. 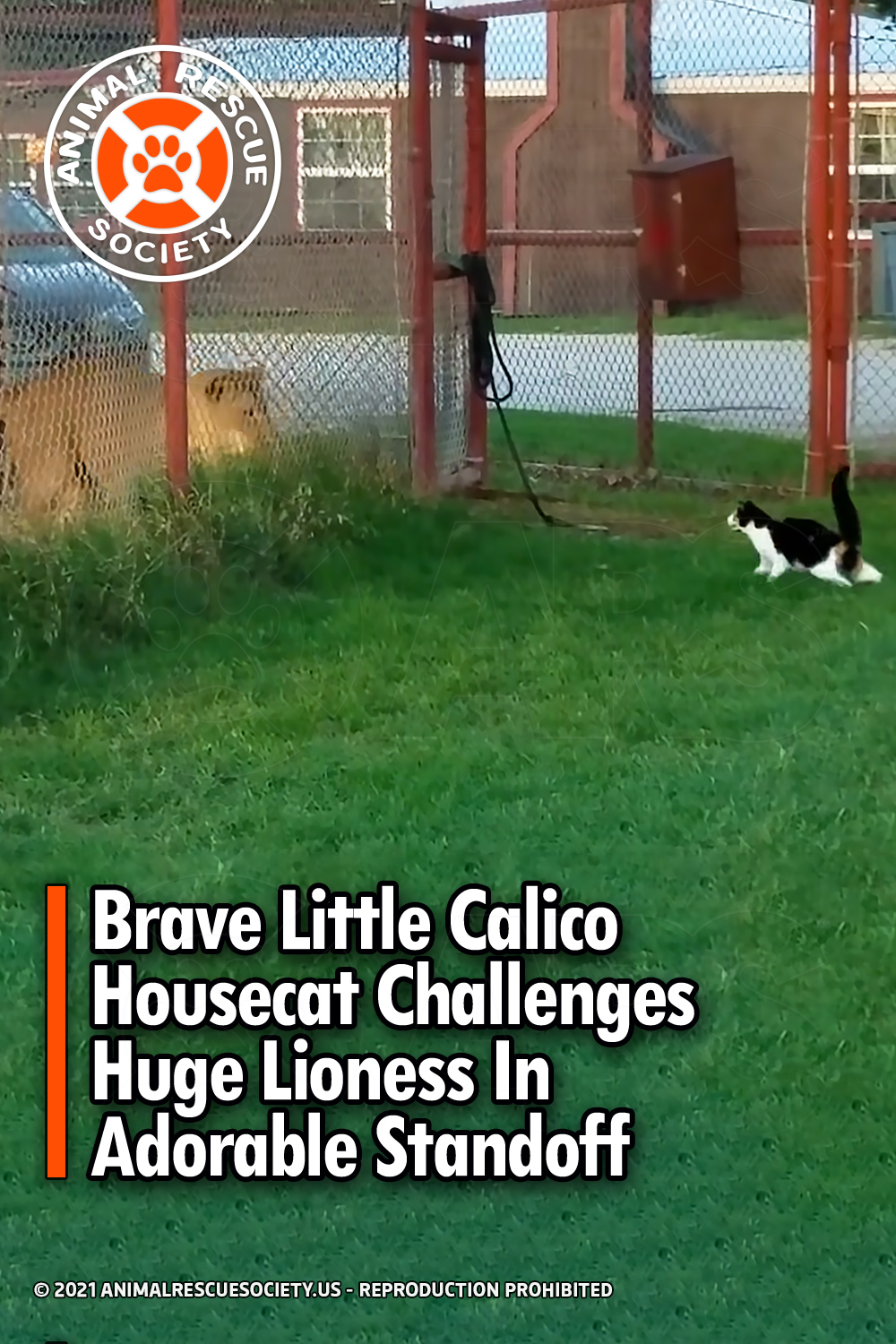