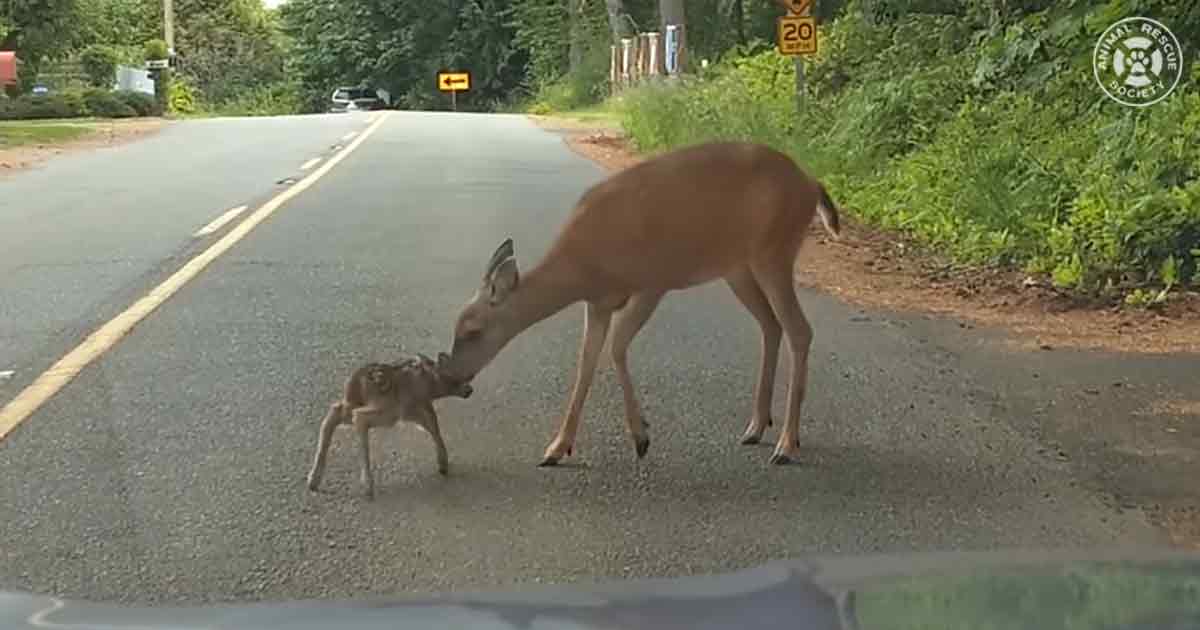 One sunny day, on a small, two-lane highway in Port Orchard, Washington, Jessie Larson was driving down the road when he saw a baby deer lying in the middle of the road.

At first, Jessie thought the little fawn might be hurt or worse. The baby deer seemed frozen and unable to move. Jessie was about to step out of her car when she caught movement from the forest.

Out of the woods came the baby deer’s mom. So, instead of hopping out of her car, Jessie grabbed her phone and decided to capture this sweet and inspiring interaction.

Not wanting to scare the mother or her baby any more than they already were, Jessie cut the engine on her car and watched the mother deer approach her baby.

While Jessie watched in awe, the mother deer walked up to her baby. The doe froze when she saw the car. But the mother was determined to help the fawn, nuzzling the baby with her nose.

Encouraged, the baby deer rose onto its shaky feet. It looked like the baby might hunker down again, but it followed behind its mother, and the doe guided her fawn back into the woods.

Thanks to this brave mama deer, this baby was safely off the road again. Take a look at this awe-inspiring and heartwarming interaction that is one of the cutest deer videos we have seen since Bambi. 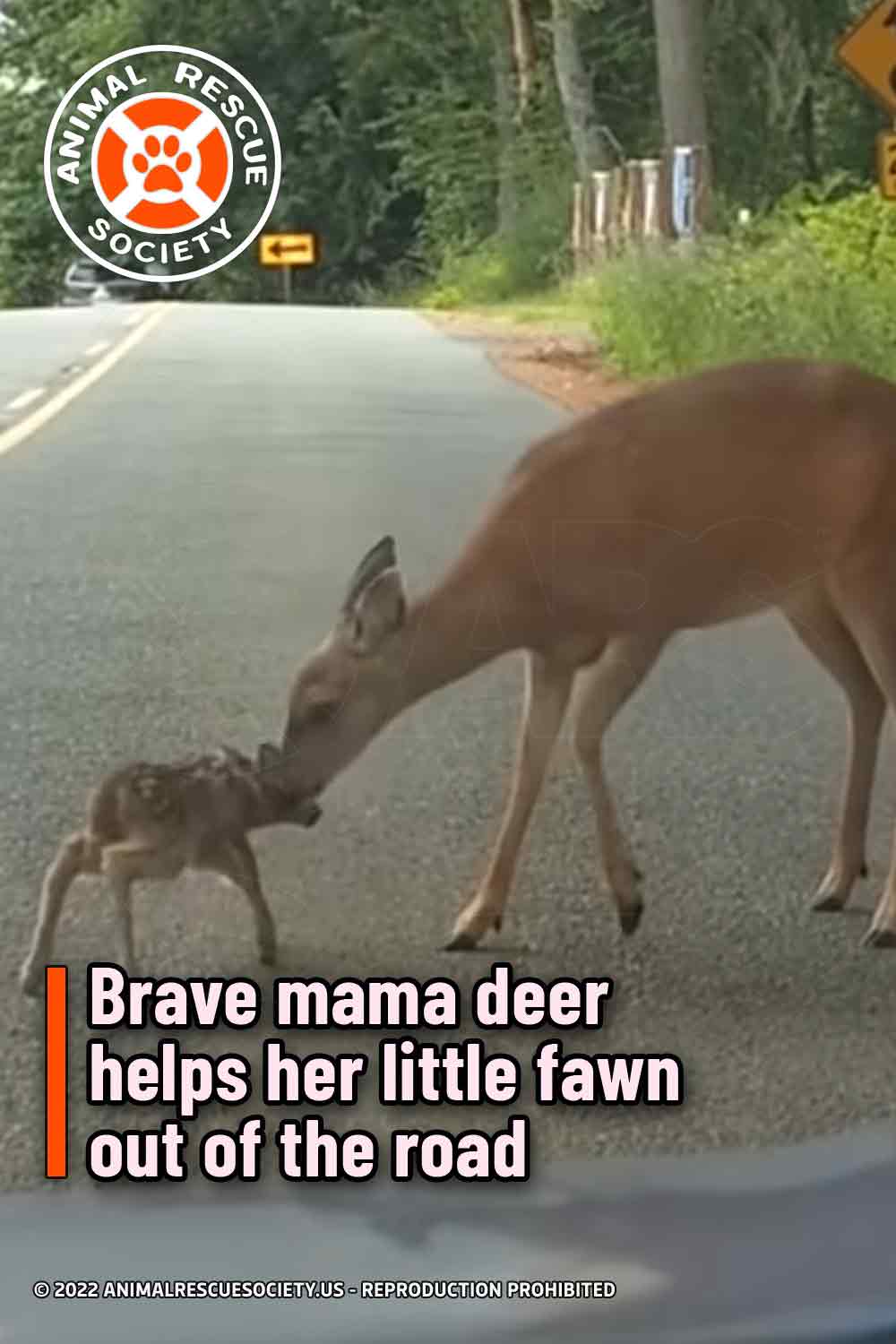