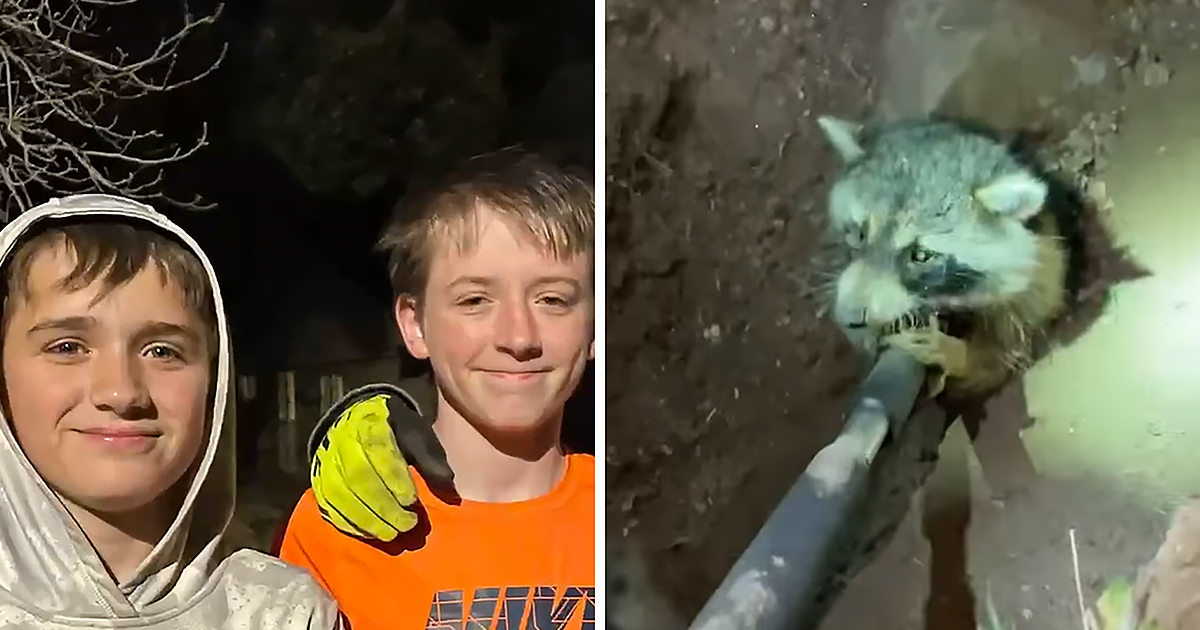 When Daiton, 14, and his brother Rylen, 12, were wandering through the woods near their home, they discovered a collapsed animal warren. When they examined it closer, they realized that a poor raccoon had been trapped in the cave-in.

Knowing that every second counted, Daiton and Rylen ran home to tell their dad what they saw, and the two brothers and their father, Dray, returned with his shovel.

When he arrived, only the head of the poor animal was sticking out of the dirt, and the raccoon was struggling to breathe. He knew that if they were going to rescue this animal, they had to act quickly.

Digging out the raccoon proved to be trickier than they thought since they could not determine which way the raccoon was lying. As night fell, they called in help from the Wild West Wildlife Rehabilitation Center.

Once the team freed the raccoon, they brought the creature back to the rehabilitation center to ensure the animal did not have any lasting injuries from the accident.

Fortunately, the team released the raccoon shortly after he arrived, as he was uninjured. “I could see the sense of accomplishment in my boys,” said Dary. “I could tell this would be something they would never forget.” 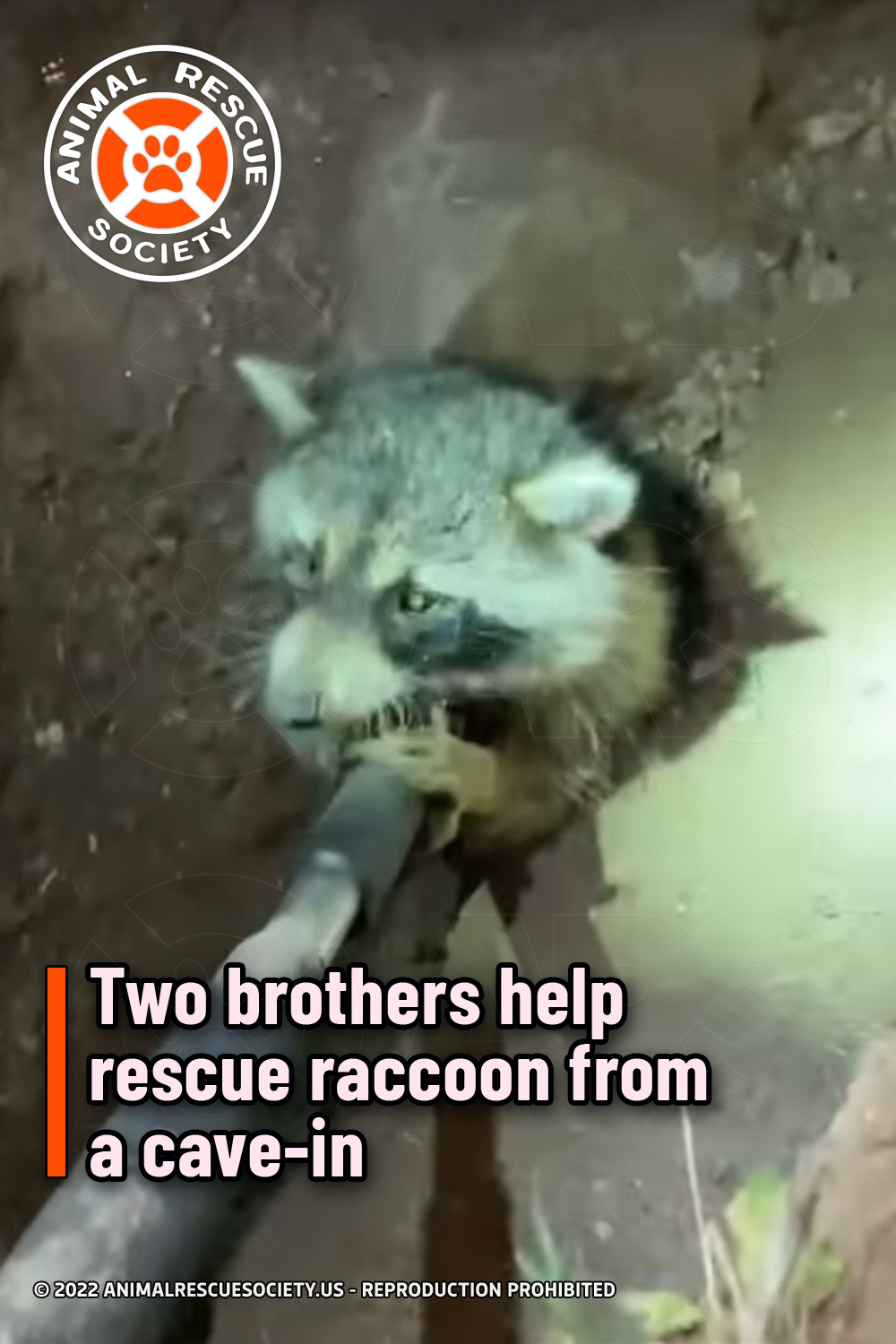