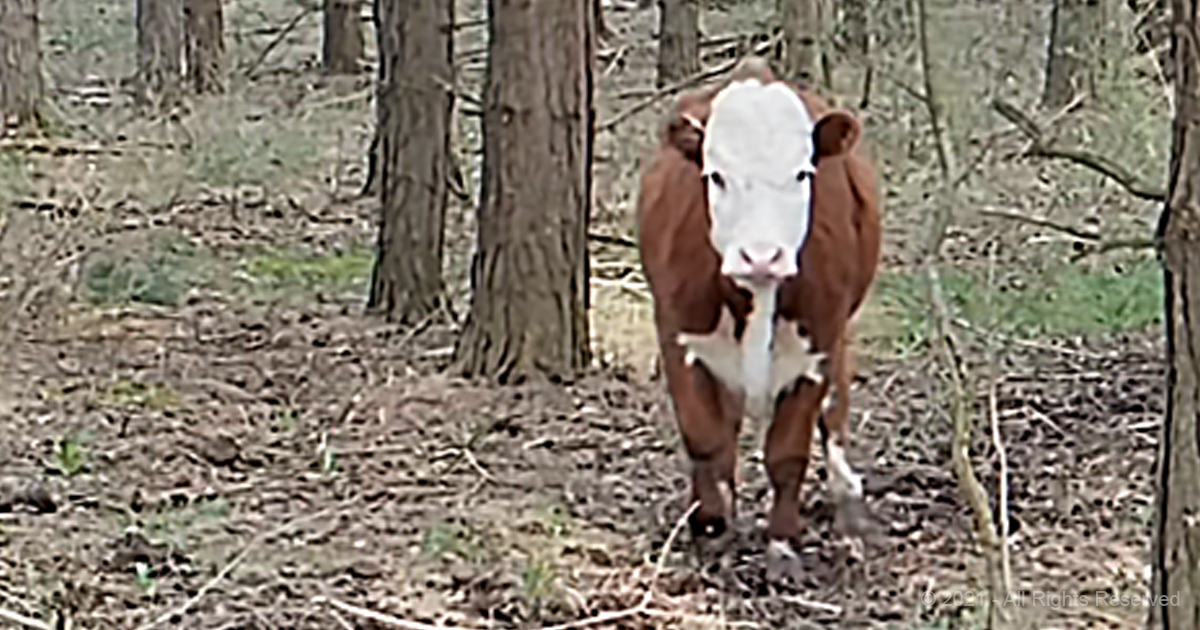 At just four months old, little Bonnie ran away from home. The little brown and white cow lived on a farm in Holland, NY that raised cattle for slaughter.

It was so scary, confusing, and loud for her as everyone frantically shuffled around while being loaded onto a trailer that was bound for the slaughterhouse. Taking advantage of the mass confusion, Bonnie ran off into a nearby forest.

For weeks, the runaway calf was spotted in the woods by people in the neighborhood, but no one was able to catch her. She was quite the elusive little cow. People wondered how she was able to survive for so long on her own since it was the middle of winter.

Hunters in the forest soon began reporting that Bonnie was making appearances on their trail cams. From the trail cam footage captured, Bonnie had escaped and found a new herd – a herd a deer. Strangely enough, the herd of deer seemed to accept the orphaned cow as one of their own.

She began faithfully making trips through the snow out to where Bonnie was staying. Pulling food and bedding on a sled, Becky slowly began making friends with the frightened young cow.

Because of her horrible experience with humans, Bonnie was very hesitant about Becky at first. However, with time, Bonnie began to see that Becky wasn’t so bad after all. In fact, she even began to approach Becky for snacks and affection.

Even though Becky was friendly with the young cow, other neighbors in the area weren’t so kind. Some even threatened to kill Bonnie if she wandered onto their property.

So, Becky decided to reach out to a non-profit rescue dedicated to caring for abused or abandoned farm animals. Farm Sanctuary in Watkins Glen, NY responded to Becky’s call for help and sent a rescue crew out for Bonnie.

After several attempts and help from Becky, Bonnie was finally caught and transported to the Farm Sanctuary. Bonnie had spent eight months living in the wild with deer! Since moving to the Farm Sanctuary, Bonnie has adjusted to her new life and is loving all the care and attention she is getting. Most importantly, she will never have to worry about being sent to slaughter ever again. 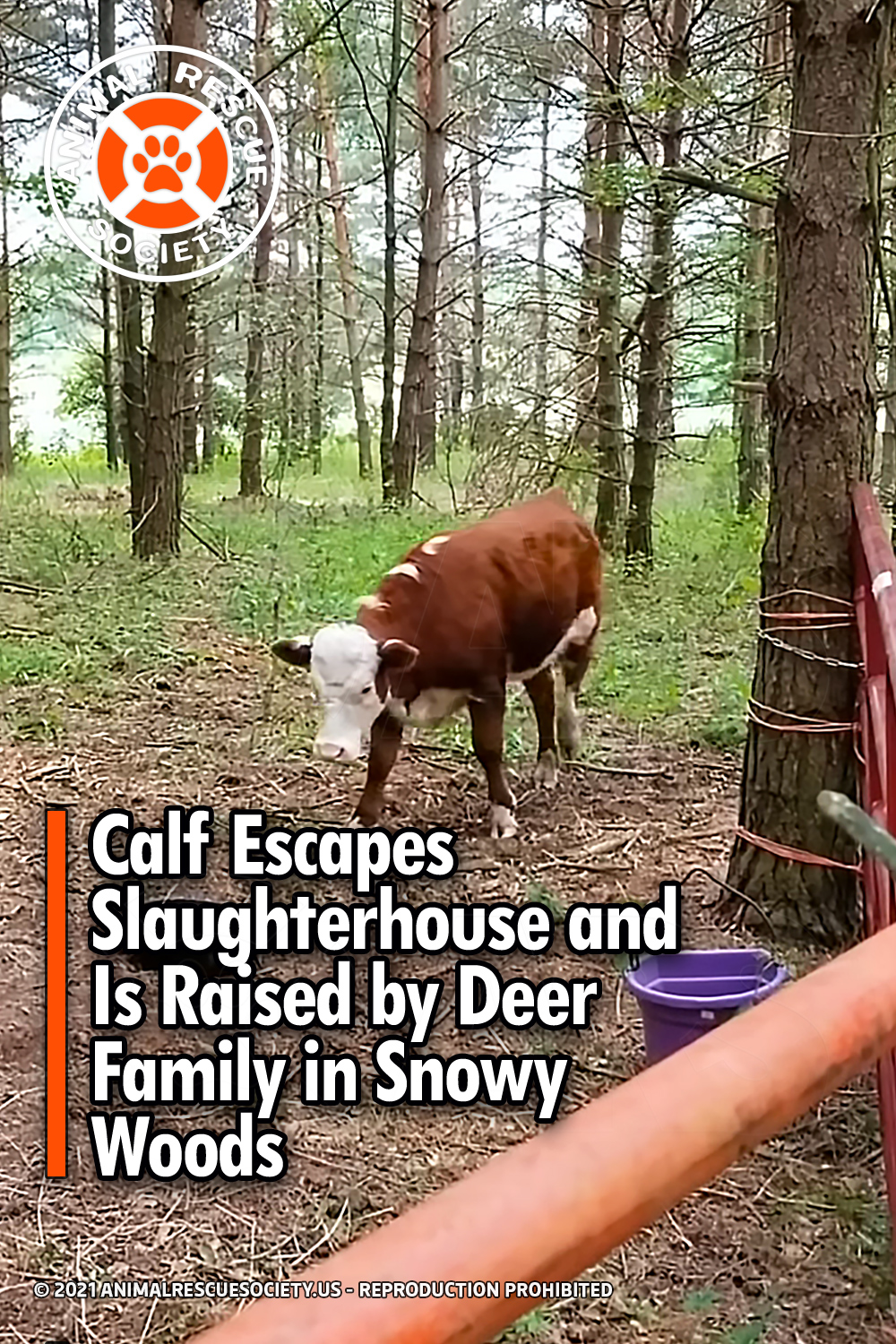