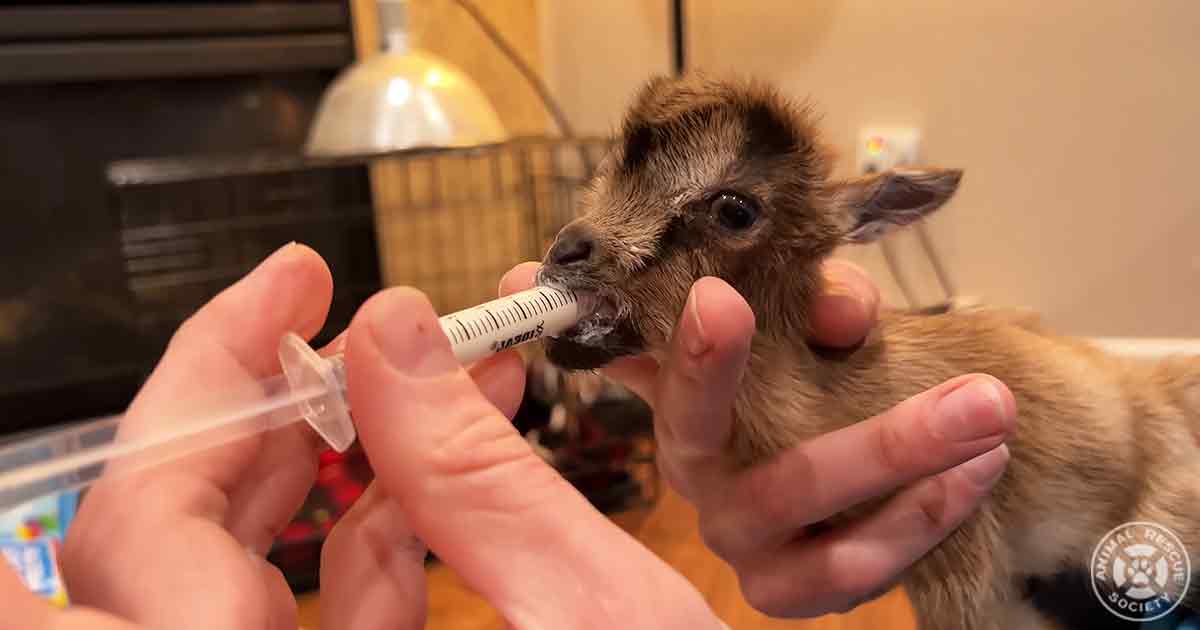 Most of the time at Woodside Goat Farm, raising the baby goats was an easy, systematic process, but when the pregnant goat, Daisy, had her first baby, the entire team had to pull together to help the first baby goat survive.

When Daisy had her first baby, the aptly named Littlefoot, the tiny goat weighed only 14.4 ounces. The caretaking team worried that the goat kid would be too small to survive.

But they were determined to give this baby goat the best chance of survival that they could. But doing so would take round-the-clock care and vigilance from the team. “Our margin for error is pretty small,” said one caretaker.

After Littlefoot’s larger younger brothers arrived, the caregivers brought Littlefoot inside to help him dry off and stay warm. In order for the baby to process the vital nutrients of his mom’s milk, he needed his core temperature to stay at 101.5 degrees Fahrenheit.

When they brought Littlefoot back out into the pen with his mom, the team encountered another problem. Littlefoot was willing to latch on to his mom to drink milk, but he was too small to drink from his mom.

So, one caregiver decided to bring the mini baby goat inside and feed him once every two hours via a miniature syringe. Thanks to his efforts, Littlefoot started to grow and get stronger.

It took every member of the team, but thanks to their efforts and the tiny goat’s strong will to live, Littlefoot went from barely surviving to thriving. “It makes me happy to see him happy and healthy,” said one of the caregivers. 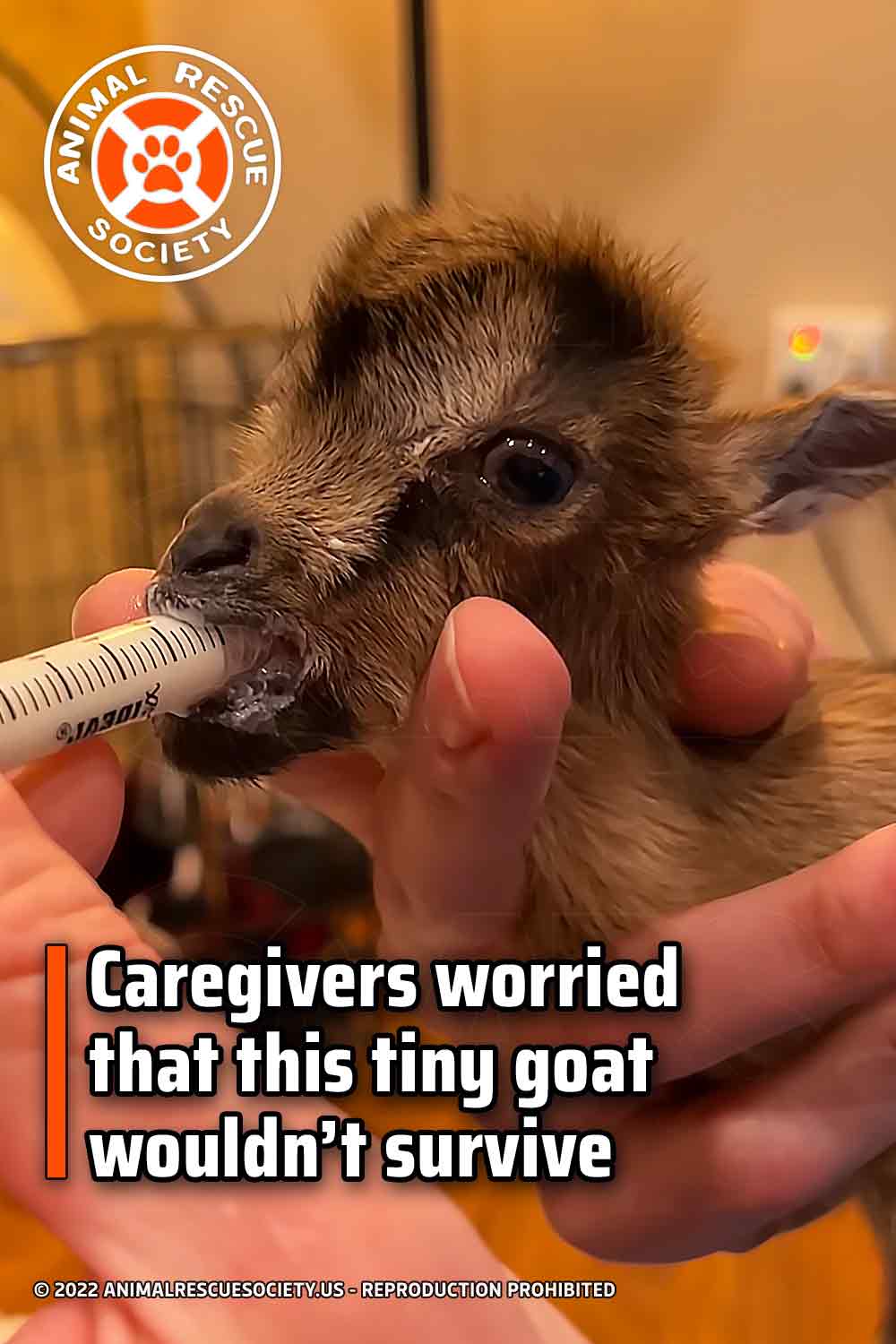