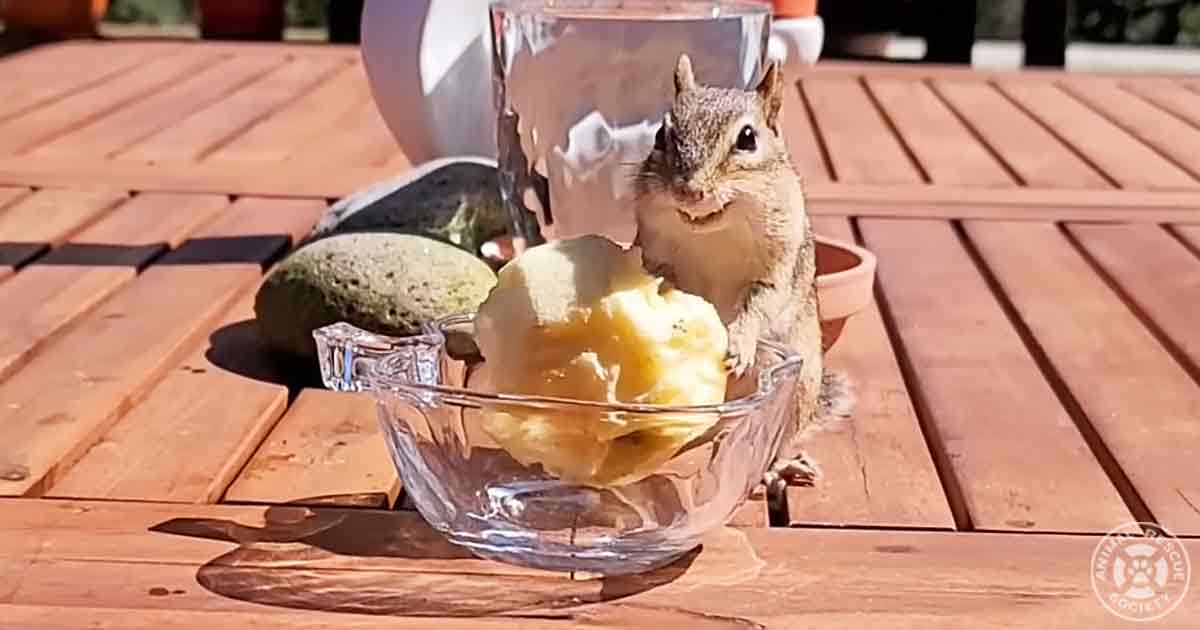 ChooChoo lives by the forest with many chipmunk friends, and her oldest pal is a 5-year-old chipmunk named Jenny. She always leaves food out for them when they come to visit her.

Jenny doesn’t pass by often, so ChooChoo offered her a bowl of fruits and sunflower seeds. A 1-year-old chipmunk named Terry happened to be there as well, eating from his own bowl of seeds.

It was a beautiful sunny and windy day, with the singing of birds cascading through the wilderness. Jenny and Terry ate to their heart’s content, and both their cheeks were full of food.

Another chipmunk, Wally, comes by quickly and pushes Jenny out of her place. Terry’s cheeks are bursting, but he continues to try and stuff them with more food.

Jenny is offered mealworms which she picks out from the fruit bowl. Then she drinks from a tall glass of water that she must stand on her hind legs to reach.

ChooChoo was actually worried that Jenny would be timid due to her age, but she was utterly wrong. Jenny displayed a lot of energy and hunger whenever she showed up.

When Jenny came to eat a strawberry, she ate it so fast she choked a bit. She assured ChooChoo that she was still powerful and spry. 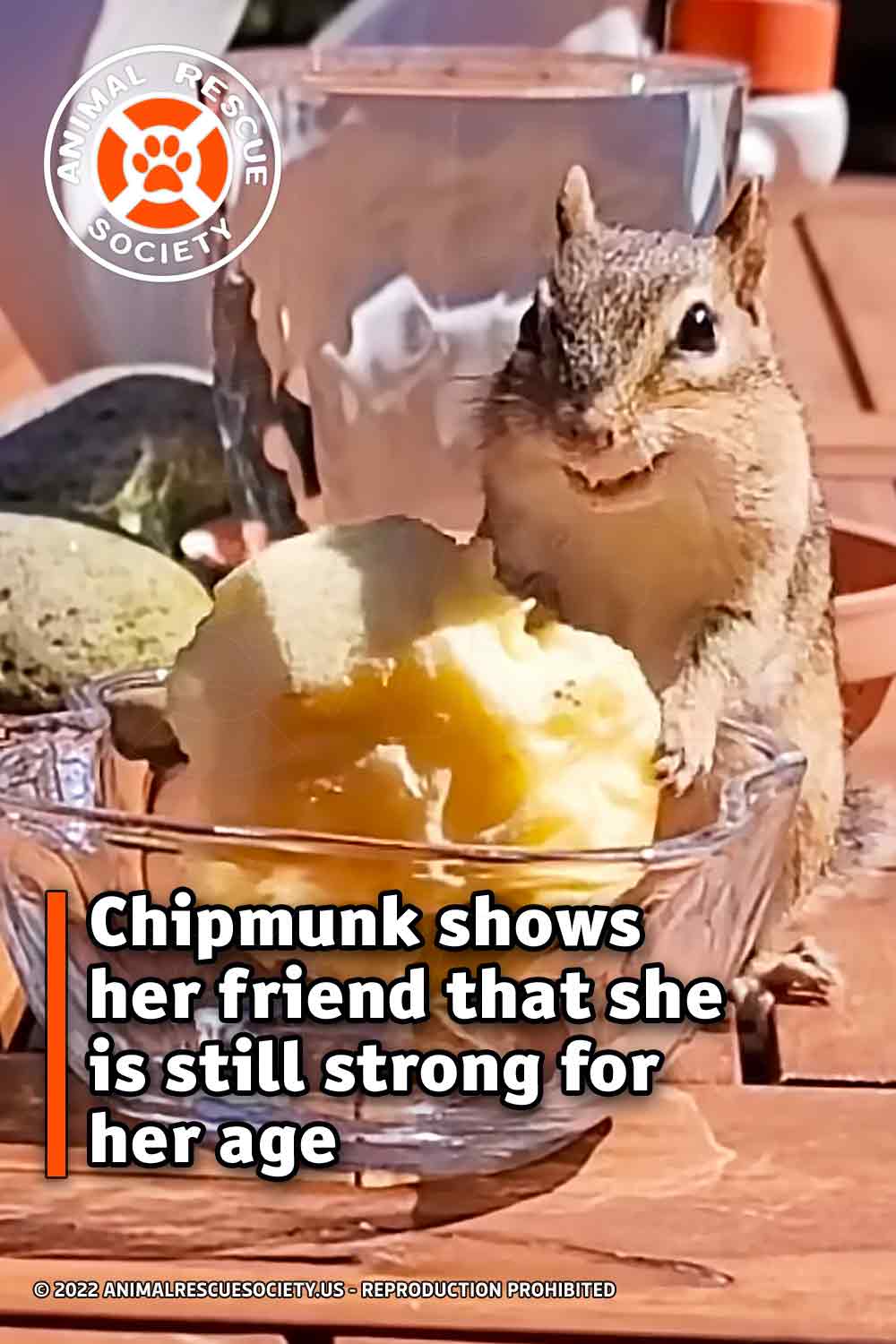