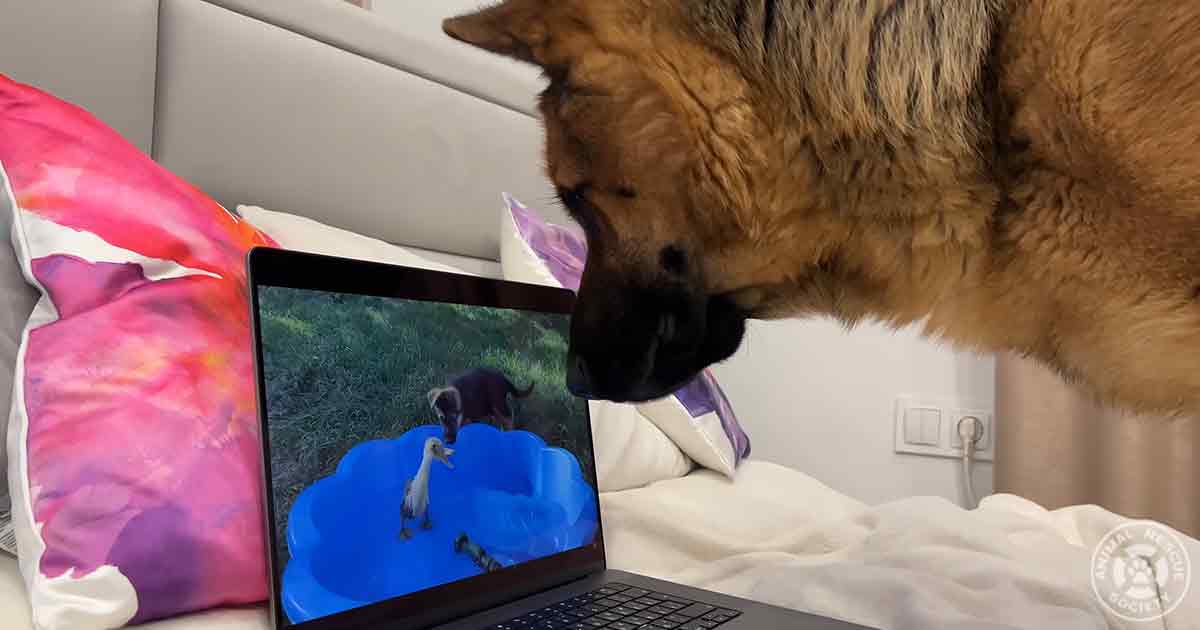 If you have been on YouTube, you are probably already familiar with reaction videos, but this video took this concept to a new level by having the German Shepherd, Rocky, react to his videos.

First, Rocky revisited a video of him encountering Golden Retriever puppies for the first time. While some dogs might have ignored the film, Rocky showed his impeccable focus and curiosity.

As soon as the puppies came into the shot, he started sniffing the screen, and when some of the little ones wandered out of the shot, Rocky went looking for them behind the laptop.

Rocky was as enamored by these puppies as he was when he first met them. The only difference was that now he could not smell his adorable, fluffy Golden Retriever friends.

One fascinating detail of Rocky’s reaction video was that he did not seem interested in himself. Instead, he was interested in the other creatures in the video. This trend proved true when the video swapped to one of him encountering a duck as a baby.

Rocky’s parents did their best not to laugh and distract their focused German Shepherd, but neither of them could hold it in when Rocky’s mom spoke in the video, and the clever German Shepherd swung his head toward his mom.

Even if you are not a fan of most reaction videos, this one will have you smiling. Rocky’s cleverness and his confused head tilts are sure to have even the most curmudgeonly grinning from ear to ear. 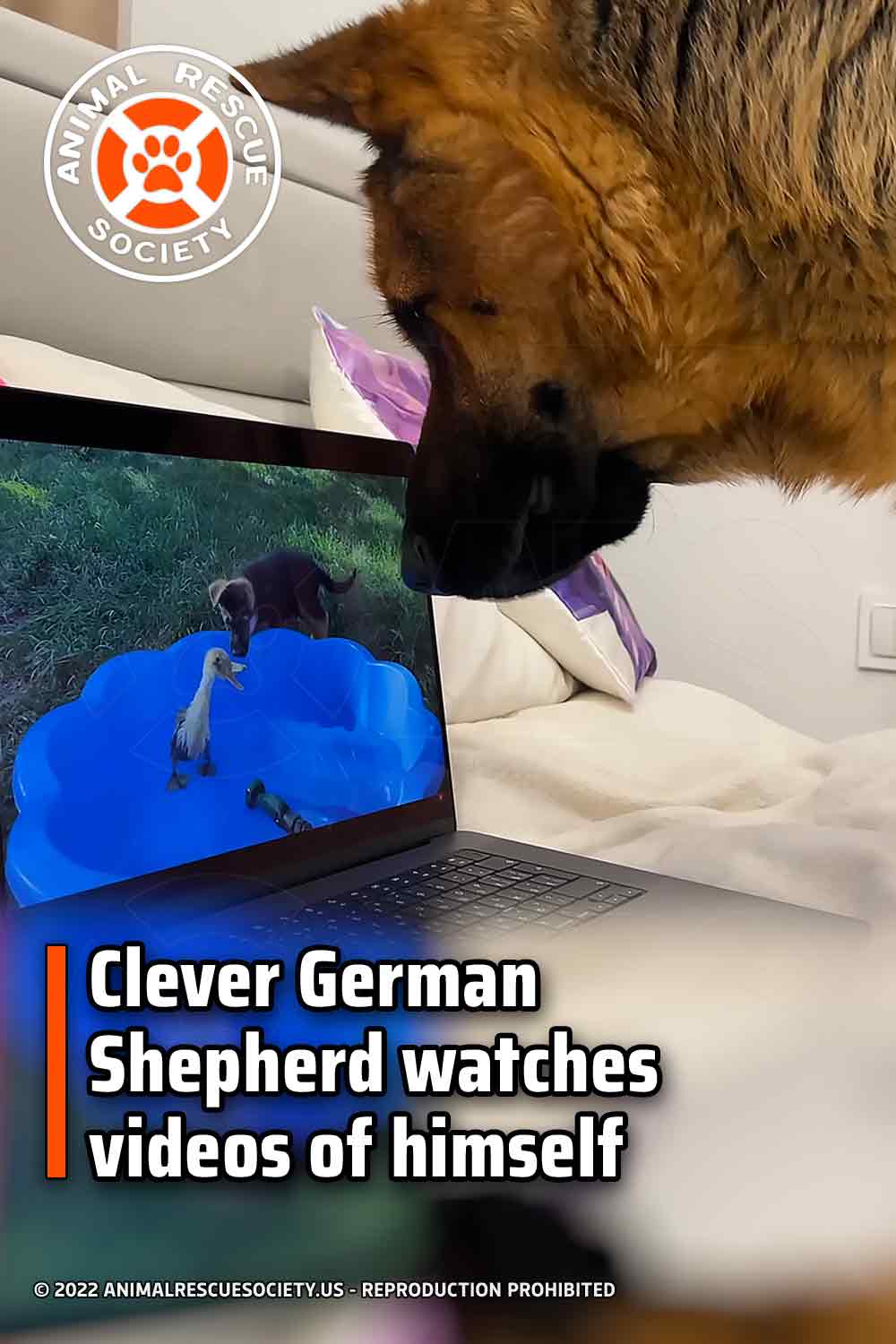