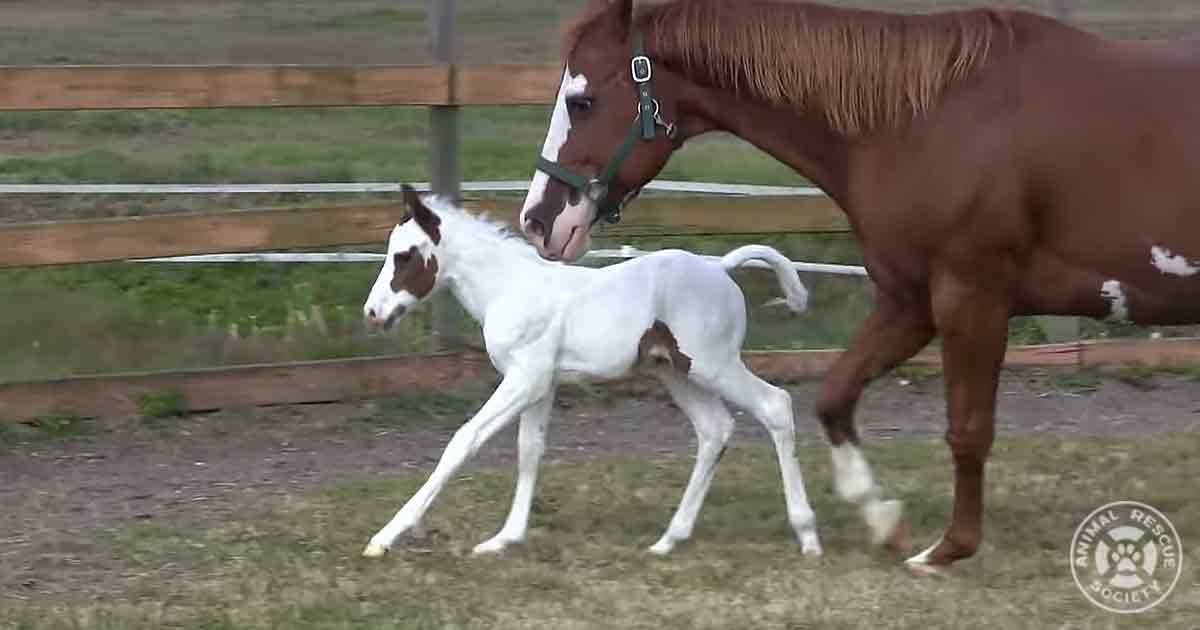 Scott and Jackie Nelson have a long history of raising award-winning paint horses, so they thought they had seen it all. But when their filly Coconut arrived, they were excited and astonished. 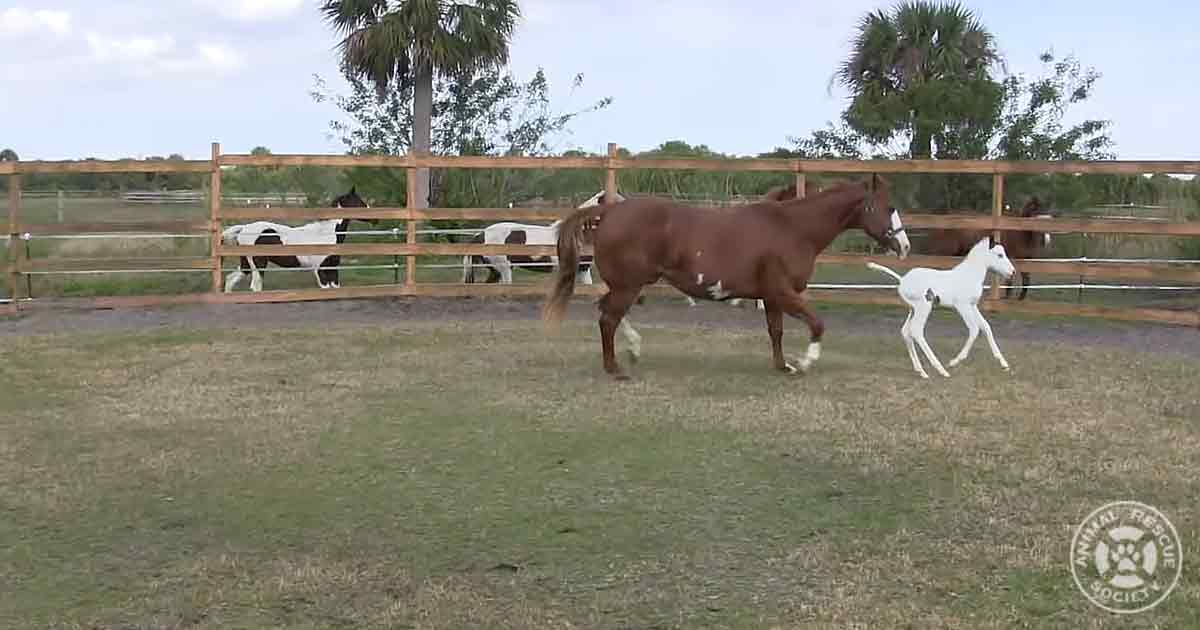 Unlike her mom, who was brown fur, Coconut had a rare color pattern called tovero, which is mostly white. Some Native American cultures assigned special significance to horses with this color pattern.

But the most important feature of Coconut is her “medicine hat” or “sky bonnet,” the brown coloration on her ears and head. This would have marked Coconut as a warhorse. 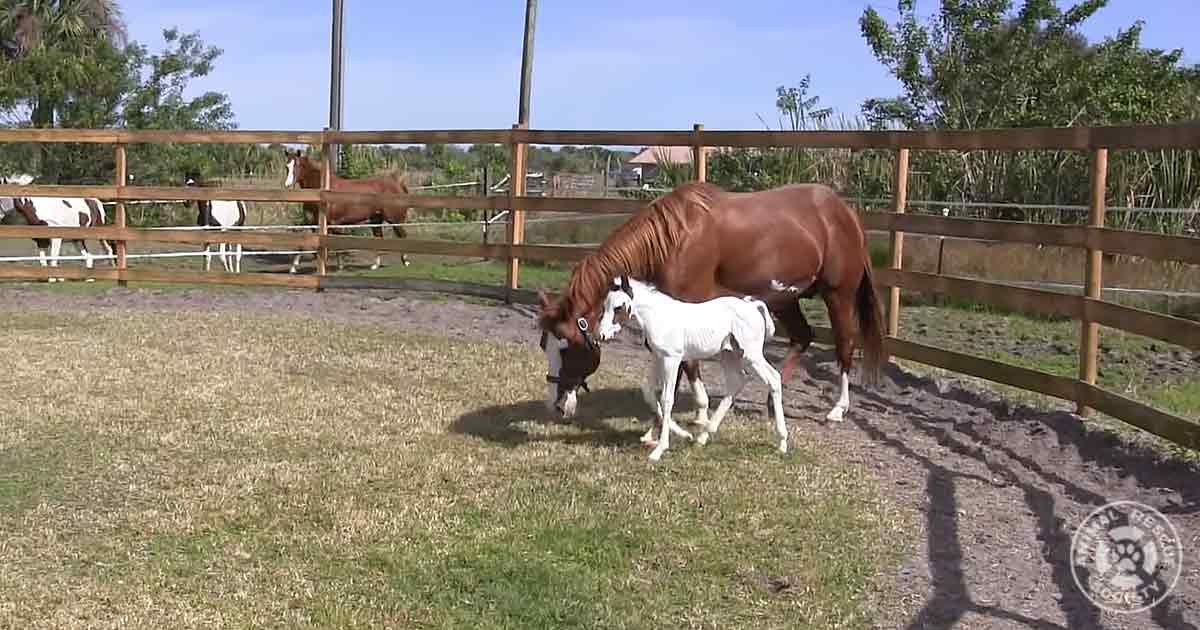 One other detail these Tribal cultures would have been on the lookout for would have been the horse’s eyes. According to some traditions, warhorses were more valuable if they had a “sky eye.”

A sky eye, or blue eye, would help the medicine man transition to the afterlife if he fell on the battlefield. And, of course, Coconut has gorgeous blue eyes. 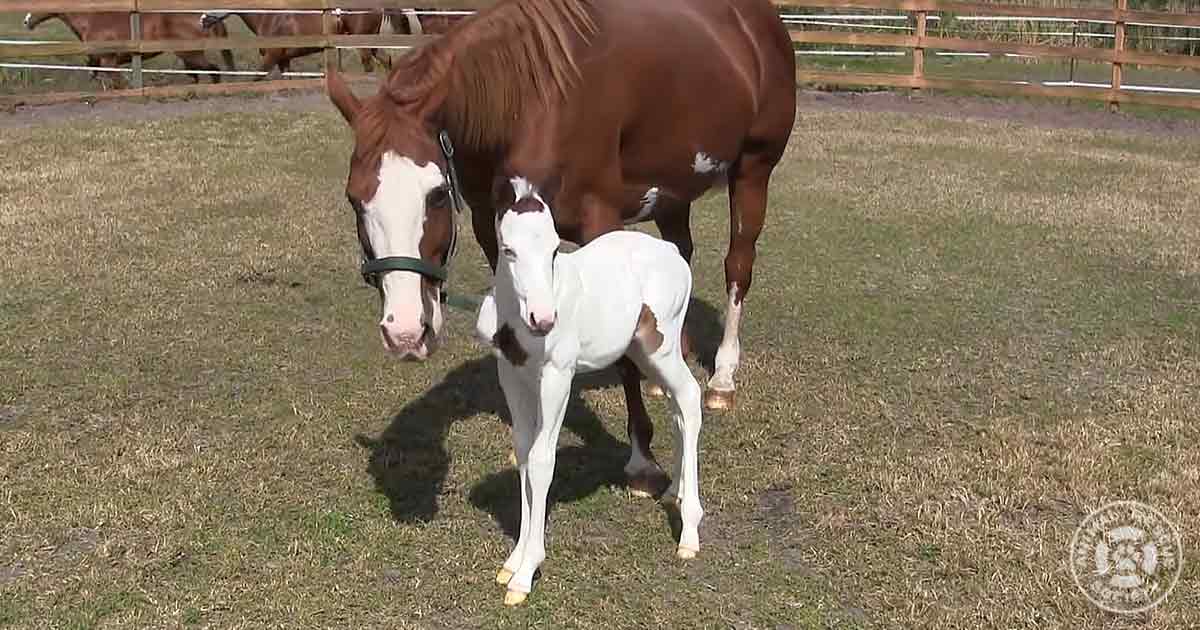 Some Tribes valued these horses so much that they would break into another Tribe to steal their warhorses. They believed that stealing the horses would weaken the opposing Tribe and that they would receive the warhorses’ protections instead.

So you can imagine how enthusiastic Jackie and Scott Nelson were when they recognized their filly’s pattern. Take a look at this short video to see this stunning horse taking her first run in the yard. 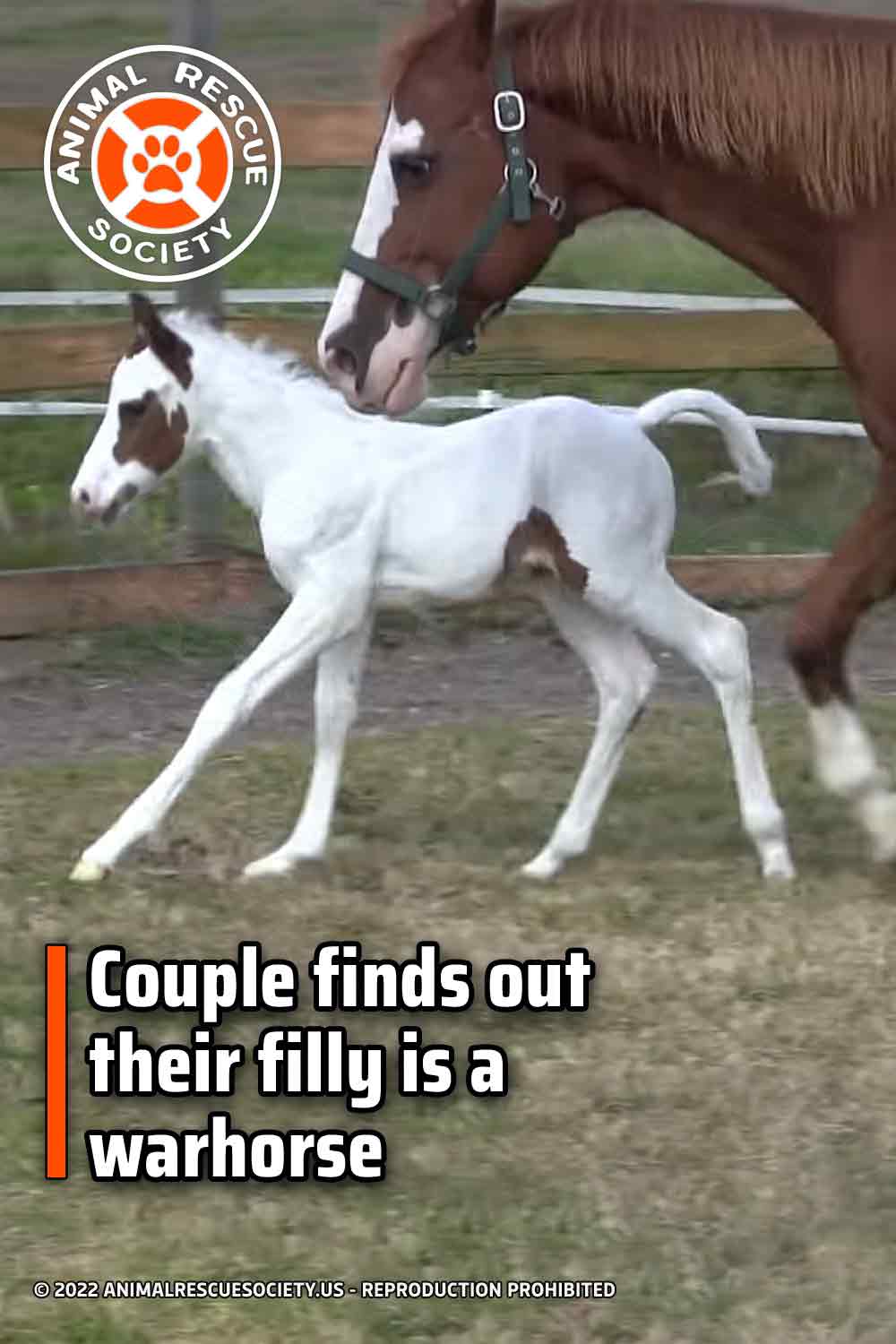