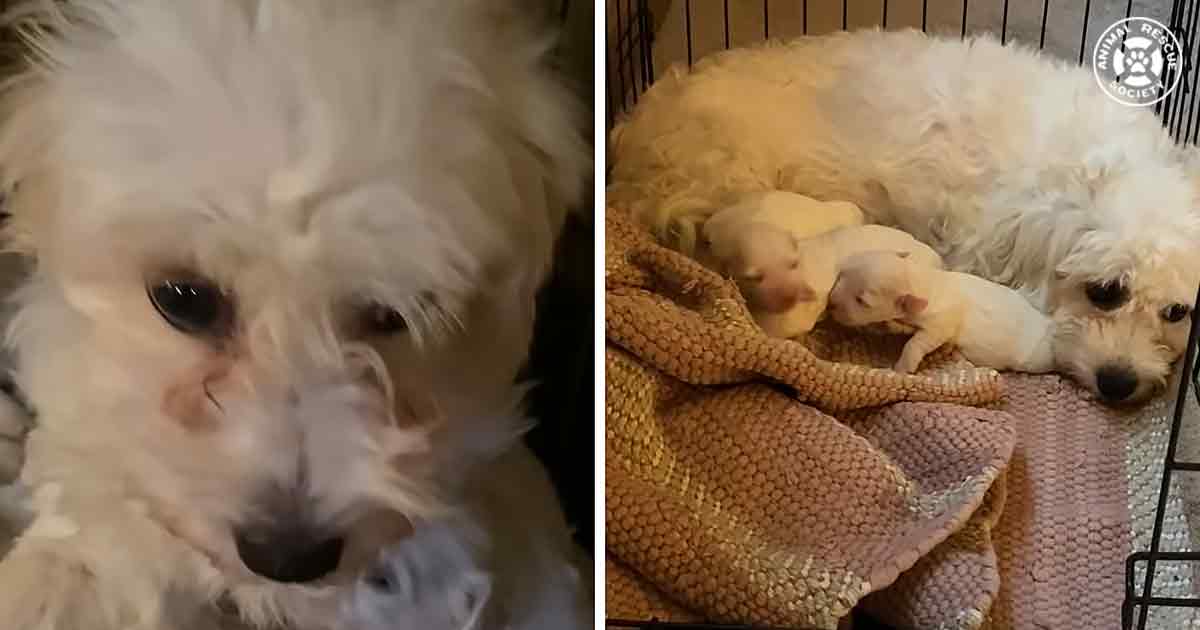 Maggie and Adam had been on the foster dog parent list for four months before they finally got their chance with a pregnant dog. When they wrote back to the shelter, they found out that the mama dog had already had her babies, so they fostered the whole family.

To prepare for their new arrivals, Maggie read as much as she could about dog pregnancies and puppies. But when the mama dog and her babies arrived, Maggie realized something was not quite right.

The mama, who Maggie and Adam named Noodles, did not seem to respond to her or Adam’s attention. “It took us maybe two days, maybe a little less, before I was like, ‘Adam I think that dog is totally deaf,’” said Maggie.

Adam and Maggie realized Noodles needed a little extra help as a mom, since she had no way of knowing if her puppies were struggling to eat or if she was on top of one of them. So, Adam and Maggie set up several cameras to monitor the mom and her pups.

Adam and Maggie did everything they could to help Noodles know she was safe with them. “We weren’t even sure if she’d ever had human love, and it didn’t seem like she did,” said Maggie.

Eventually, Noodles opened up to Maggie and Adam, and the three of them formed a unified team to raise the puppies until the emotional adoption day came. But there were two animals who would not be leaving the household.

Maggie and Adam adopted one of the little pups named Willie, and Adam’s mom adopted Noodles. “It’s really strange how, you know, we went into this with one plan and came out of the other side of it with nothing going as we had expected it to,” said Adam, “but it just worked out perfect.” 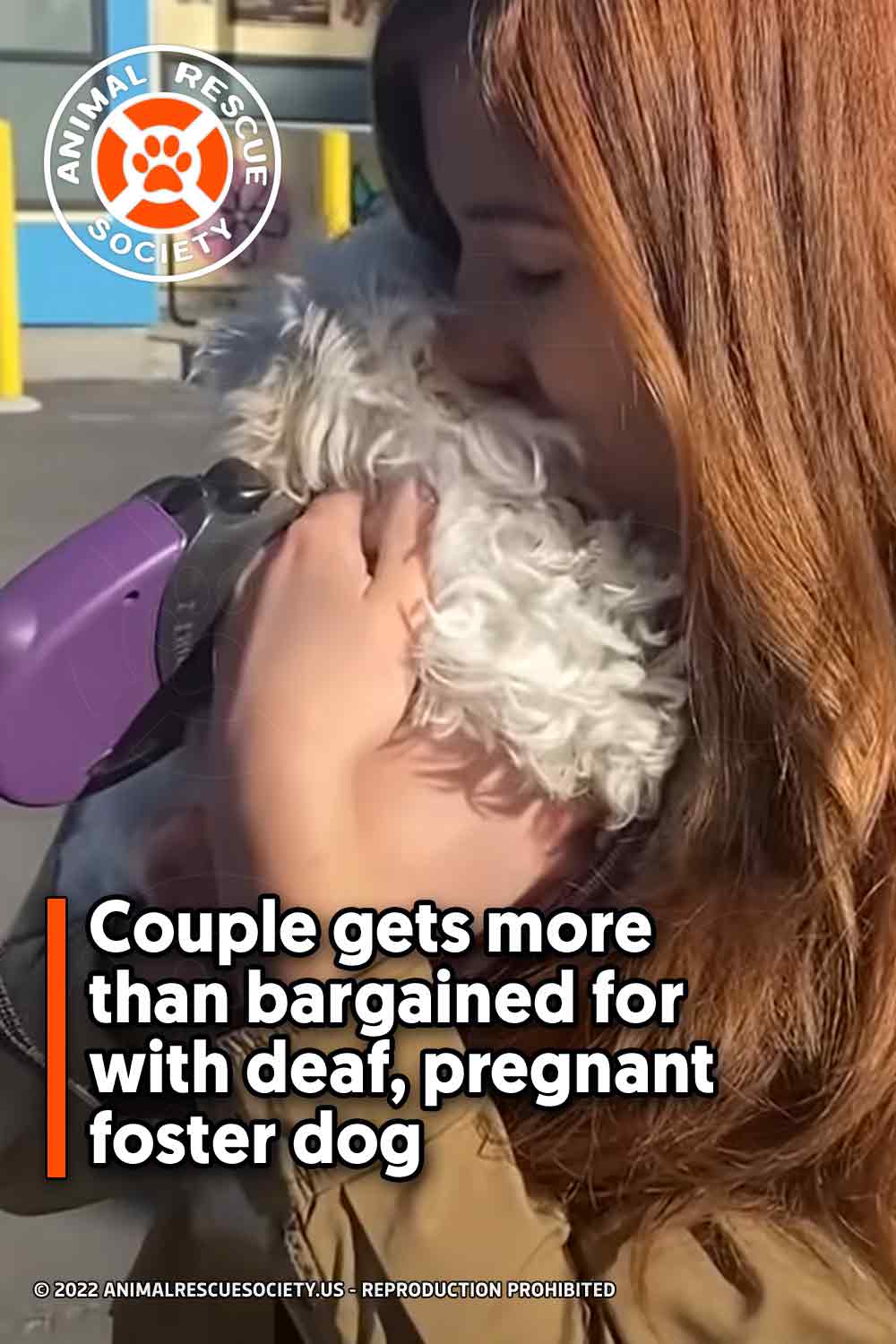