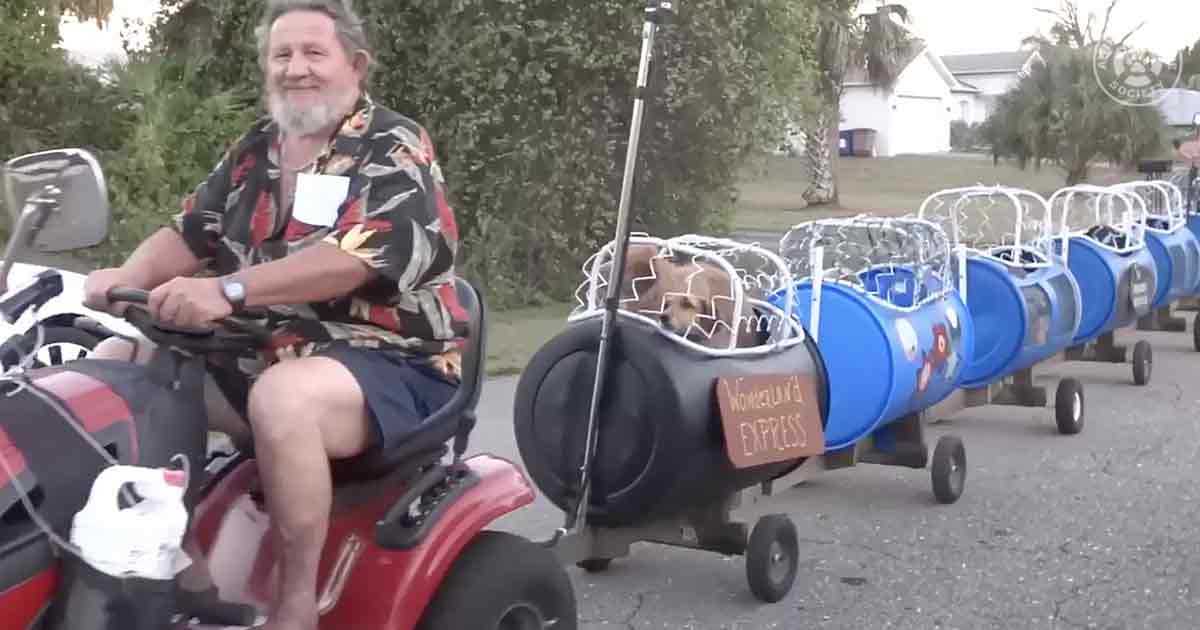 For many fur babies, going on adventures outside the house is a welcome treat, one that Alice Johnston and her husband, Paul, wanted to give to their household of rescues. There was just one problem: they had too many dogs. 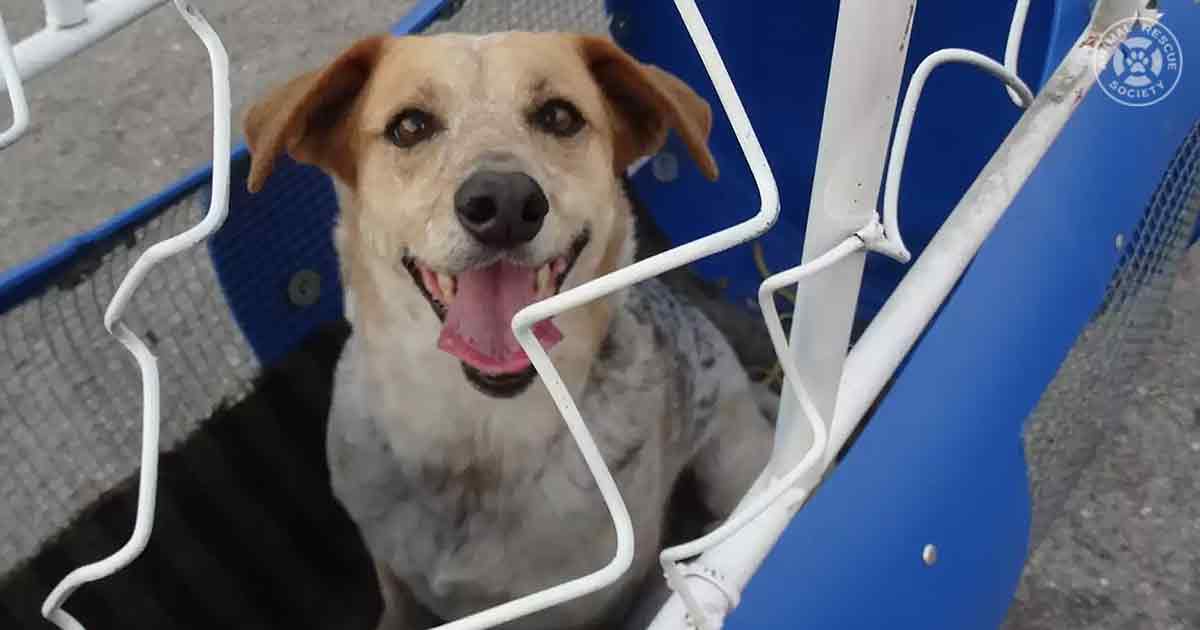 With so many dogs, the couple had to come up with a creative solution for taking their dogs on the go. “Of course we couldn’t walk them all or put them in the car to take them for a ride,” said Alice.

Instead, Paul designed a train for his pups to let him take their pups on a tour around the community. This way, none of their rescue dogs had to be left behind. 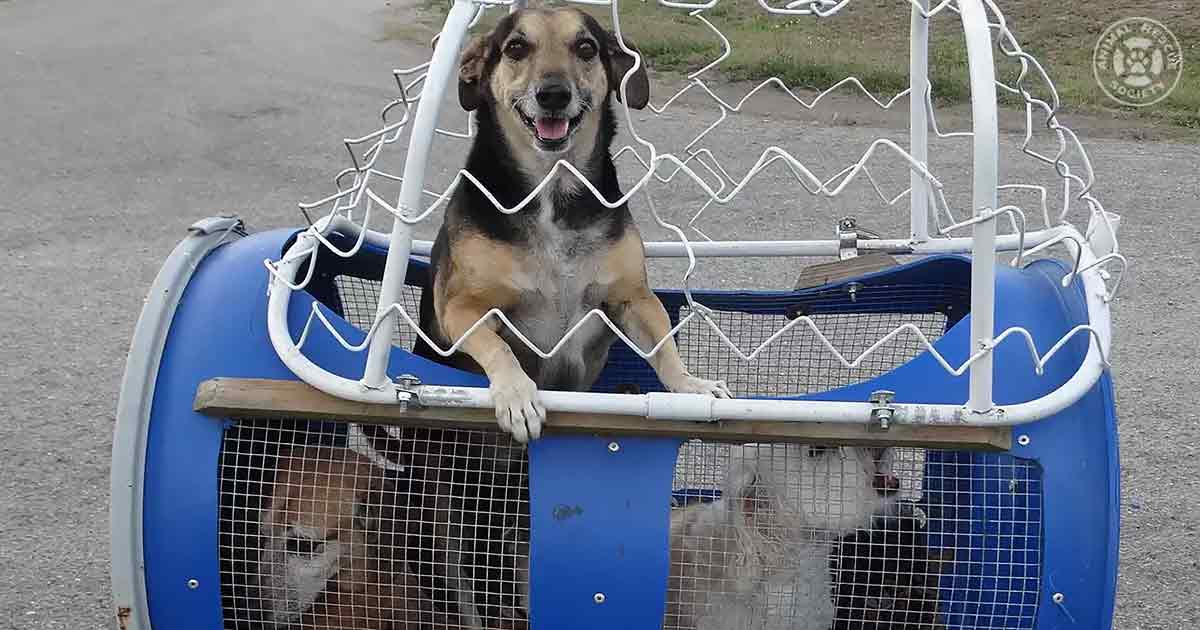 The weekly train rides were a family affair. “He pulls the train with a lawnmower,” said Alice, “and I ride a little scooter behind him to keep an eye on things, to make sure they’re safe.” 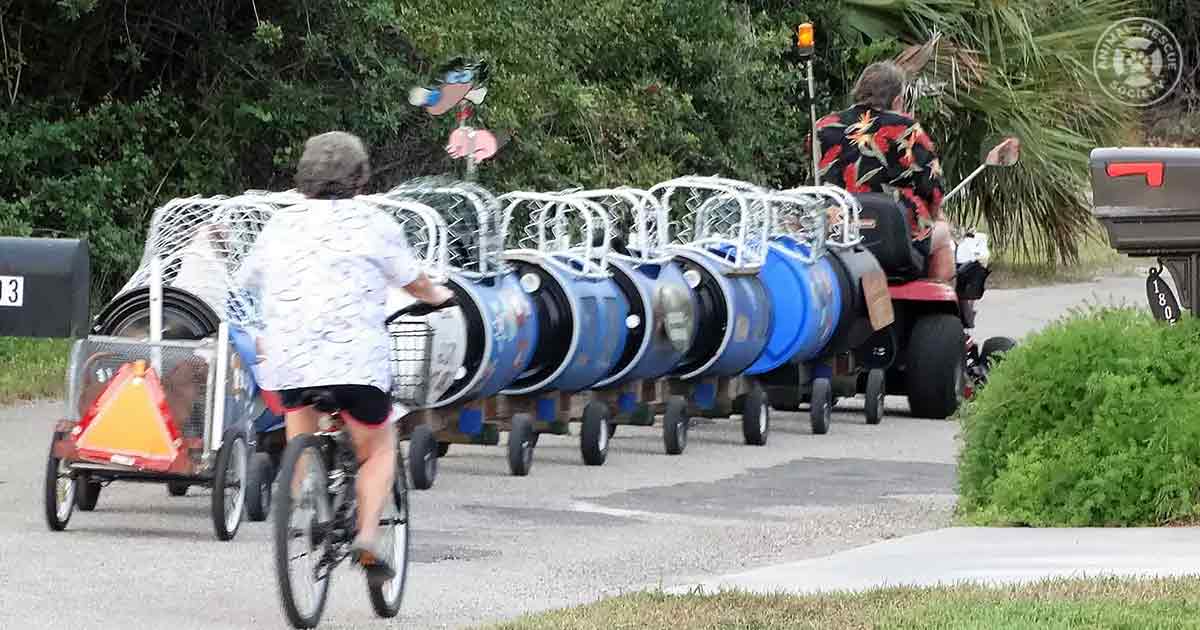 Alice and Paul Johnston decided to name this pup train the Wonderland Express. Alice said the inspiration for their dog train came from a Texan man named Eugene Bostick, who did the same thing for his rescue dogs.

For many people in the community, this weekly parade was the highlight of their weeks. And the best part was the pups loved it, too. “The dogs get so excited. They just love it. They absolutely love it,” said Alice.

For Alice and Paul, drawing attention to their Wonderland Express was never the goal of their venture. For them, it was all about the happiness of their pups. “It really gives us satisfaction knowing we’re giving our dogs a good life,” said Alice. 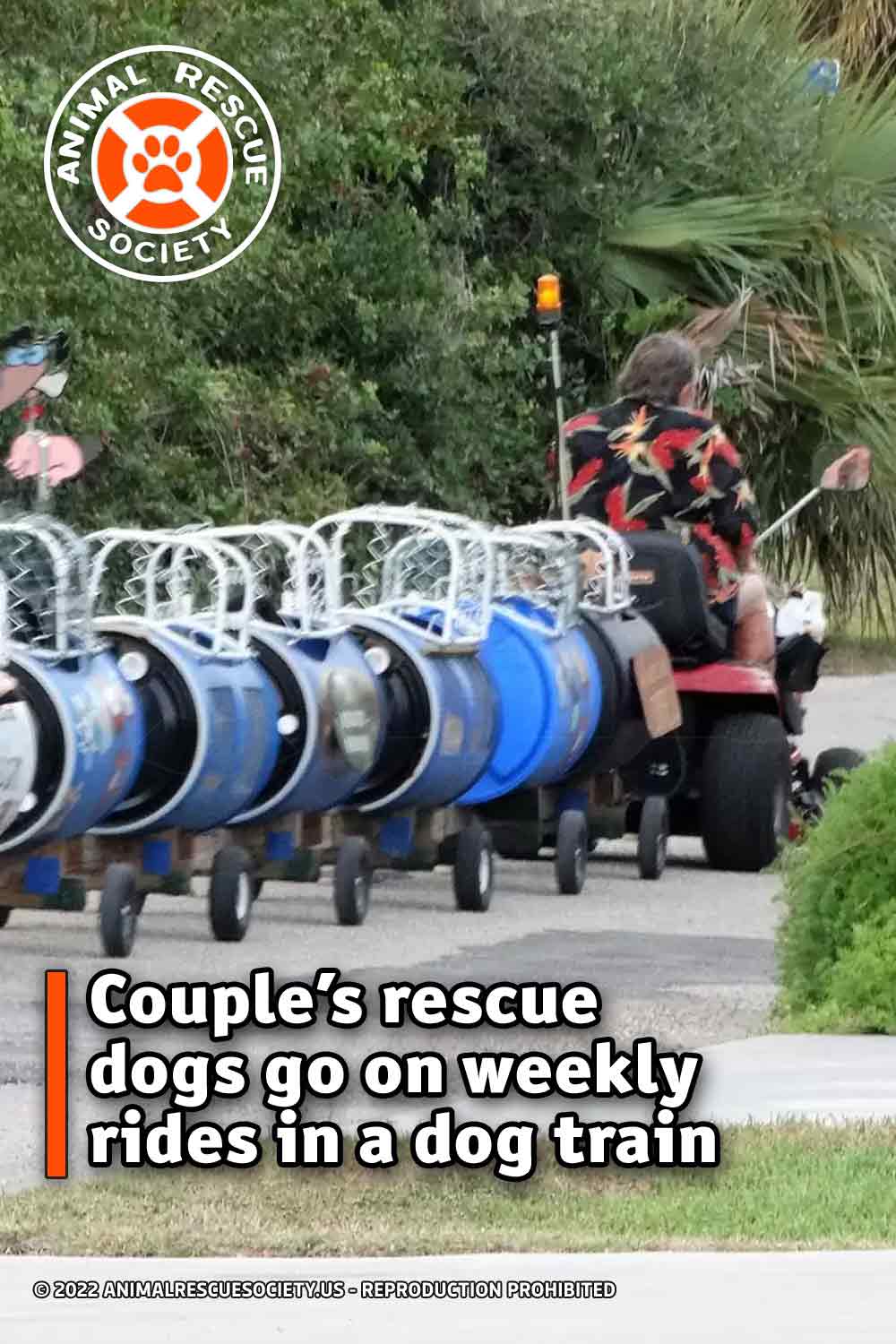