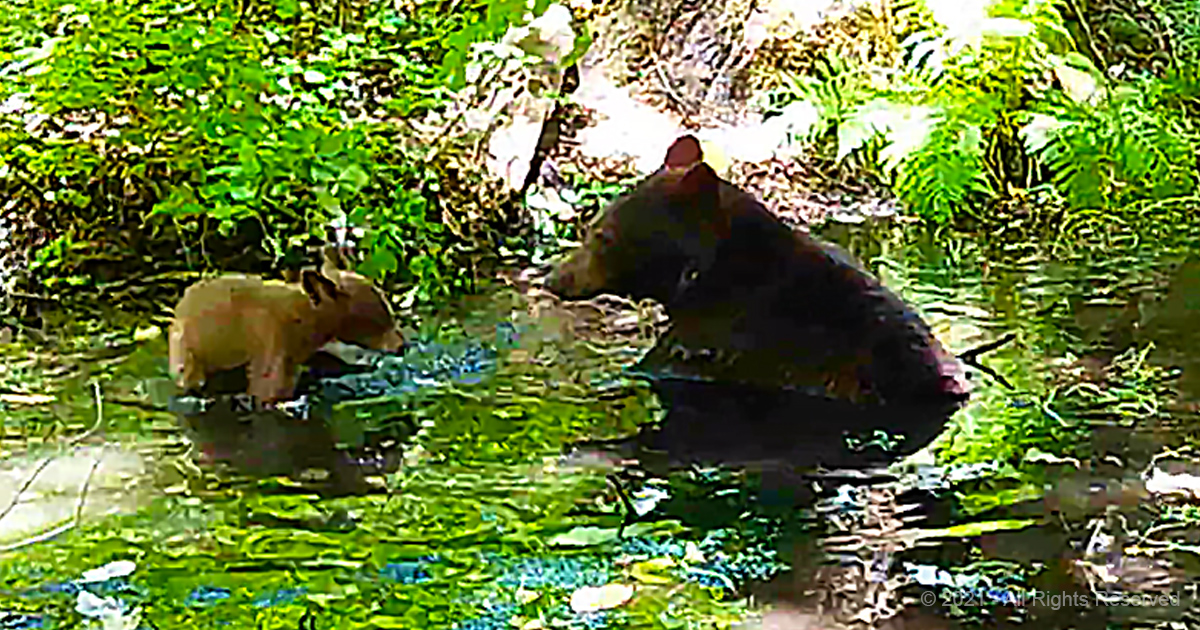 Mama bears are among the most ferocious mom’s on the planet. It is heartwarming to see this mama playing with her little bear cubs. They have found a nice little spring to splash around in and beat the heat, and the cubs are down for a good time.

Mama bear is standing peacefully, neck deep in the cool water, when her rambunctious baby comes rushing into the water. He playfully stands up on his hind legs and splashes around with his paws. Mama doesn’t feel like getting sprayed with water in her face, so she swats at him with her enormous paw.

She turns her back on the little guys, and he scampers up the hill towards the tree. Suddenly, there are two cubs! Who knew there was a sibling hiding behind those trees. That one is clearly the second-born child because it comes flying down the hill like a wild child and launches itself at the other cub.

The first cub shoves the second one-off, and walks nicely into the stream, as if saying, “Look, let’s just swim.” The wild one is like, “Geronimo!” It tries again to jump on top of its sibling. This time the calmer one has had enough and gets a little more aggressive with its unruly brother or sister. Mama bear has had enough of their antics and waddles out of the spring. Suddenly, both cubs look around like, “Uh, oh. Now we did it.” It is hilarious how consistent parenting is across different species. 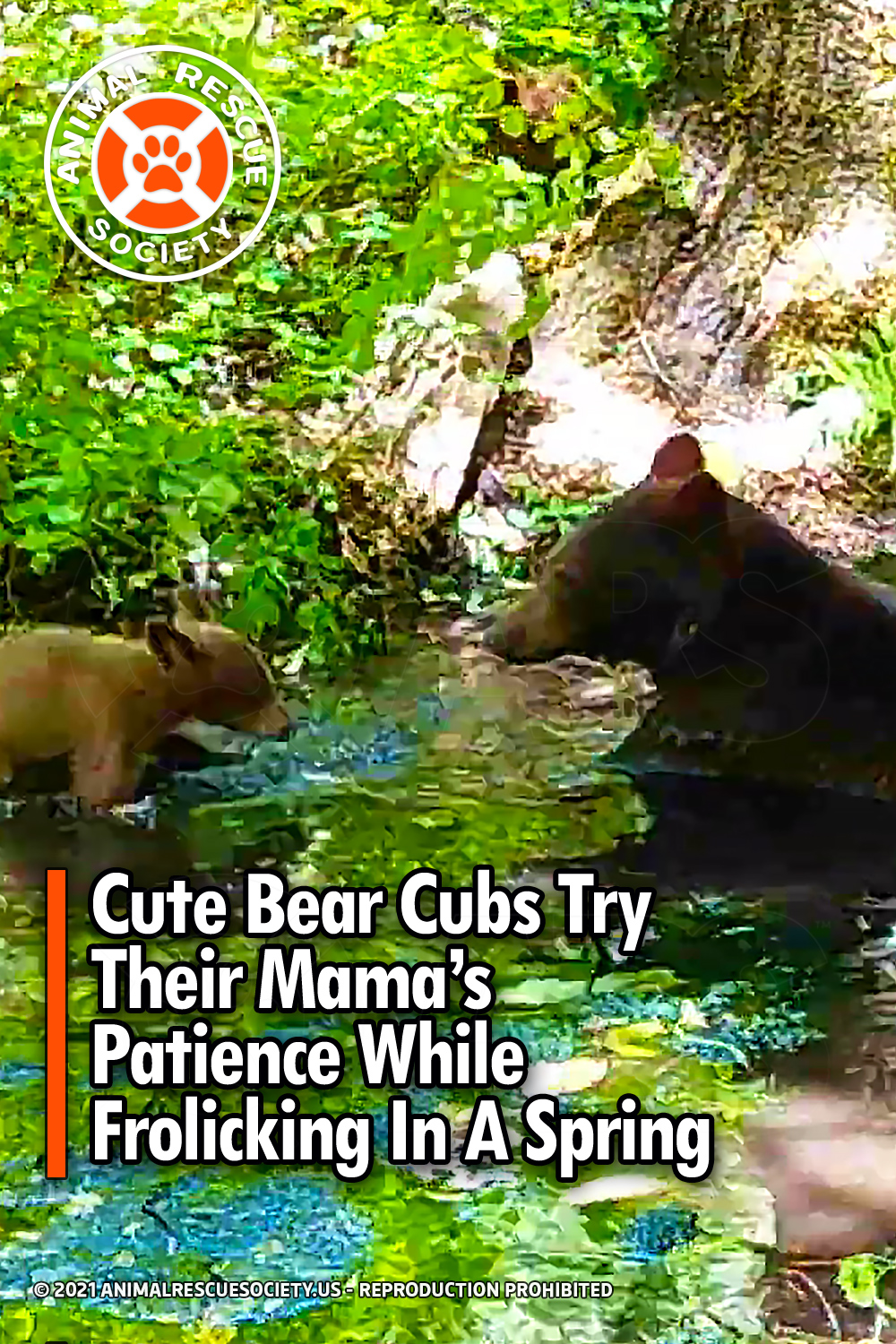