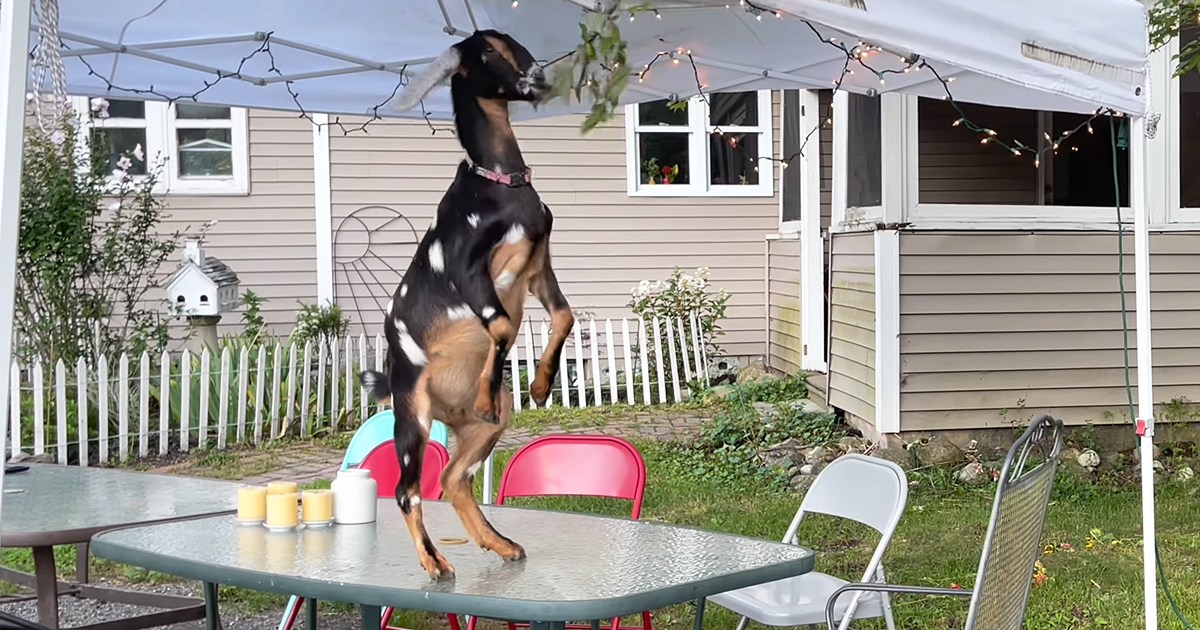 When the owners of Sunflower Farm went from having 60 goat kids to just four, they worried they would have too much time, but the four little ones have kept their hands full.

The four adorable goat kids that remained on the farm were Sweet Pea and Thistle, Mini Nubian goats, and Maizy and Taylor Hall, Nigerian Dwarf goats.

When you imagine goats on the farm, you probably envision the four-legged grazers loping about, bleating and munching on sweet grass. What you likely didn’t imagine was that they would be dancing.

But at Sunflower Farm, that was what the four baby goats did. For them, everything was a toy, including the glass table, outdoor fireplace, and even the stray weeds.

And the four goats were not the only babies that liked to get into mischief. Two little kittens named Phil and Roger were also part of the troupe of troublemakers.

There was a lot to explore on the farm for the two adorable and curious felines. One little one even got into a sparring match with a particularly fascinating sunflower stem.

While the animals made extra work for the owners, they also brought a whole lot of joy into their evening chores. This video is just a brief peek into the lovable antics they got into. 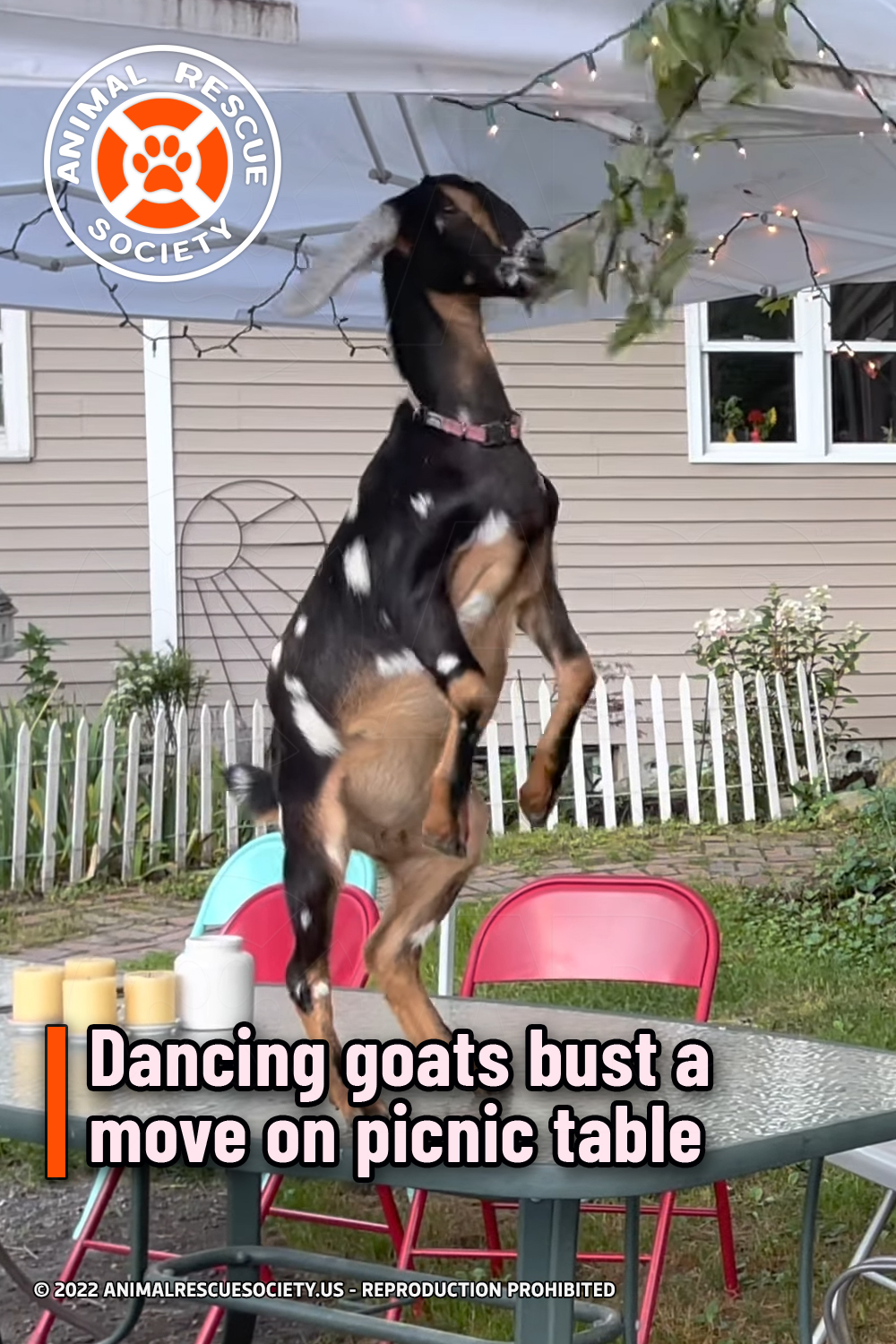