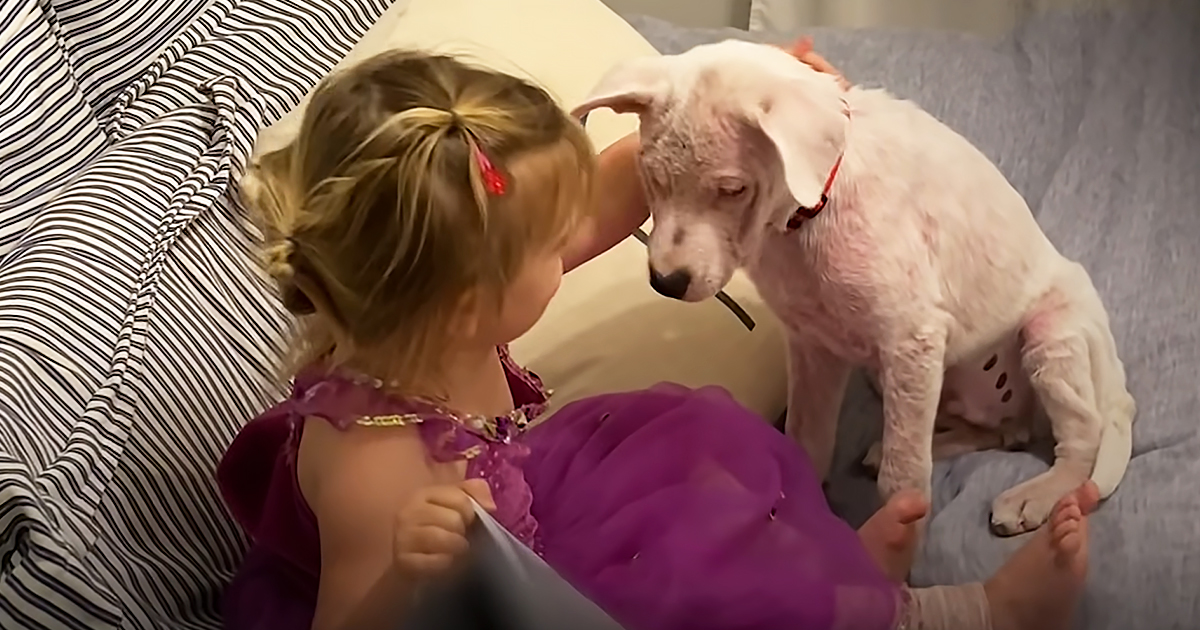 Thom is a veteran dog foster who takes in many types of cases. He does his best to find forever homes for his pups, many of them right in his own neighborhood.

When Thom came across Moz, he knew he needed to help him. The white puppy was scrawny and hairless. When the dog arrived at Thom’s home, he went right to sleep for over a day and a half. Thom believed the puppy was in shock.

Once the puppy woke up, Thom gave him a bath, and he began the work of helping the puppy thrive. However, Moz has another disability: he can’t hear.

Thom’s other foster dogs cared for Moz, snuggling with him as he slept. Thom would take the other dogs, who are much larger than Moz, for a walk, and he’d let Moz ride in a backpack.

This caught the eye of one of Thom’s neighbors, 2-year-old Lillian. Thom would stop by Lillian’s home to let her pet Moz and get to know him. Over a couple of weeks, the two began to warm up to each other.

When Thom had to go out of town for a trip, he asked Lillian’s family to care for Moz. That was all it took. Lillian and Moz fell in love. Thom calls Moz a “velcro dog,” who never left Lillian’s side. The two-year-old works on signaling to Moz what she needs him to do since he can’t hear her voice.

Once Moz received his final vaccination, Thom had the pleasure of walking him to Lillian’s home for the final time. Lillian and her family love Moz, and they believe the pup fits seamlessly in their family. 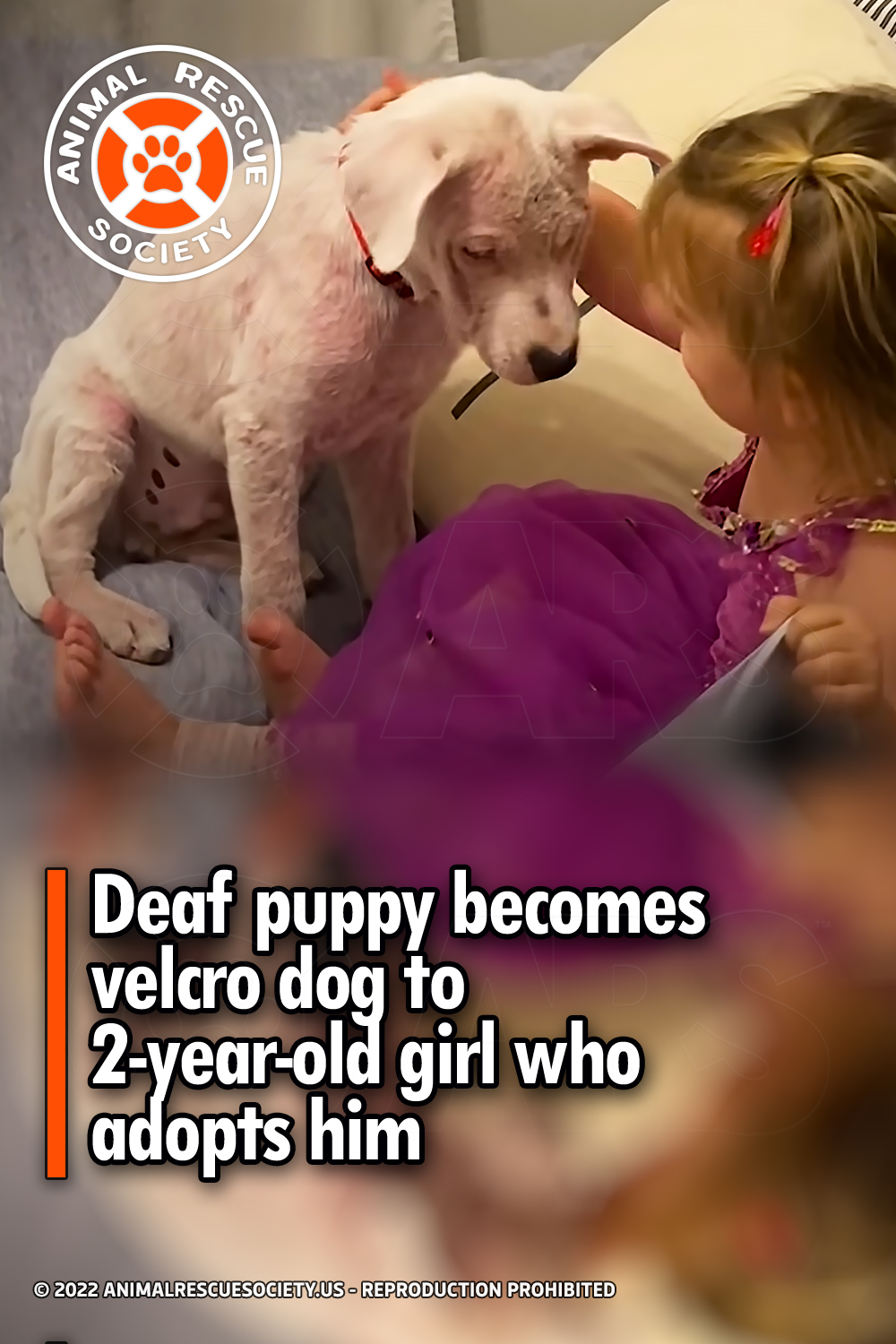