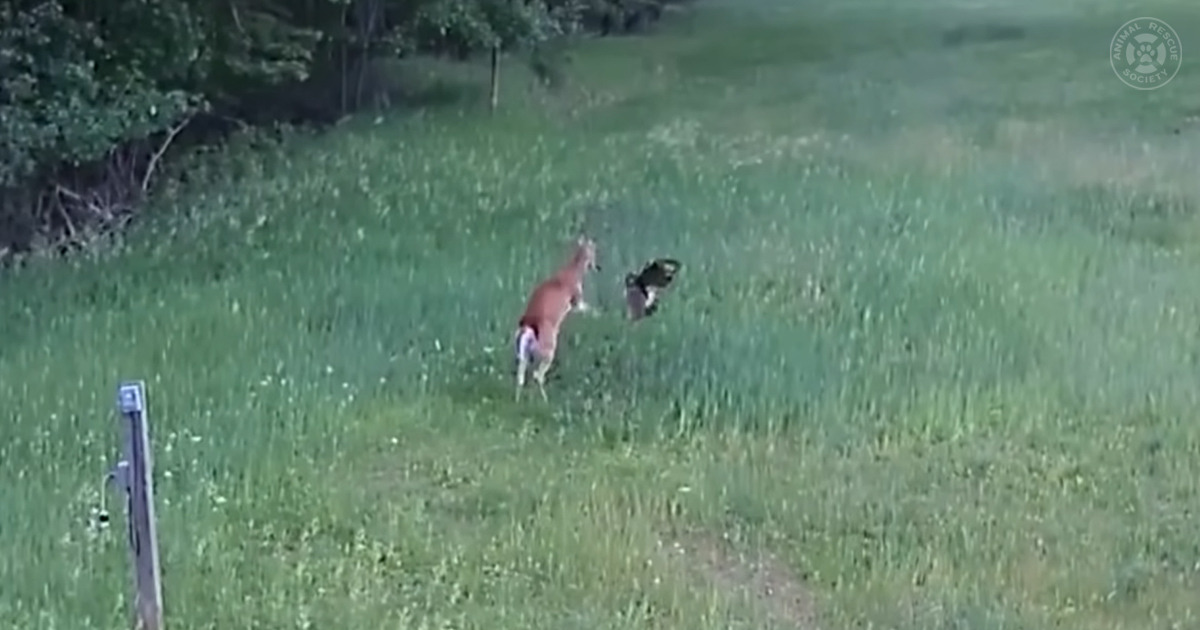 Kris Miller found the body of a red-tailed hawk and checked the CCTV footage to see what happened to it. What he saw was quite surprising, to say the least.

The scene happened in a grassy area between tall, thick trees. Kris was actually out there trimming trees when he spotted the hawk on the ground. It all took place in Nordic Mountain country park, Wisconsin, USA.

The footage showed nothing special in particular at first until a hawk swooped down into the grass. Then the sound of shrieking followed. A deer ran to where she heard the noise.

In a flash, the deer attacked the hawk with her hooves. From beneath the hawk, a rabbit was released from the bird’s gnarly talons. The deer was responding to a call for help.

It was incredibly fortunate that the deer was nearby to save the rabbit. With the tiny creature now safely away, the deer did not stop there. She continued her fight with the hawk.

Much smaller than the doe, the hawk didn’t really stand a chance. The doe’s hooves were powerful and swift. It didn’t take long for the hawk to be defeated.

Surprisingly another deer comes to curiously look at what’s going on. The doe scares away the deer and runs back to stand over the hawk. 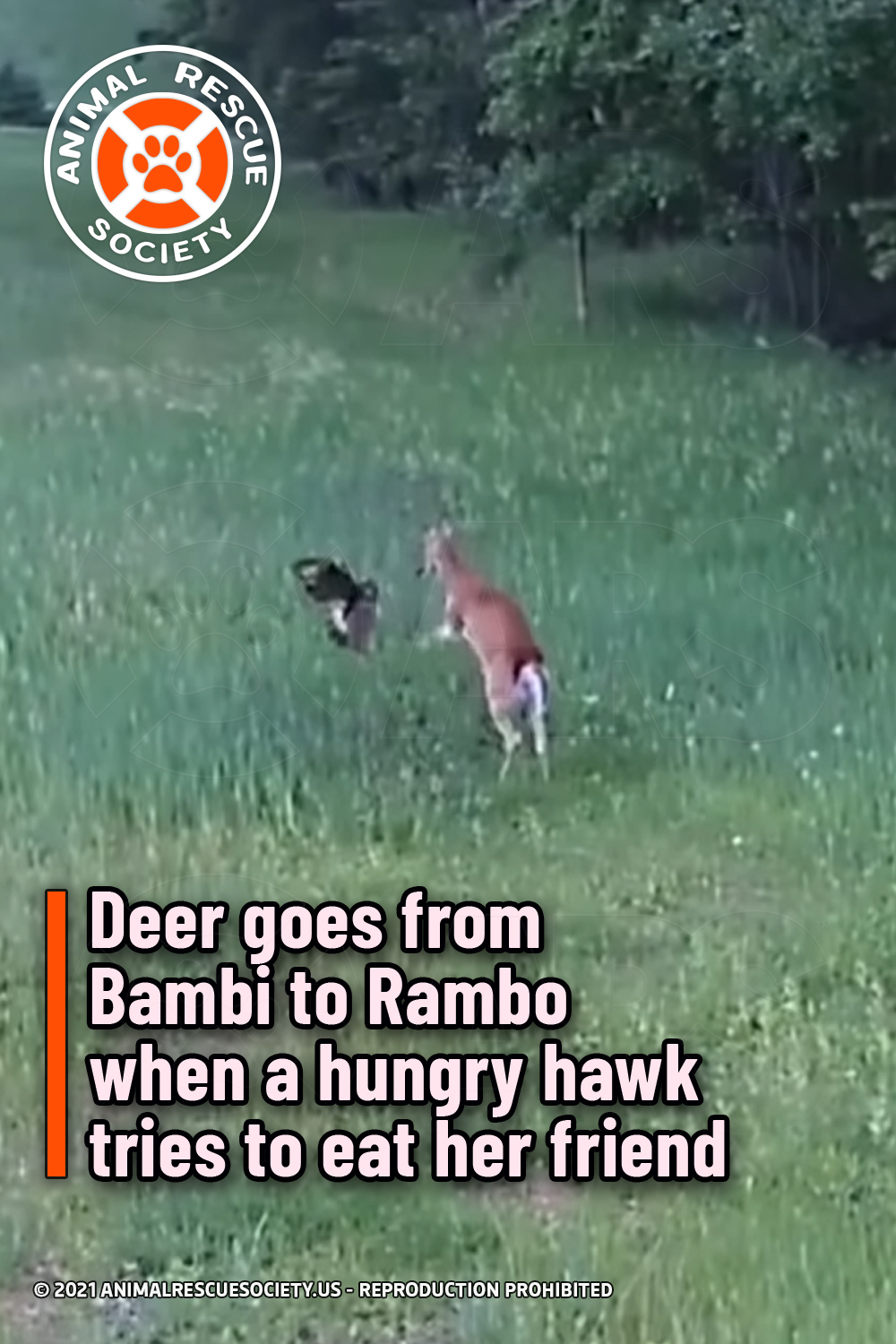