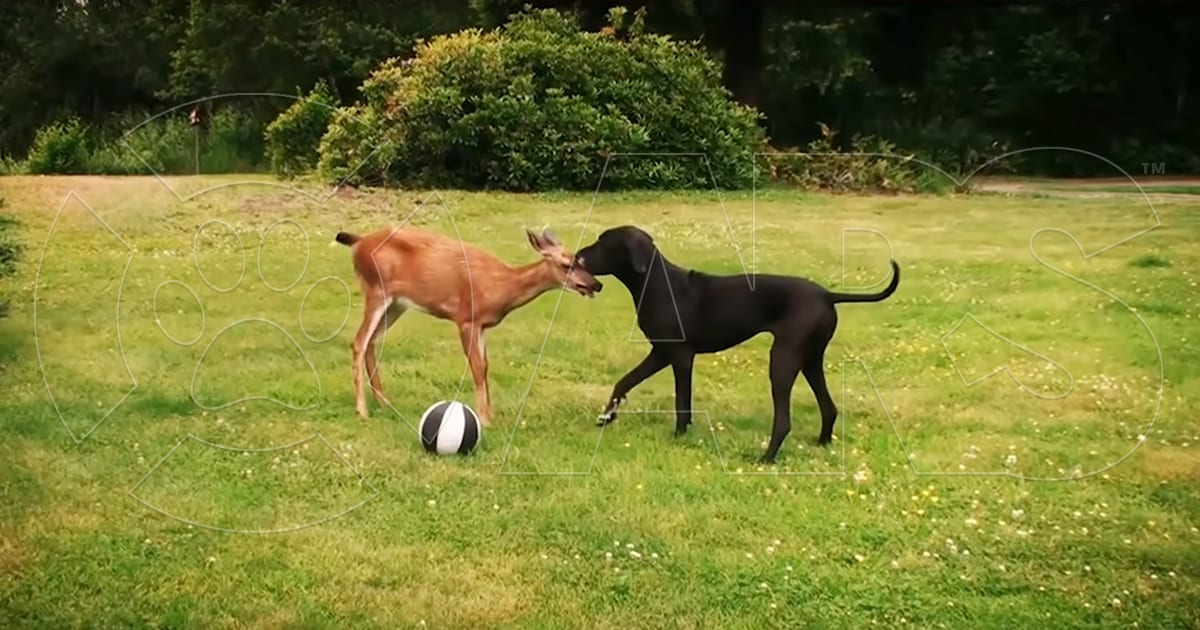 It’s a friendship that you have to see to believe, but these two are indeed inseparable. Pippin, the deer, and Kate the great dane have become closer than anything you’ve seen, actively seeking each other out to spend time with each other. What a compelling animal friendship.

An ailing fawn who was showing no signs of hope was placed on the dog’s bed just before being hauled to the vet. Instantly Kate, the great dane, fell in love with the sick little deer, nursing it back to health and while taking on the role of mother for Pippen.

Two weeks after being up on her feet, Pippen, the young fawn, was compelled to sleep outside in the bushes where they found her. Yet, every single day she came back to return to her mother.

Six months later, Pippen had grown into an adolescent deer, and the two began to bond as friends rather than mother and daughter. Wait until you see her play. Today, she’s had her own fawns but remains a best friend to Kate, the great dane. 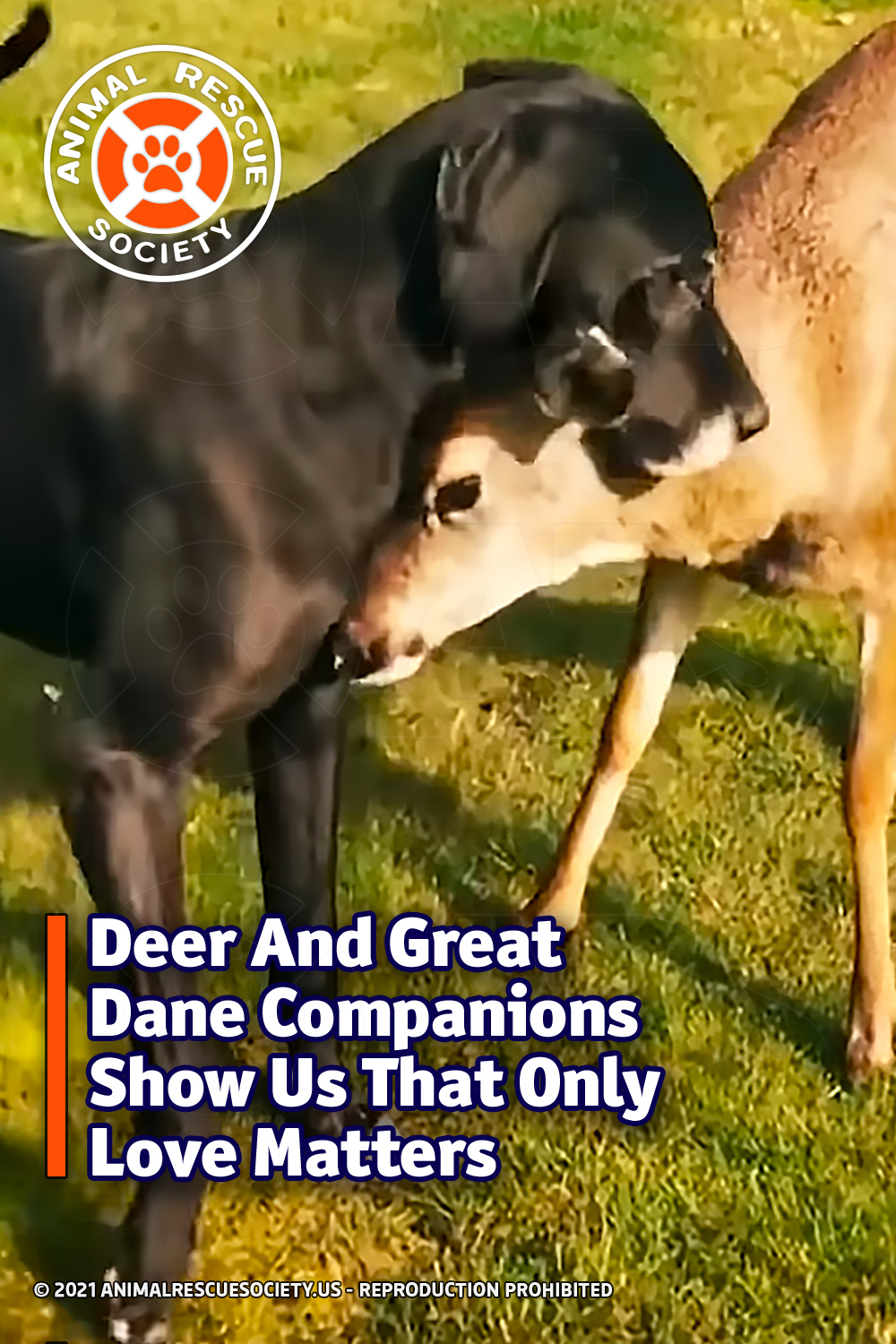