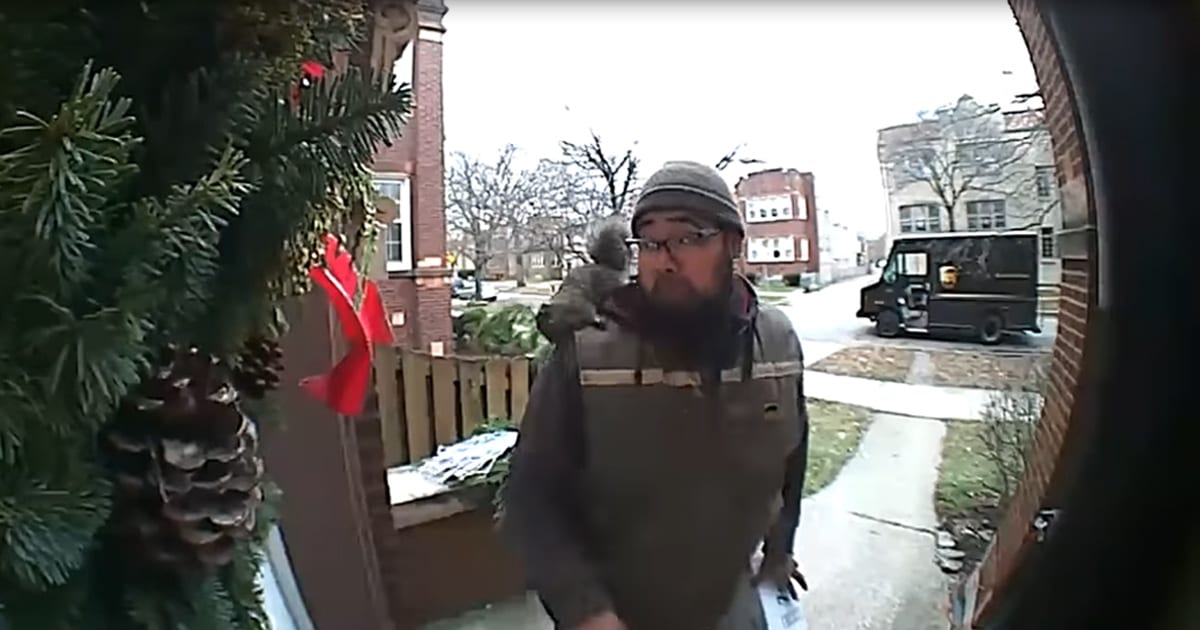 Whenever a squirrel sees a human, it usually scurries up a tree. Even though these creatures are smart, they are quite timid. Recently, a UPS delivery driver had a unique experience as he was waiting for someone to answer their door.

The average person would jump or scream by such a surprise, but not this man. You can see the squirrel approach the man from behind as it perches on a nearby ledge. As the man taps on the package he’s delivering; the squirrel leaps onto his shoulder.

With a quick glance to his right, he sees that it’s a squirrel and leans forward to allow the creature to get off. Instead of hopping away, the squirrel then crawls up the man’s back and onto his head, making the delivery driver laugh.

It’s not every day that a wild animal jumps on you during work. As the man continues to giggle, the bushy-tailed creature hops off in the direction it originally came from. The UPS driver watches the squirrel and laughs as the resident answers the door. 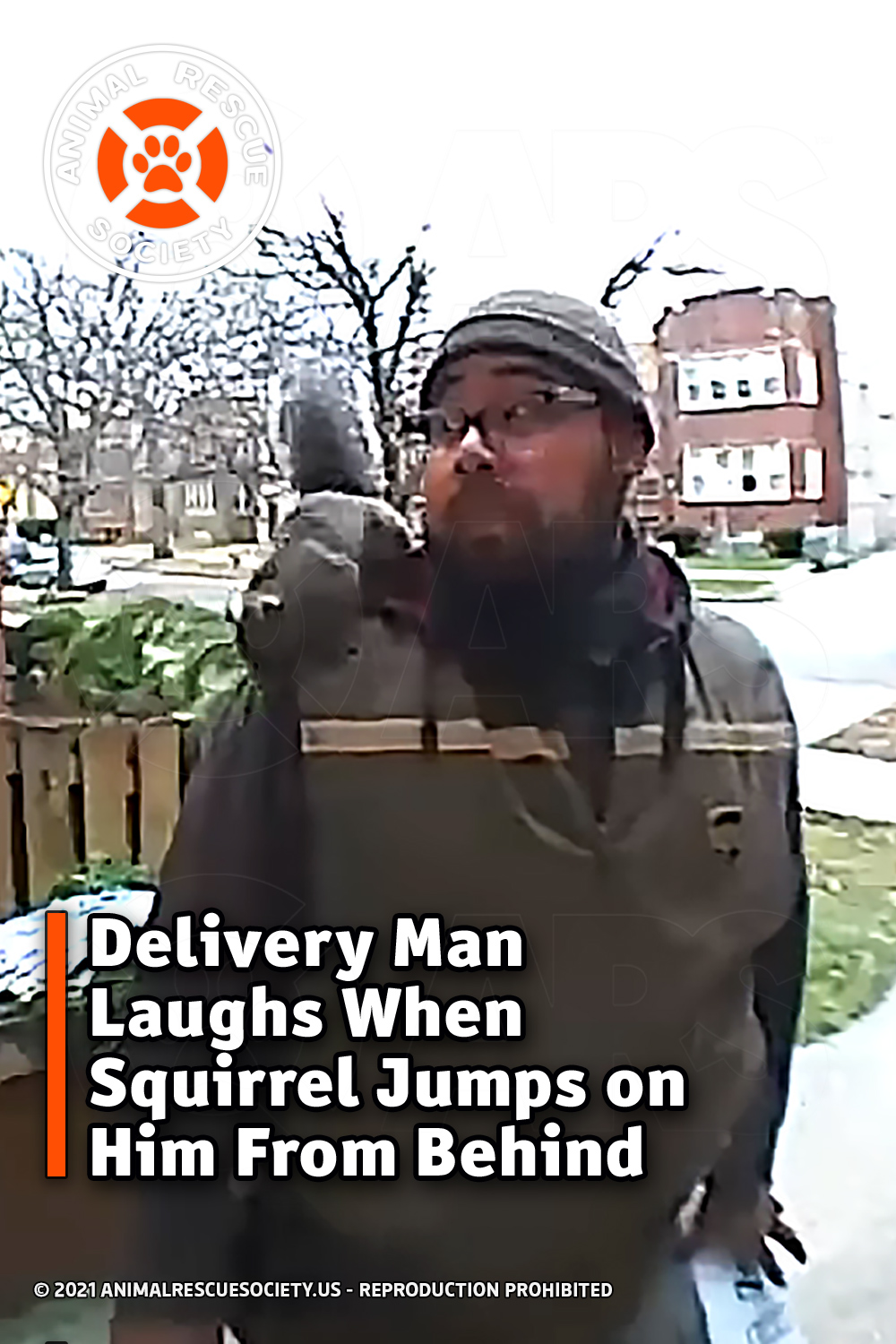