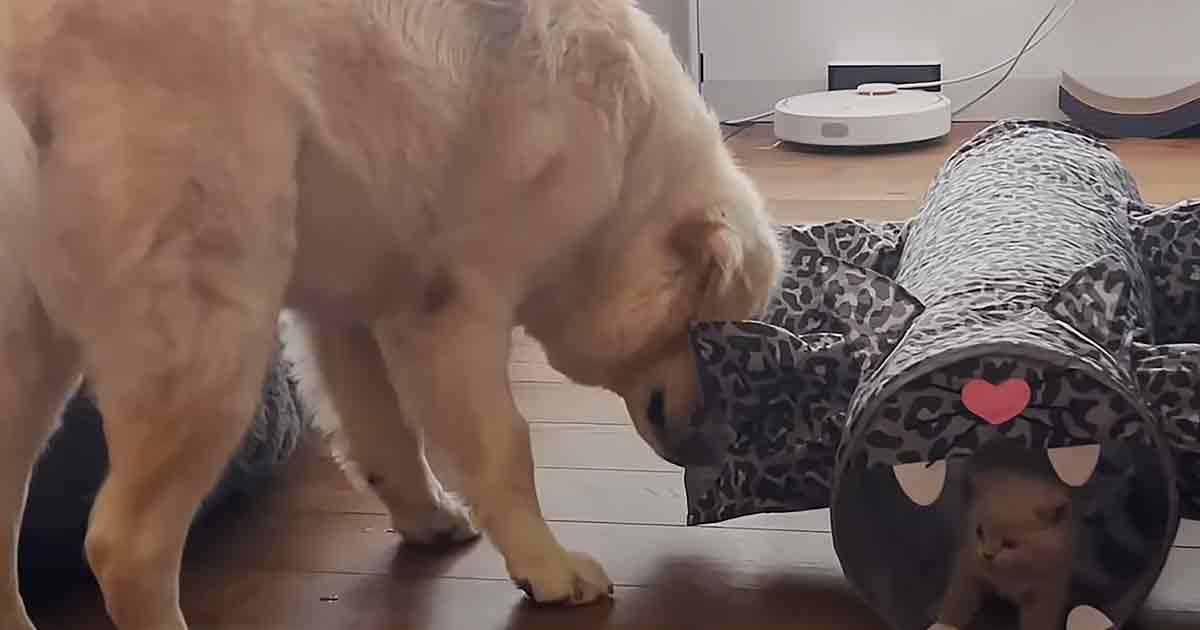 Generally, having a loving pet to come home to is a marvelous thing, but it gets a little more complicated when your loving pet has separation anxiety. That was the case for this Golden Retriever’s family.

For five years, Horlicks the Golden Retriever was the only child of his parents. While he was happy whenever they were around, he hated when they left him at home.

On his fifth birthday, his family thought that adding another animal to the family might be the trick. They decided on the adorable kitten, Hero, to be Horlicks’ animal companion.

The family introduced Horlicks and Hero slowly at first. They put Hero in one room and opened the door wide enough for Horlicks to poke his head into the room. The moment he saw his new friend, Horlicks was enamored.

Hero, on the other hand, was skeptical about his new friend. Later that day, when he wandered around the house, he stalked up to Horlicks. “He hasn’t met a dog, and Horlicks is very big,” said their mom.

When Hero realized that Horlicks was just a gentle giant, their relationship grew in leaps and bounds. They ate together and slept together, and when Hero felt brave, they also played together.

With the new addition to the family, Horlicks’s separation anxiety greatly improved. It turned out all he needed was a younger sibling. “You can see that they love each other,” said their mom. 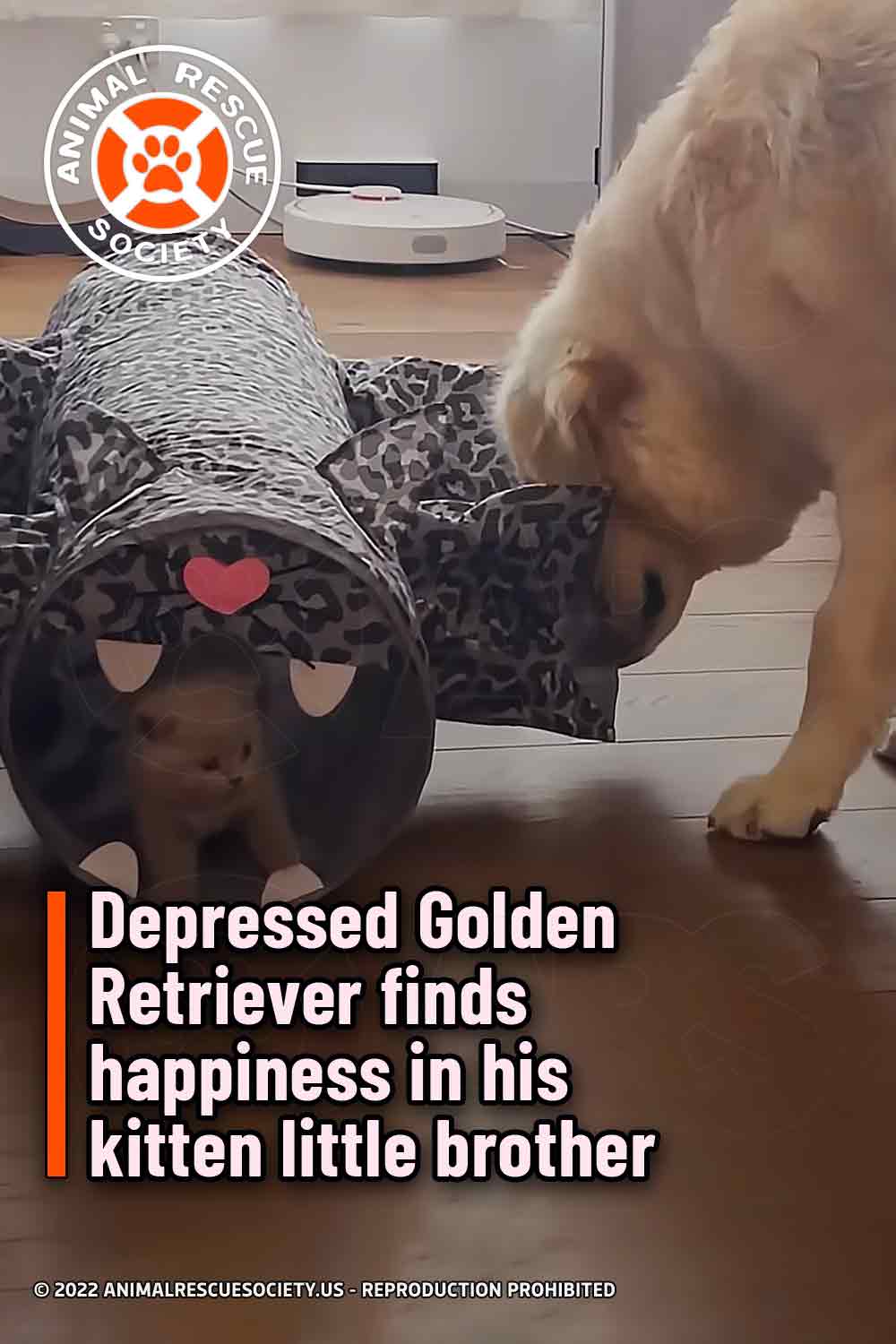