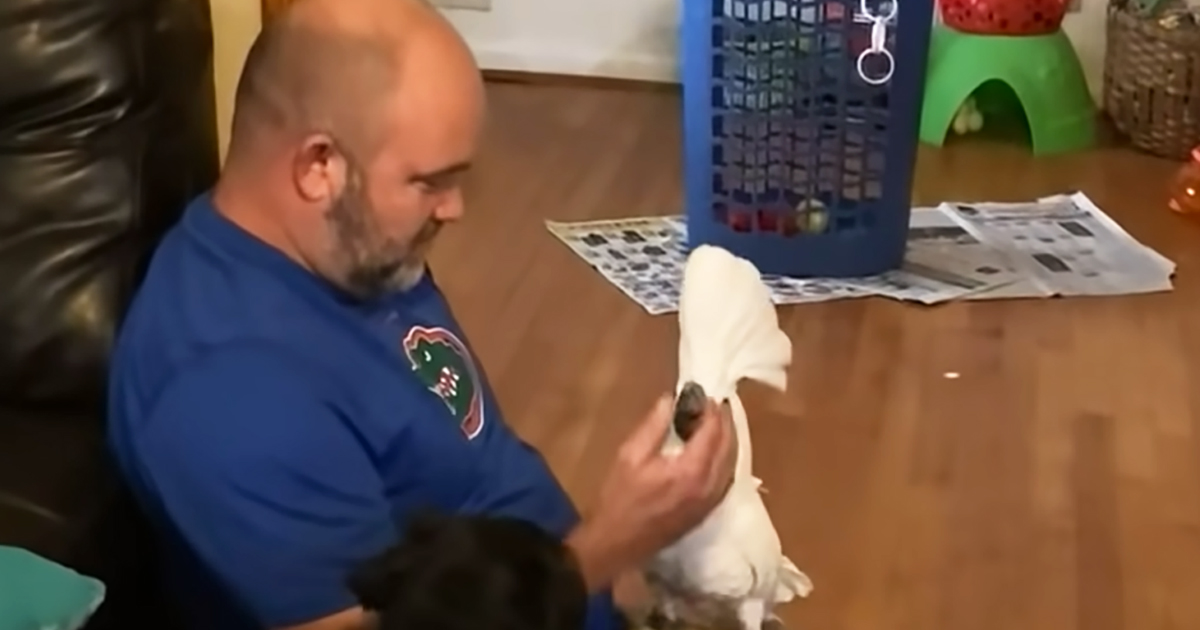 In many families, the ones who are most resistant to the addition of another pet end up loving the creatures the most. At least, that was the case when Buster the cockatoo joined the family.

While he spends most of his time during the day with his mom, Jennifer, Buster always looks forward to four o’clock when his dad, Ken, walks through the front door.

But the end of his dad’s day isn’t the only time when Buster’s personality shines. When he’s not bemoaning his dad being “at work,” Buster plays just like a little kid would. He loves taking rides on blankets, pushing around his toy car, and “helping” his mom solve crossword puzzles. But that usually just means he’s trying to steal her pencil.

On top of playing favorites, Ken and Jennifer’s feather baby likes rocking out to music, bobbing his head, and dancing to match whatever music his parents put on. Sometimes he’ll even join in to sing.

The love between adoptive father and bird is not to be mistaken as one-sided, though. When Ken comes home, he takes the time to give his feather baby pets and hear all about his day.

For someone who was first against getting another pet, Ken warmed up to Buster, letting the cockatoo nibble on his ear and cuddle with him in his recliner at the end of the day.

“[Ken] is not the type of person to really wear his heart on his sleeve,” Jennifer said. “So it’s really endearing for not just me but his kids to see him and Buster.” 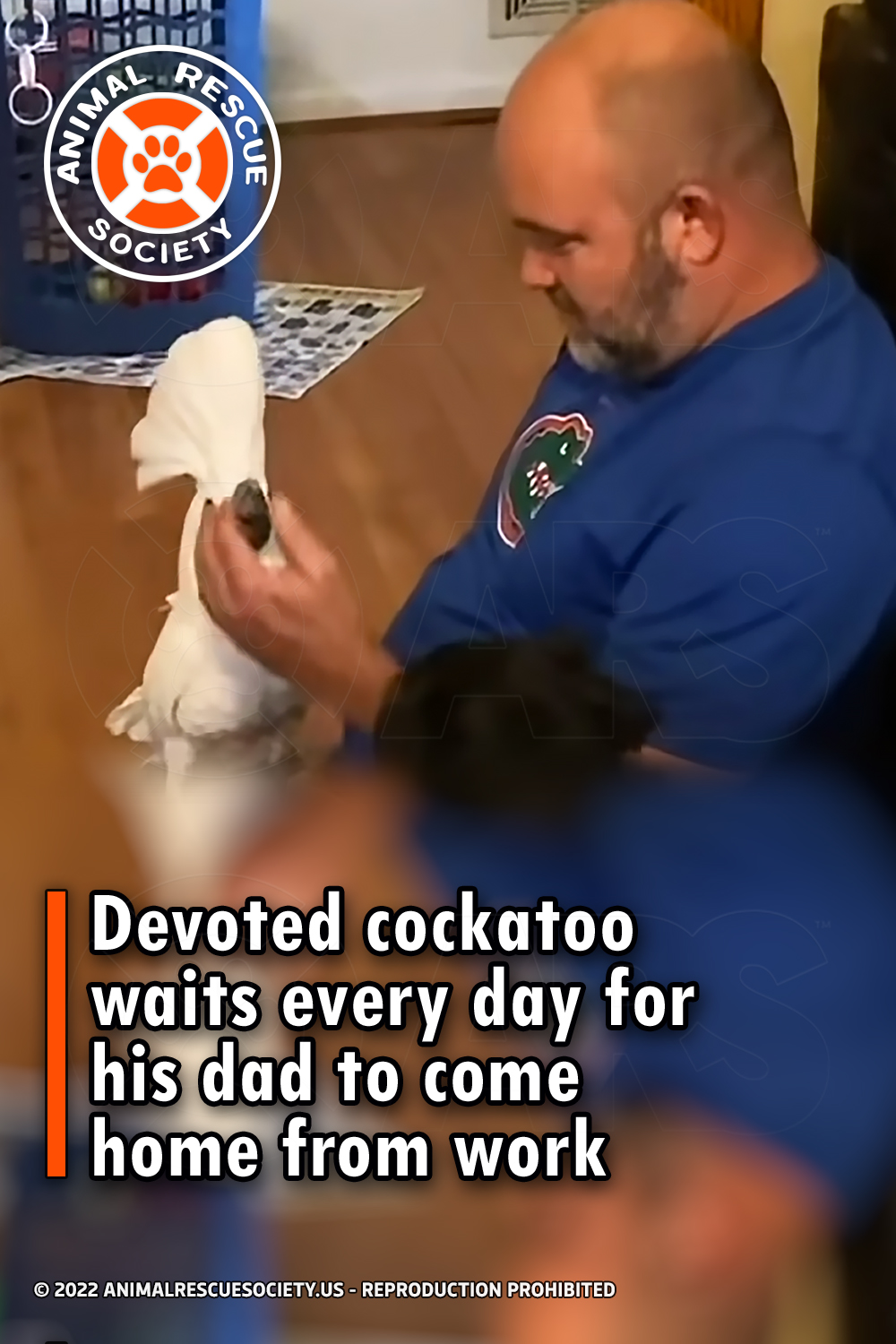