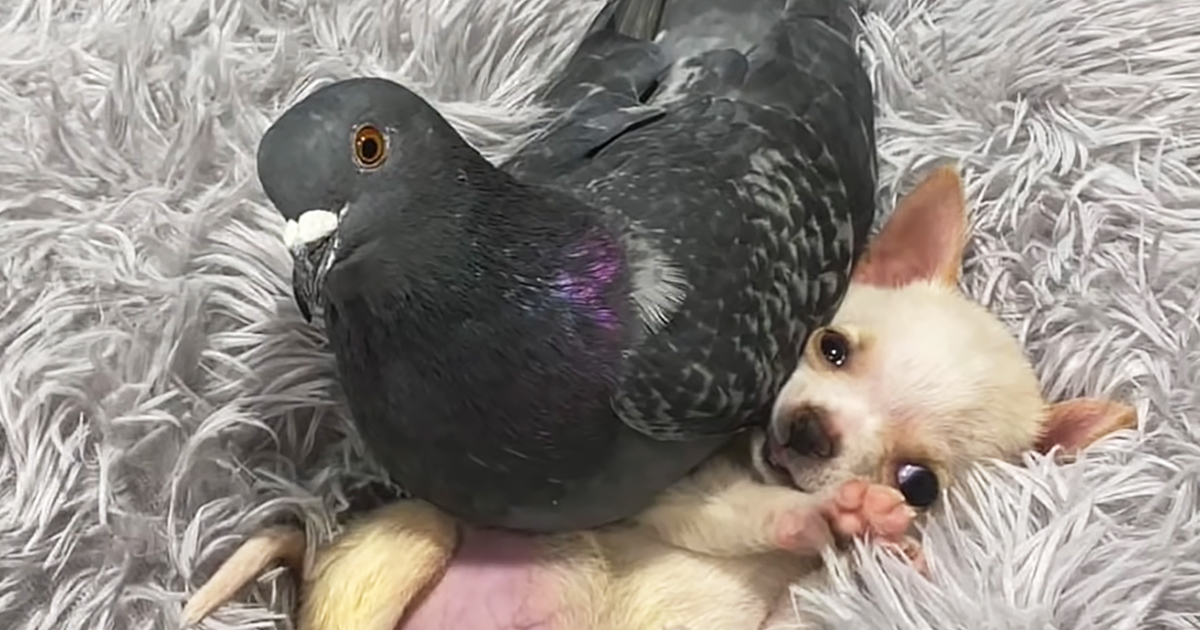 When a woman who runs a puppy rescue receives a call about a pigeon, she doesn’t hesitate to answer it. The pigeon had stayed in the same spot in a parking lot for several days.

They quickly realized the pigeon, who they named Herman, was sick. The puppy rescuer tube fed him for several days. Eventually, Herman got better, but he never regained the ability to fly.

The kind woman couldn’t find a home for Herman, so she decided to keep him. She introduced him to the puppies she fosters, and all he wanted to do was cuddle with them. He’s even tried preening them.

He’ll “nest” on top of the puppies, attempting to keep them warm. The puppies seem to enjoy the attention and cuddles and never chase Herman away.

The woman tries to give Herman’s life purpose. Since she knows he can’t fly away, he goes outside in the summertime and explores her yard. She calls him “spoiled” in the video, but it’s clear that she loves the pigeon very much.

At one point, the woman helps Herman to roll over. After, he stands up straight and marches around in a circle several times. She explains that he’s very proud of himself for rolling over.

This puppy rescue is fortunate to have such a gentle pigeon with them. Herman is very lucky to have all of them as well. What could’ve been a sad situation was made into a joyful purpose. 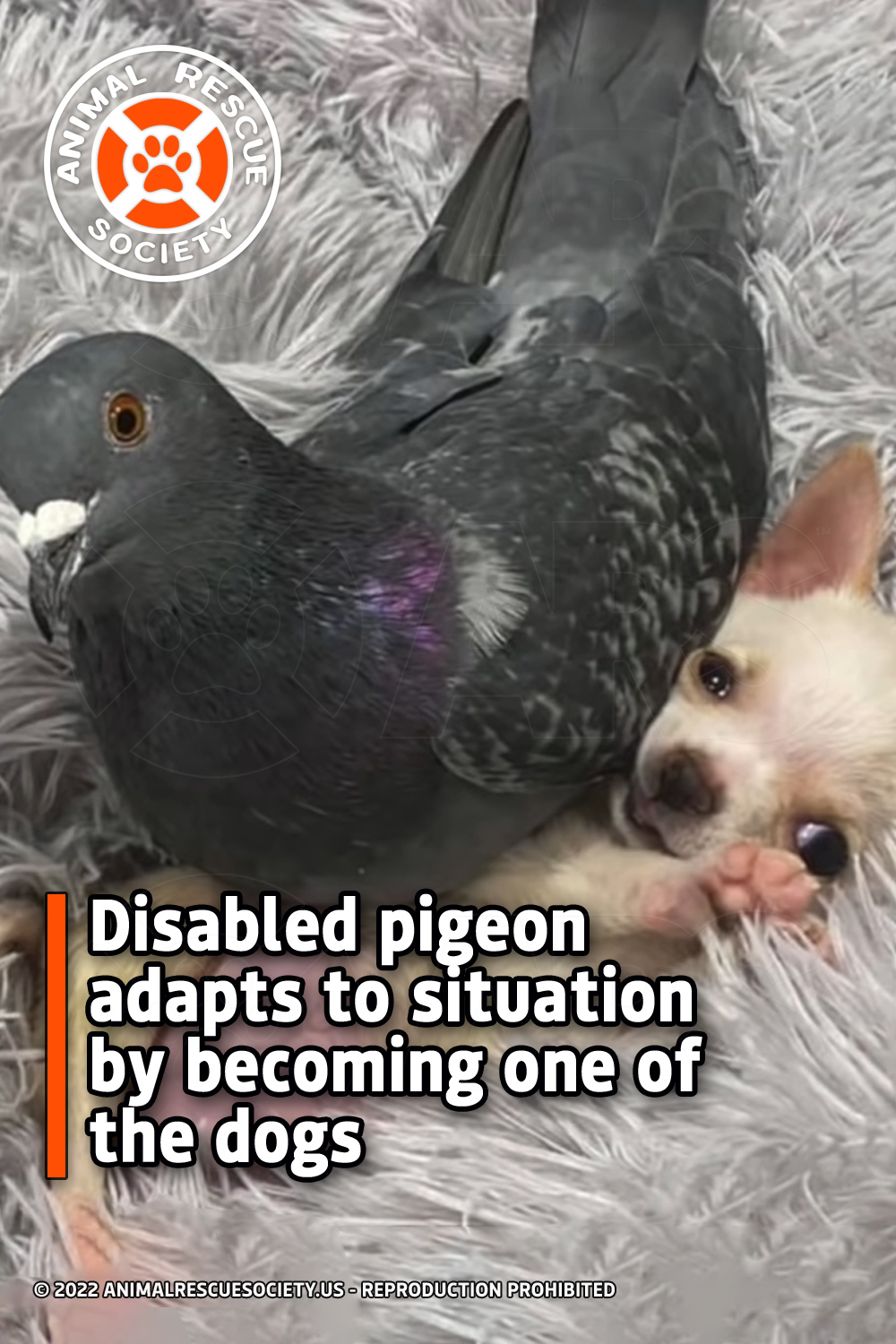