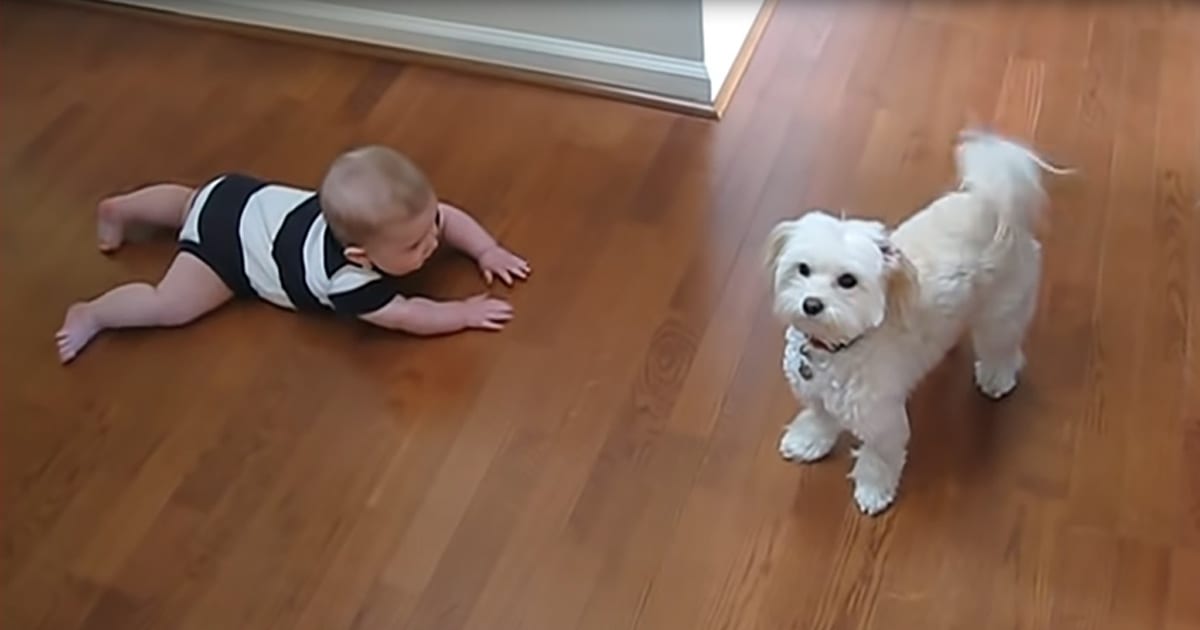 Keeping babies entertained is a really difficult task. Their minds aren’t really developed for television or computer/tablet screens. Too much of it could even hurt their eyes. So what do you do to occupy them when there’s only so many times that you can stick them under mobile or read a picture book? In the case of this video: enlist the dog.

This dog does his best to keep everyone’s attention. We see a baby named Rocco, who is basically learning to crawl. Chopper is a dog that looks like he’s in the Maltese family, is waiting nearby. His mommy seems to hold up a treat off-camera, and he stands on his hind paws and spins around several times in a “dance” of sorts. This sends Rocco into fits of shrieking giggles.

I have to say, though, Chopper works awfully hard to get two measly bites of treats. They had better be some of the highest quality treats out there. One time he’s standing there dancing for at least a minute and a half before anything. Some might think that Rocco’s laughter is the reward, but laughter doesn’t fill one’s tummy.

It looks like both of them are having fun, though. Next time, I think Chopper should hold out for more treats per minute. We love stories like this – no doubt, Chopper, and Rocco are going to have lots of memorable moments together. 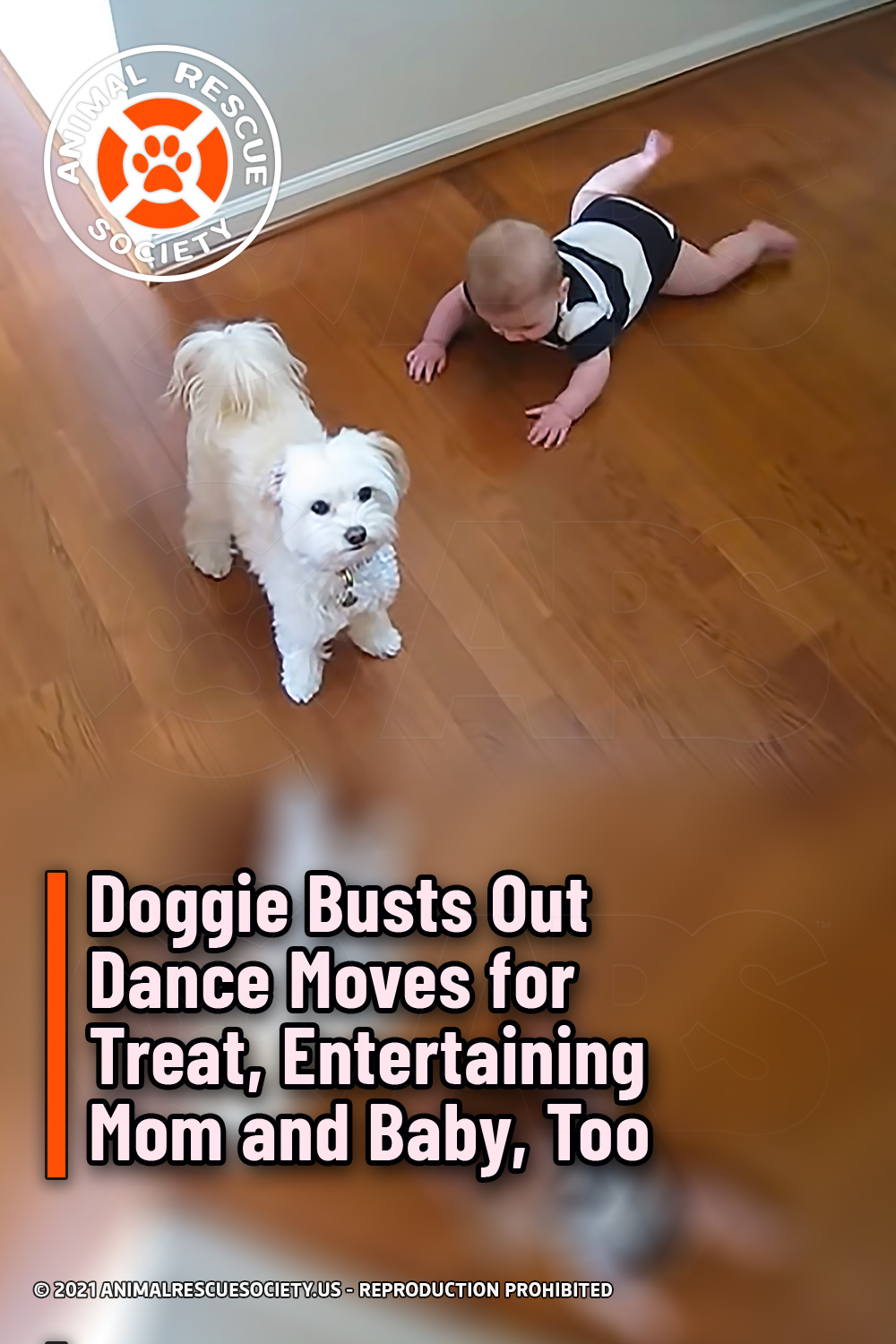