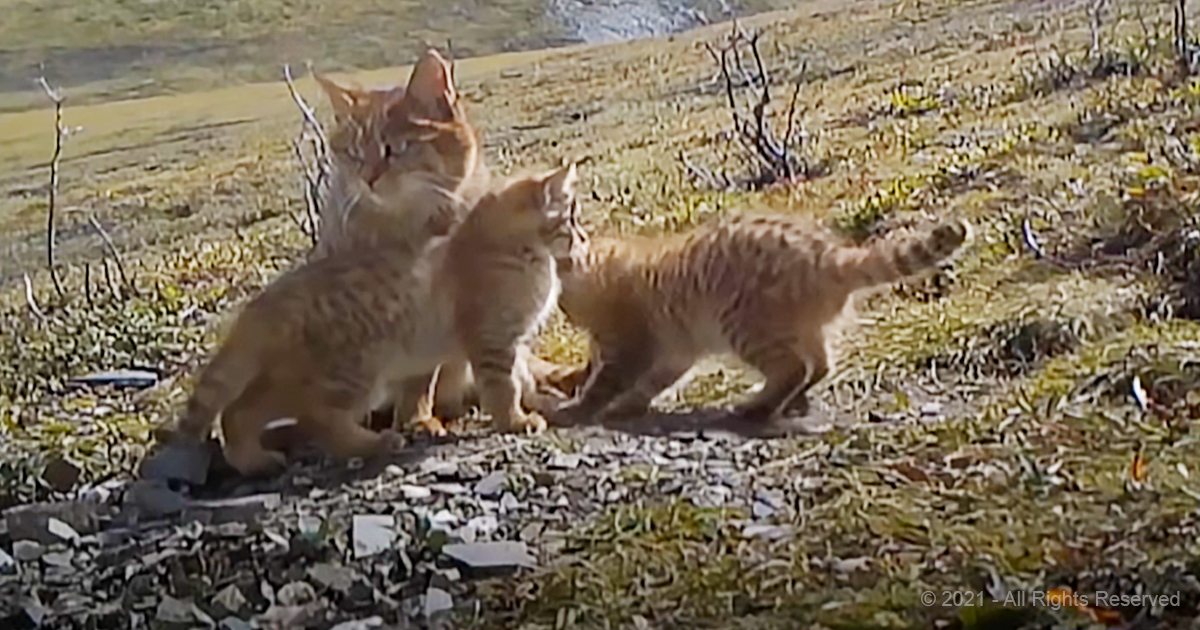 A small family of one mother and 2 kittens were captured on film for the first time in the wilds of China. These cats are endangered, but by the way the kittens play they probably don’t know that.

For the first time ever, a mother and two kittens from the rare Chinese Mountain Cat species were recently caught on camera. Living in the Qinghai Province, these little cuties live out their lives in the inhospitable northwest of China.

There are less than 10,000 of these fluffy little furballs left in the wild, which is why they are listed on the endangered species list. In China, they are classified as “second class protected” animals.

The Chinese Mountain Cat primarily lives off of a diet of pikas, a small rodent that lives in Asia, North America, and Europe. They are uniquely marked with sand-colored fur that stands in direct contrast to their dark “guard hair” and ringed tail.

This is just one more example of how many species there are out there that we have yet to discover, much less properly document. Watch the frolicky kittens in this wild family, and see how close they seem to the domestic cat sitting right beside you. 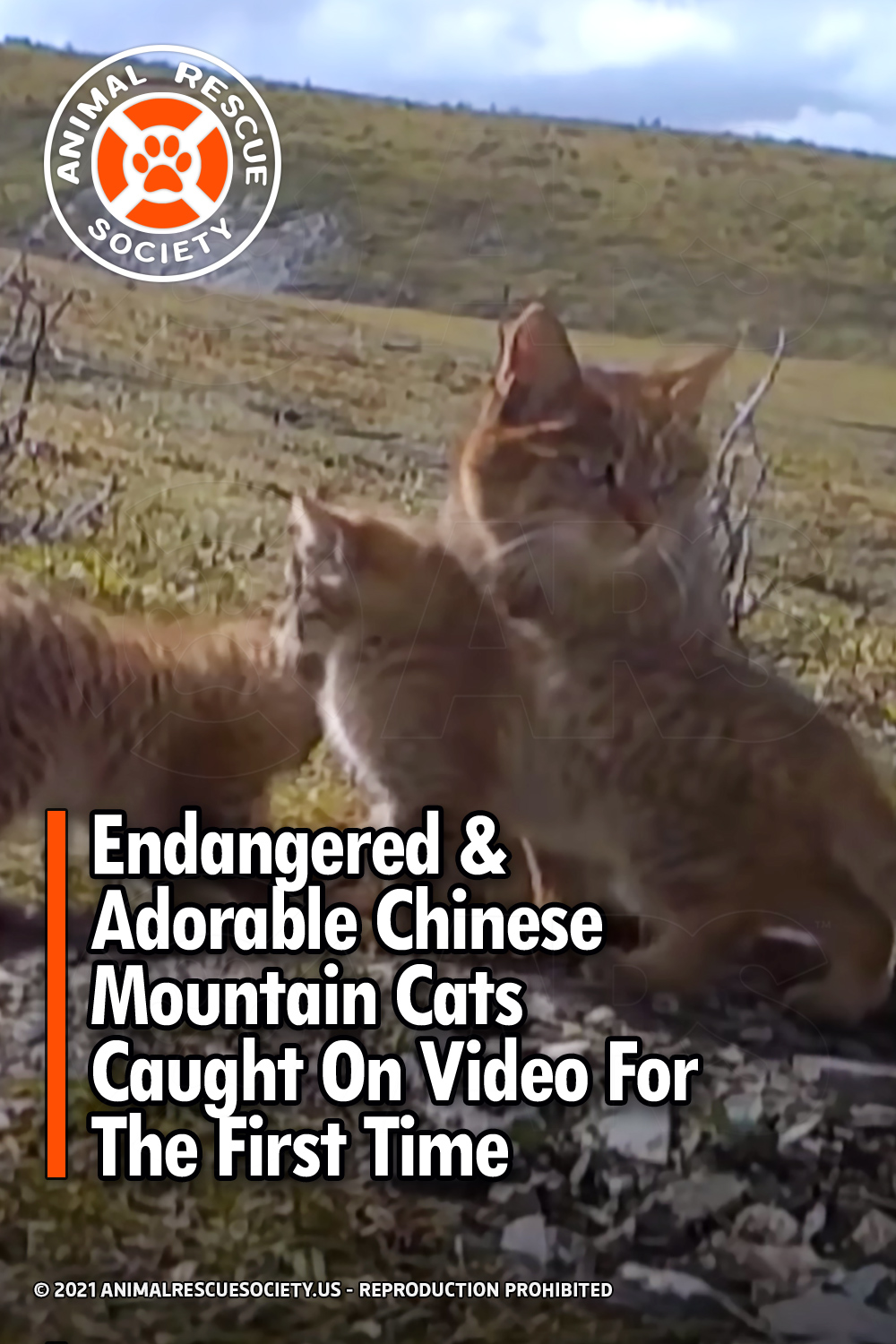